Accessibility links
Illinois Hospitals Race To Increase Staff For Expected Surge Of COVID-19 Cases Nurses were already in short supply before the pandemic began, and Illinois hospitals are competing with other states for extra workers. 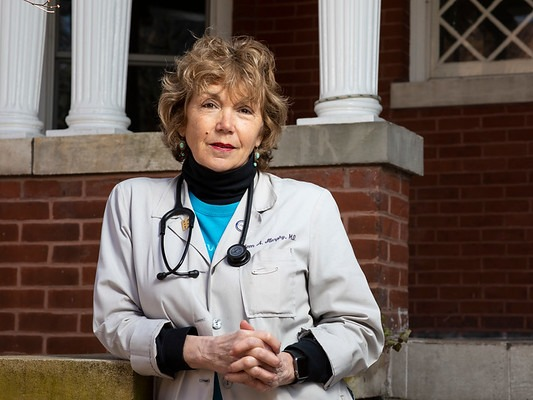 Eileen Murphy, a retired doctor, volunteers to return to work in Illinois amid outbreak of COVID-19. Manuel Martinez/WBEZ hide caption

Every day, hospitals in the Chicago area send home nurses and doctors who catch COVID-19 at work or are exposed to it, creating a staffing crunch that will likely get worse soon.

As Illinois expects the number of cases of the coronavirus — and hospitalizations of the sickest patients — to surge in the coming weeks, hospitals are racing to staff up.

Dr. Jay Chauhan, president of the Chicago Medical Society which represents physicians, looks to Italy, where dozens of physicians have died, and scores have been infected and unable to work.

"So what we're concerned about is if that holds true here, we're going to have a shortage of manpower," Chauhan said.

Hospitals are offering substantial pay to woo nurses from around the country to parachute in for the next few weeks or months. Big health systems are moving around employees to where they're needed most, or having some healthy workers stay home for now, back-up for when their colleagues get sick.

Other medical centers with fewer resources, such as Roseland Community Hospital on the Far South Side, are asking for volunteers and even calling friends and family for help.

"According to our infectious disease physician ... the numbers that we see today will be multiplied by 10 within two weeks," said Tim Egan, Roseland's CEO.

Egan is reaching out to recent retirees and even to doctors who've left for other hospitals to see if they want to pick up extra shifts. Medical students like Jennaire Lewars are arriving at Roseland to work for free.

The state is helping, too, by creating "a temp agency" of health care workers, according to a spokeswoman for the Illinois Emergency Management Agency. They would help staff the 3,000-bed field hospital going up inside the otherwise empty McCormick Place Convention Center, just south of downtown Chicago. Officials say the hospital would be used for overflow and non-acute patients with COVID-19.

The pay? Nurses could make $85 an hour, according to an ad from the Illinois Emergency Nurses Association. That's far more than many local nurses earn, several told WBEZ, and more than twice as much as the median $36 hourly wage for the region, according to the federal Bureau of Labor Statistics.

The state is also recruiting retired doctors and nurses to come back to work.

Dr. Eileen Murphy, 64, had been busy volunteering outside the medical field after retiring from being an obstetrician. Plans to hike the Appalachian Trail and a trip to Egypt are now out because of the pandemic. So she's applied to help the state.

She acknowledges that she's among the high-risk population that could get sick, but said, "there's risk in everything we do."

"It's almost like a little bit of survivor guilt, where they feel bad that they can't help out," Murphy said. "That's how a lot of health care providers are wired. They want to help."

How many doctors and nurses are needed? Unclear, for now

It's not clear just how much extra help Gov. JB Pritzker and hospital leaders think they'll need as medical centers prepare for a surge in COVID-19 patients. But every day, the number of cases climb, as do the number of people who are dying from the coronavirus. 157 deaths were tallied as of Thursday, and nearly 7,700 people were infected.

And nurses and doctors on the front line continue to plead for more masks, gowns and other so-called personal protective gear to keep them from getting COVID-19 and spreading it, which causes a blow to the workforce.

It's not clear how many total health care workers in the Chicago area have been off the job after getting COVID-19 or needed to self-isolate after been exposed to it. The Illinois Department of Public Health did not respond to questions about whether they're tracking this. But hospitals tell WBEZ they are reporting that information to the state.

For example, as of Tuesday, Roseland had 16 people out of work after either testing positive for COVID-19 or waiting for test results, Egan said. At the University of Illinois health system, 68 employees have tested positive, 30 of which are nurses, a spokeswoman said. Dozens more health care workers are under surveillance at home, according to the Illinois Nurses Association. There are more than 5,400 employees within the U of I health system.

The University of Chicago Medical Center on the South Side recently mandated that everyone wear a mask so the research-focused hospital could bring back "several hundred" furloughed workers. A spokeswoman said the employees were furloughed either because they had been exposed to COVID-19 or had traveled to high-risk areas.

Meanwhile, hospitals are strategizing about how to bring on more health care workers or work with their existing staff.

Northwestern Memorial Hospital near downtown Chicago and Advocate Christ Medical Center in south suburban Oak Lawn are among those offering nurses lucrative pay for short-term gigs. Nurses could make $70 an hour working 12-hour shifts at Northwestern's intensive care unit, which treats the most critically-ill patients, or $55 an hour at Advocate Christ's emergency room, according to ads recruiters have sent local nurses.

Another recruiter is offering nurses up to nearly $4,000 a week to work at unspecified places in Illinois.

But nurses were already in short supply and high demand before the pandemic began. Illinois hospitals are also competing with other states for extra workers.

"The trajectory of what's going to happen is still fairly unknown," said Jeffrey Murphy, president-elect of the Illinois Emergency Nurses Association and executive director of emergency and trauma services at U of C.

NorthShore University HealthSystem isn't yet hiring temp workers for the outbreak, said Doug Silverstein. He runs NorthShore's Evanston Hospital and leads a system-wide committee to make sure there are enough health care workers for the expected surge.

Because the health system severely cut back elective surgeries, it so far has staff on hand to float to other departments. On Wednesday, for example, there were about 650 employees — the majority of them nurses and doctors available to help. Some of those workers are being trained to manage ventilators, key for many patients with COVID-19 who get pneumonia.

If a lot of staffers start calling in sick before their shifts, Silverstein said the health system may "operate sort of our own concept of a jury pool." They could call in health care workers on reserve at home and slot them into units where there's need, he said.

"We're actually now starting to need more of our staff and calling them in for the next day more quickly than we were a week ago," Silverstein said. 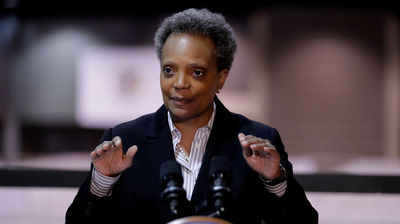 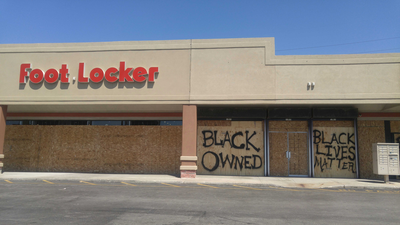 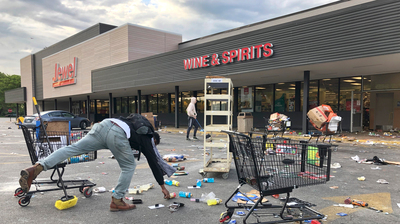 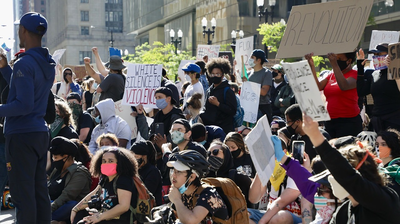 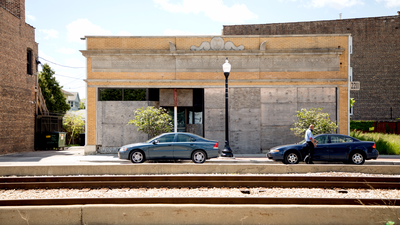 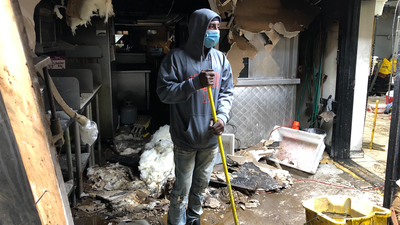