Accessibility links
Pick For Top Cop Did Not Reduce Violent Crime In Dallas. How Will He Do In Chicago? "To think that a police chief, any police chief, is going to come into any city and solve the homicide problem, that's not going to happen," said a Texas criminologist.

Pick For Top Cop Did Not Reduce Violent Crime In Dallas. How Will He Do In Chicago?

Pick For Top Cop Did Not Reduce Violent Crime In Dallas. How Will He Do In Chicago? 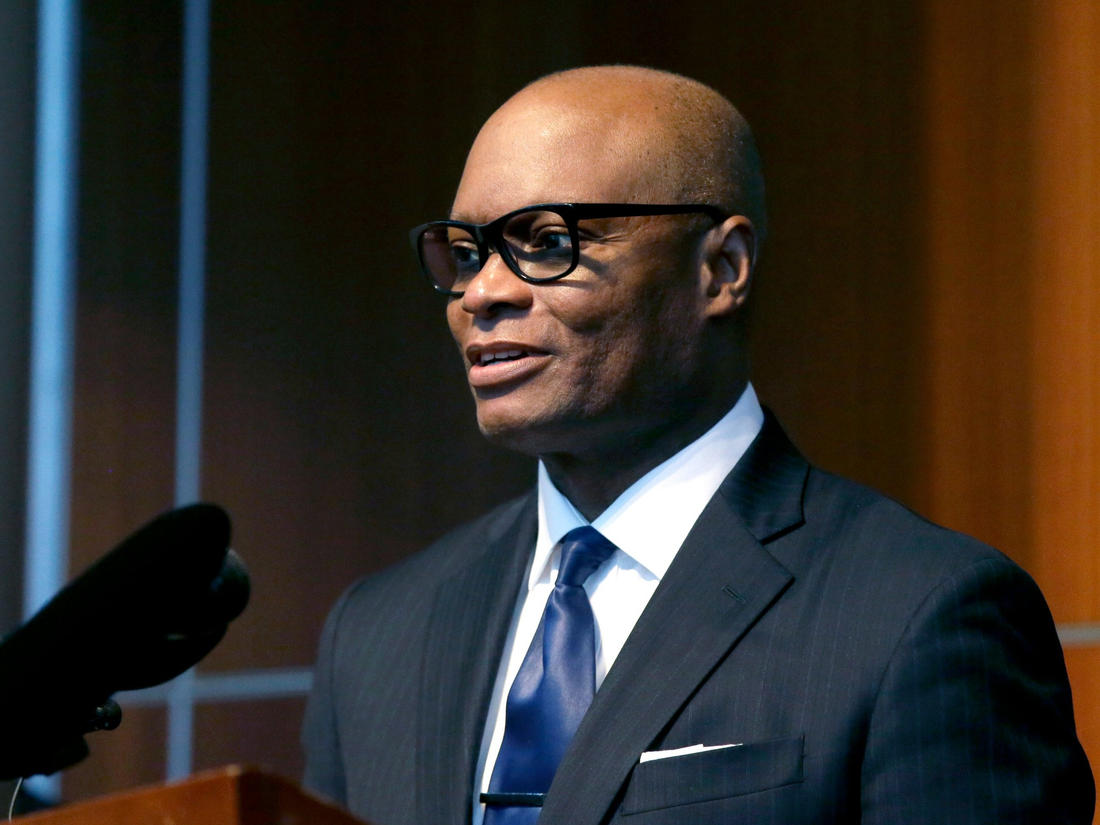 But data from Brown's tenure show that while overall crime decreased, violent crime and murders did not.

Experts from Dallas said the crime numbers paint a complex picture of Brown as a police leader.

In 2010, Brown's first partial year as chief, Dallas suffered 148 homicides, according to data from the Dallas Police Department. In Brown's final year as chief, 2016, there were 172 killings. The city's murder rate, which is the number of homicides compared to the city's population, fluctuated throughout Brown's tenure, but was basically the same when he left the chief's office as it was when he entered it.

In 2014, the city experienced an 80-year low in homicides, with 116. But those numbers immediately climbed back up in the following years.

Overall violent crime in Dallas, including things like rape and assault, was similarly unchanged under Brown. At the start of his tenure as chief, and at the end of it, Dallas had the same violent crime rate of about 7.6 incidents per 1,000 residents.

"That's not going to happen"

"I think the city of Chicago is very fortunate to have someone of his experience, his leadership, his candor and his demeanor," Piquero said.

But Piquero also warned Chicagoans against expecting Brown to come in and fix the city's gun violence problem.

"To think that a police chief, any police chief, is going to come into any city and solve the homicide problem, that's not going to happen," Piquero said. "They can do very little about getting people to stop, you know, killing each other over guns and stuff like that. They just don't have the power to do that."

Anthony Galvan, with the Institute for Urban Policy Research at the University of Texas at Dallas, agreed that Brown didn't have much control over homicides and other violent crime levels in Dallas.

Galvan said most violence in Dallas is interpersonal, and gangs and drug dealing are not major factors.

"Increased patrol and stuff like that doesn't doesn't keep, you know, a man from beating his wife," Galvan said. "Dallas isn't this huge hotbed of gang violence. And so, you know, a reduction in violent crime is not necessarily a product of policing."

When asked if that would be a problem for Brown, since Chicago does struggle with street violence, Galvan said he didn't think so, and that Brown did have anti-gang strategies when he was in charge.

Still, Galvan said it was "debatable" whether Brown had any lasting impact on violence in Dallas.

Piquero said a better measure of Brown's strategic decision making was the city's steady drop in nonviolent crimes between 2010 and 2016.

While violent crime stayed flat, the overall crime rate dropped by about 20 incidents per 1,000 residents under Brown's leadership.

"Police chiefs can do very little about stopping someone inside a house or a parking lot from killing someone. ... They can do more with respect to burglaries and robberies by altering the conditions in some of the hot spots in terms of, you know, inundating certain areas with police officers and getting gang members and career criminals off the street," Piquero said. "But, you know, at the end of the day, what matters the most is what the police do. And if you train them and empower them, they can have localized effects on crime in certain areas for certain crime types."

Brown was able to drastically reduce the number of complaints of excessive force against officers. Experts in Dallas credit policy changes implemented by Brown related to foot pursuits, use of force and deescalation.

In 2010, the year Brown took over as chief, citizens made 127 complaints of "inappropriate force" against a total of 230 officers, according to Dallas Police Department data.

In 2016, the year Brown retired, there were 21 such complaints against 39 officers.

"I've seen Chief Brown fire more officers than you can shake a stick at," Hopkins said.

"It sounds kind of cheesy, but, you know, he really cared about police treating citizens in a very fair way," Piquero said. "He embraced the idea of procedural justice and legitimacy of how police should interact with their citizens."

But Brown was not able to have a similar impact on the number of shootings by his officers. Data from the Dallas Police Department show that during his six years as leader, Dallas police averaged more than 16 shootings per year. In the decade before he took over, the department averaged about 15 annual shootings.

Sara Mokuria, a co-founder of the Dallas-based Mothers Against Police Brutality, said that lack of change in shooting numbers showed the true lack of progress under Brown.

Mokuria said Brown did a good job reaching out to the community, and often "said the right things" after shootings or other high-profile incidents involving police. But she said Brown did not fundamentally change the behavior of Dallas officers, as she believed was necessary.

"It was like lipstick on a pig. You know, the words, the words often were what we wanted to hear," Mokuria said. "But the actions were rarely there." 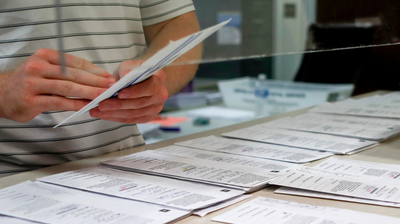 A man processes mail-in ballots during the 2020 primary. This month, Chicagoans who've voted in the last two years will automatically receive an application to vote by mail. Keith Srakocic /Associated Press hide caption

July 7, 2020 • Notices will be sent out this month to a million voters in Chicago alone, inviting them to register for vote by mail ahead of the November elections. July 7, 2020 • Federal Paycheck Protection Program loans of up to $10 million went to Oberweis Dairy, Willow Creek Community Church and many others in Illinois. Recent graduates of the University of Illinois College of Law are among a group that has filed an emergency petition asking the Illinois Supreme Court to waive the bar exam requirement. David Mercer/Associated Press hide caption 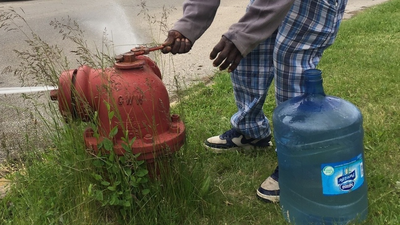 Vernal Green uses a monkey wrench and a five-gallon bottle to collect water from a fire hydrant near his West Woodlawn apartment in May. On Monday, Chicago expanded its Utility Billing Relief program to help homeowners struggling with their water bills. But the program won't help thousands of renters like Green. His apartment building has been without water for two years. Maria Ines Zamudio/WBEZ hide caption

July 7, 2020 • The city's Utility Billing Relief program is expected to help 20,000 households, but it doesn't include renters. 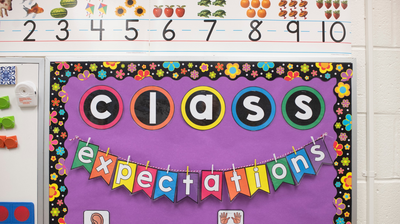 New teachers starting in the profession this fall will have try to set the culture in their classrooms (or virtually) during a time like no other. Marc Monaghan/WBEZ hide caption

July 6, 2020 • Roughly 4,000 new teachers will join the profession this fall after an interruption in their training — and a crash course in remote learning. 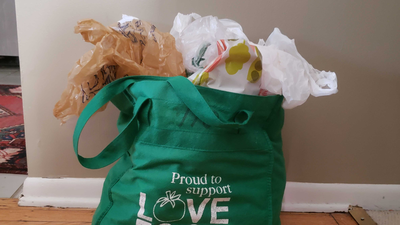 July 6, 2020 • Confused by Illinois' reusable bag ban? You're not alone. Here's what it means and how different stores are enforcing it.