Accessibility links
Love Them Or Hate Them, E-Scooters Are Returning To Chicago This Summer A second pilot program will be on a much larger scale, spreading 10,000 scooters across the city.

Love Them Or Hate Them, E-Scooters Are Returning To Chicago This Summer

Love Them Or Hate Them, E-Scooters Are Returning To Chicago This Summer 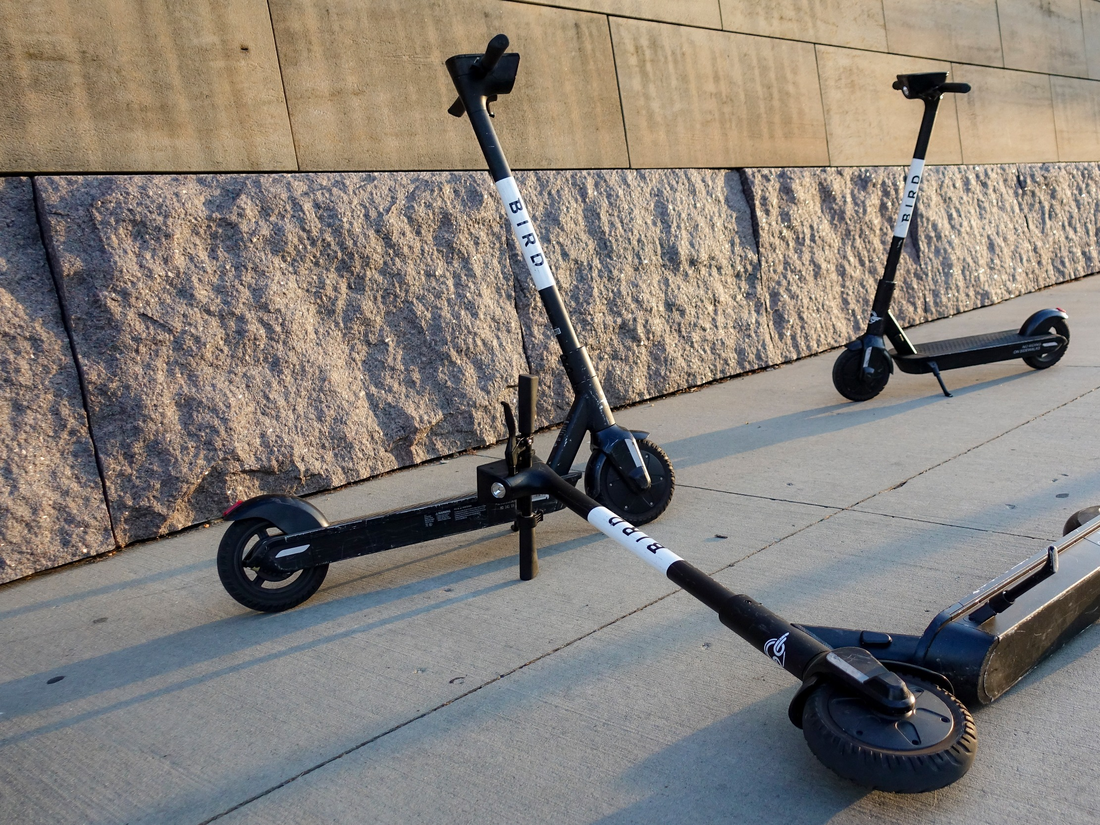 This time, there will be some new rules, and four times as many scooters — up to 10,000 — available in most neighborhoods outside of downtown. John Minchillo/Associated Press hide caption

Electric scooters are coming back to Chicago for a second pilot program this summer. (Hold for groans or applause).

This time, there will be some new rules for vendors and riders, and four times as many scooters — up to 10,000 — that will be available in most neighborhoods outside of downtown. The new four-month pilot will begin in late July or August, according to the city.

The city's Department of Business Affairs and Consumer Protection led the program, and Commissioner Rosa Escanero told WBEZ last year that people were split on the scooters — thinking they were "the greatest thing ever" or "terrible."

For the second pilot, the Chicago Department of Transportation will oversee the program.

"The goal of the second pilot is to apply lessons learned from the first pilot and focus on issues of equity, parking solutions and safety, especially so during this time of the unprecedented COVID-19 health crisis," the department said in a statement.

The next pilot will allow for 10,000 scooters, and riders will be able to go anywhere except the lakefront, The 606 trail and the central business district bounded by Chicago Avenue on the north, Roosevelt Road on the south, Halsted Street on the west and another western boundary on Clark Street between Chicago and Division Streets.

The number of scooter vendors will be slashed to three from the 10 in last year's pilot, and each company will be allowed to provide 3,333 scooters. Vendors' applications are due June 25 and CDOT will announce the winners in July. The companies that took part in the prior pilot, including Bird and Lyft, can reapply.

One important difference for riders in the next pilot: Instead of dropping or propping up their scooters when they're done, they'll be required to lock the vehicles to something stationary, such as a bike rack. And new riders will have to take — and presumably pass — an in-app safety quiz.

During the first pilot, the scooters were most popular in wealthier and mostly white areas such as the West Loop and along Milwaukee Avenue, where there are plenty of transit options. CDOT says one of the goals of the second pilot is to spread around the scooters to help close transportation gaps where access to trains and buses is limited or nonexistent.

Companies won't have to collect scooters overnight, as they did in the first pilot, but the vehicles won't be operational between 10 p.m. and 5 a.m. All vendors will be required to be ADA compliant, with company names and phone numbers in braille and raised lettering on the scooters.

The second pilot recognizes that there's been a health pandemic going on, so it's built in coronavirus precautions. Vendors will be required to clean scooters every time their staff comes in contact with them, and the city will urge customers to wear gloves and wash or disinfect their hands after each ride.

Vivian McCall is a news intern at WBEZ. Follow her @MVivianMcCall.