Accessibility links
For Many Black Americans, The Fourth Of July Means Something Other Than Independence Black Americans are forever reminded of their complicated relationship to the U.S. They know this country often doesn't love them back.

4:00
For Many Black Americans, The Fourth Of July Means Something Other Than Independence 4:00 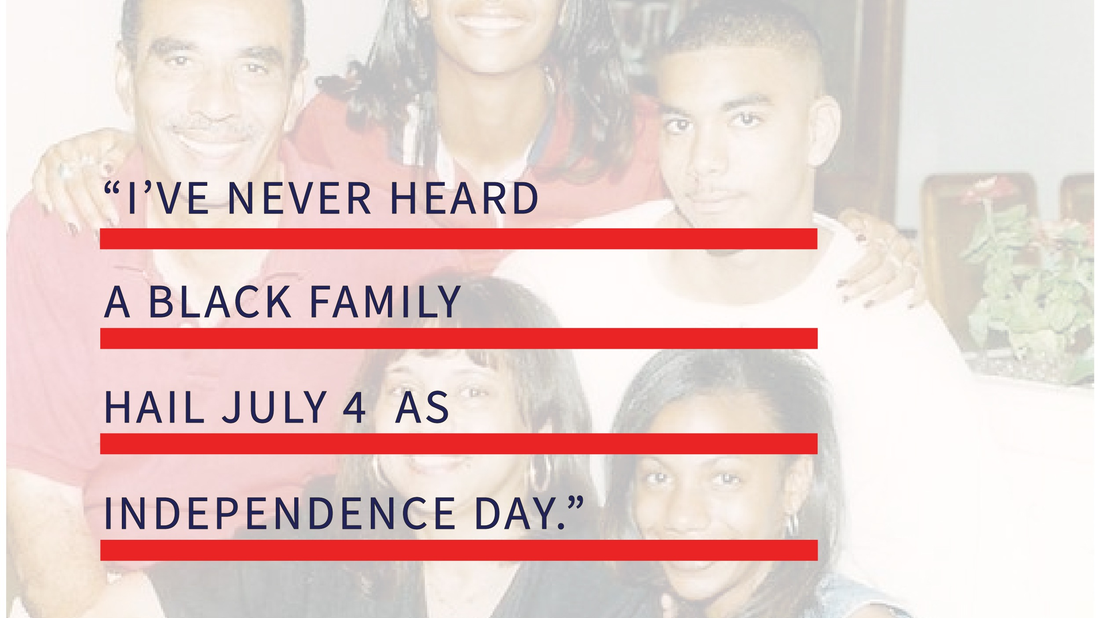 Years ago, a friend from New York visited Chicago in July. As we drove around the South Side, on and off the Dan Ryan Expressway, she remarked that everywhere we went, she detected a whiff of barbecue.

It took an outsider to point out the obvious. In Black neighborhoods, backyards brim with smoke from Memorial Day through Labor Day. Impromptu kickbacks, full-fledged cookouts, folding tables with spades and hot links definitely mark summertime Chi. July 4 is the apex.

I've never heard a Black family hail July 4 as Independence Day. July 4 signals the Chosen Few Picnic in Jackson Park with tens of thousands of people dancing to house music. July 4, arguably more than Juneteenth prior to this year, means intergenerational families sitting on their decks or porches licking sauce off their fingers from ribs and burgers. For many black families, July 4 is not a celebration of America's independence, it's more like an excuse to fire up the grill.

Ten years ago my parents started hosting a July 4 barbecue in their backyard. Really, it's a party my sister, brother and I throw together. We invite the friends we grew up with; the friends we walked to the candy store with as children; the friends we broke curfew with in high school; the friends we snuck and smoked with; the friends we played tennis with. These July 4 gatherings feature baked beans, pound cake and potato salad on the side with my dad rising early to gingerly lay his marinated meat on the grill. Everyone looks forward to my sister's signature drink, beer margaritas. The holiday is fellowship and reveling in decades-long relationships, not pops orchestra or a red, white and blue explosion.

Still, July 4 is not lost on me. I always think about playwright George C. Wolfe's "The Colored Museum," which I performed while attending Morgan Park High School. In the opening vignette, a perky flight attendant pretends she's on a slave ship and narrates key moments throughout American history to unseen, unwilling passengers headed to be sold into slavery. During the monologue turbulence rocks the cabin, and she shrieks: "On your right, you will see the American Revolution, which gives the U.S. of A. exclusive rights to your life."

Last year, my mother bought cocktail napkins that said "party like it's 1776!" Um, mommy, we were slaves back then, I exclaimed! She did not place them on the bar. Maybe we got a little too caught up in barbecue. Lest we forget who the holiday was created for. Not my ancestors. After we blessed the food and toasted to our guests, I referenced Wolfe and read an excerpt from Frederick Douglass' 1852 speech "What, to the Slave, is the Fourth of July?"

What, to the American slave, is your Fourth of July? I answer: a day that reveals to him, more than all other days in the year, the gross injustice and cruelty to which he is the constant victim. To him, your celebration is a sham; your boasted liberty, an unholy license; your national greatness, swelling vanity; your sounds of rejoicing are empty and heartless; your denunciations of tyrants, brass fronted impudence; your shouts of liberty and equality, hollow mockery; your prayers and hymns, your sermons and thanksgivings, with all your religious parade, and solemnity, are, to him, mere bombast, fraud, deception, impiety, and hypocrisy—a thin veil to cover up crimes which would disgrace a nation of savages. There is not a nation on the earth guilty of practices, more shocking and bloody, than are the people of these United States, at this very hour.

Whether it's July 4 or any other day, for that matter, Black Americans are forever reminded of our complicated relationship to this country. We don't need the recent racial civil unrest after the police killing of George Floyd to jog our collective memories and trauma. We know this country often doesn't love us back. My grandfather and his brothers served in World War II. My father shipped off to Vietnam after being arrested for being black in Mississippi while down there for bootcamp. Our people hold government and public service jobs. We make our communities better and demand more from the U.S. We're angry, and we live on this land.

It's not just Black Americans reckoning with our country and its history. My WBEZ colleagues on the race team are, too. These women of color are also my friends, and they breathe the contradictions.

Esther Yoon-Ji Kang's family came to the U.S. from South Korea via Paraguay when she was 9 years old. She didn't know the language. Her parents didn't have jobs lined up.

"We scraped by, and all of us — from the youngest (me) to the oldest (my grandmother) – experienced a great deal of trauma and stress along the way. But we had privilege and luck, too — whether we recognized it or not back then," Esther told me.

But she recognizes that she's a "success story."

"America is a country where stories like mine are possible, but it's also a place where privilege and luck play too big a role in whether or not you 'make it,'" she said. "So, for an immigrant like me, it's not enough just to 'make it.' My family came here for the opportunities, believing what they had heard about America, this place where anything is possible. And now I have to work to make that ideal more and more true, especially for those who don't have privilege and luck on their side. And this goes without saying: the work we need to do to make opportunities available to all is not just for immigrants, but for everyone."

María Inés Zamudio first celebrated July 4 when she was 11-years-old after living in this country for almost two months after immigrating from Mexico. She didn't know the history but loved hanging out with her sisters and cousins in the park and later watching the fireworks.

"I stopped celebrating after I started learning more about the history of my adoptive home. And, I have to admit, I have mixed feelings about it. I've had many opportunities in this country, and when I was younger I felt like I needed to acknowledge those opportunities by celebrating this holiday. And I really didn't have the language to describe why I felt so hesitant to celebrate, but after reading Frederick Douglass' speech on the 4th of July, I knew I could no longer pretend," María said.

In college, she studied history in Latin America and a big part of that history was about the U.S. involvement in colonialism and imperialism, which solidified her feelings about July 4. But one of her favorite memories is from 12 years ago when she was a cub reporter in California covering crime. She took the day off to attend an educational party/celebration in Oakland at the home of three queer women of color.

"We spent the day watching films like the Battle of Algiers and talking about racial justice. I remember this celebration so clearly and with a lot of love," María told me. "As an immigrant, I want to love this country. But loving someone doesn't mean accepting the dysfunction. It is because of that love that I want this country to be better."

"A feeling that I'm not allowed to speak ill of this country because it has only been good to my parents and me and my siblings," said Odette, whose family immigrated from Egypt. "I've never seen a Western country that celebrates itself as much as this one, and showy displays of patriotism make me feel uncomfortable."

I say it with a sad sense of the disparity between us. I am not included within the pale of this glorious anniversary! Your high independence only reveals the immeasurable distance between us. The blessings in which you, this day, rejoice, are not enjoyed in common. The rich inheritance of justice, liberty, prosperity and independence, bequeathed by your fathers, is shared by you, not by me. The sunlight that brought life and healing to you, has brought stripes and death to me. This Fourth of July is yours, not mine. You may rejoice, I must mourn.

Perspective can have a profound impact on the ways we view our country and its birthday. For me, my family and my colleagues, like Douglass, our perspectives are based on a complete and unfiltered view of America's past and present — of its tragedies as well as its triumphs.

The coronavirus pandemic canceled our July 4 fete this year. I'm planning to socially distance in my parents' backyard, eating barbeque, dunking the homemade shortcake in sugary strawberry juice and sipping on a cocktail. I'll find a reenactment of Frederick Douglass' speech to play on the deck before the fireworks erupt.

Natalie Moore is a reporter on WBEZ's Race, Class and Communities desk. You can follow her on Twitter at @natalieymoore. 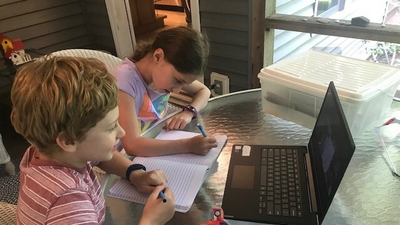 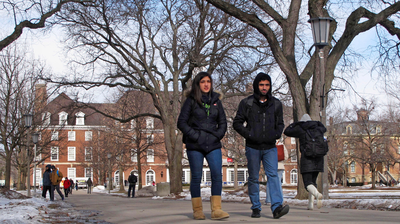 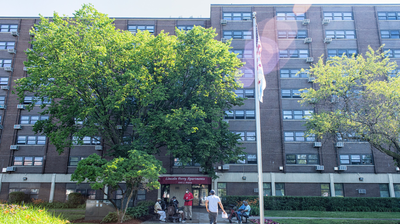 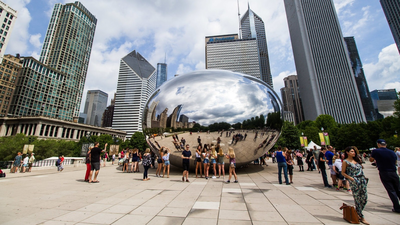 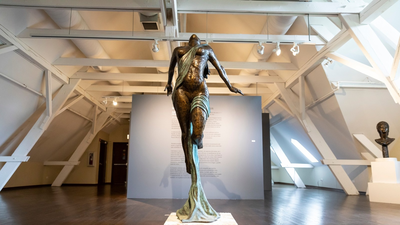 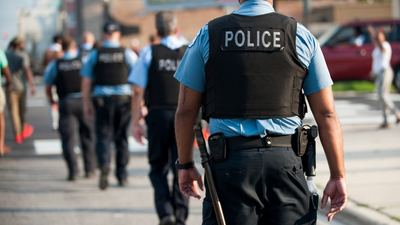