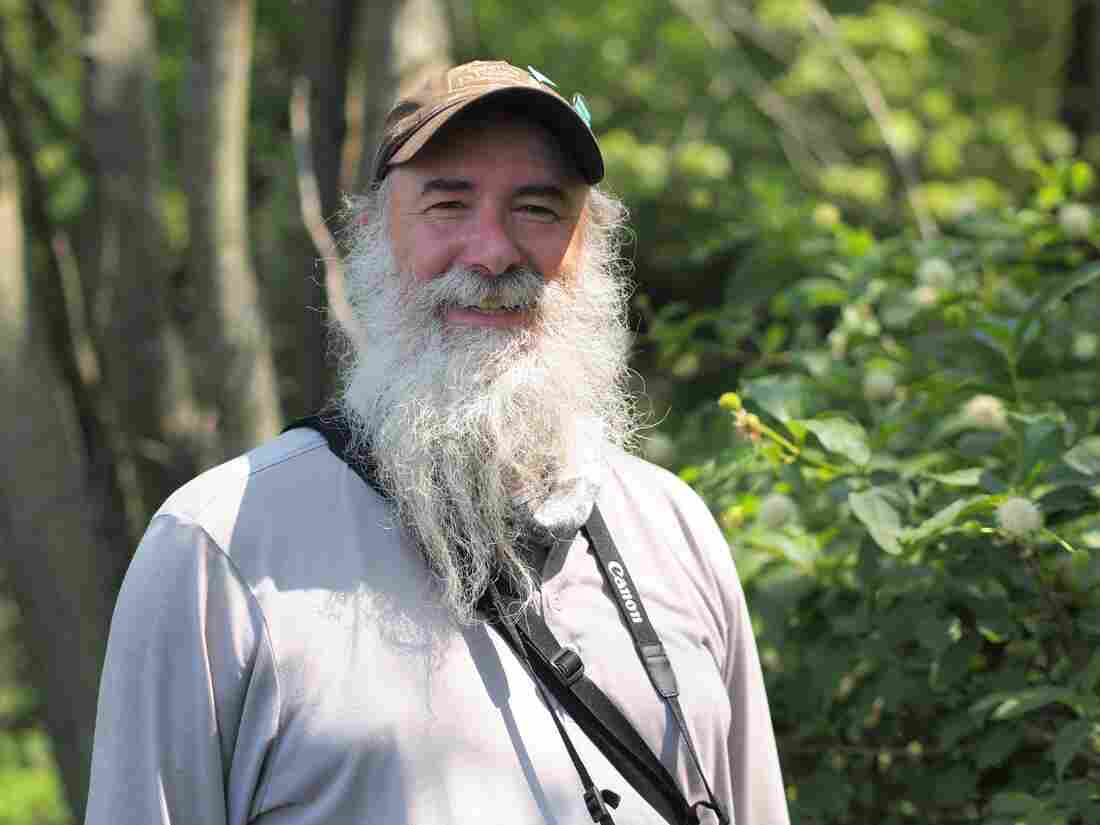 "We have a lot of life here," says Chicagoan Jeff Skrentny, who's spending this year roaming natural areas of Cook County to list thousands of living animals and plants. Jerome McDonnell/WBEZ hide caption

Jeff Skrentny is looking for life in Cook County.

The citizen scientist extraordinaire is on a quest to document 2,500 living things this year in the wilds of the city and the suburbs.

That means going out every day and looking for something new in forest preserves and other undeveloped areas. For Skrentny, it also means expanding beyond a subject he already knows a lot about — birds — and immersing himself in everything from little brown moths to dragonflies to sedges, the grass-like plants that thrive in the county.

On a day in early July, Skrentny and I went to the Sand Ridge Nature Center in South Holland, a place where the terrain has more in common with the Indiana Dunes than the rest of Cook County. Its sandy soil and marshes offer different species for Skrentny's list.

His ongoing count of living things got off to a quick start in the parking lot when he spotted a Carolina grasshopper. The resident of Chicago's Northwest Side is a tall man with a bushy grey beard and easy manner. Skrentny wears well-worn jeans and a "Friends of the Forest Preserves" baseball cap.

The long curved boardwalk over the marsh offers loads of insects and dragonflies. Skrentny hones in on a Carolina saddlebags dragonfly for a photo.

Skrentny's methodical count depends on an app called iNaturalist. Millions of nature enthusiasts use it to share their observations. You take a photo of an animal or plant, upload it to the app and other users verify what it is.

It's hard to get pictures of insects, and Skrentny needs lots of them for his year-long project. To document 2,500 living things he needs 1,000 insects, 1,000 plants, 250 birds and 250 "other," which includes moss, lichen, fish, amphibians and mammals.

For Skrentny to get a picture that correctly identifies a Carolina saddlebags dragonfly, he needs to take a side shot that shows red spots on the inner wings, and Skrentny has to almost will the insect to turn. Thankfully, it does, and he gets his photo. 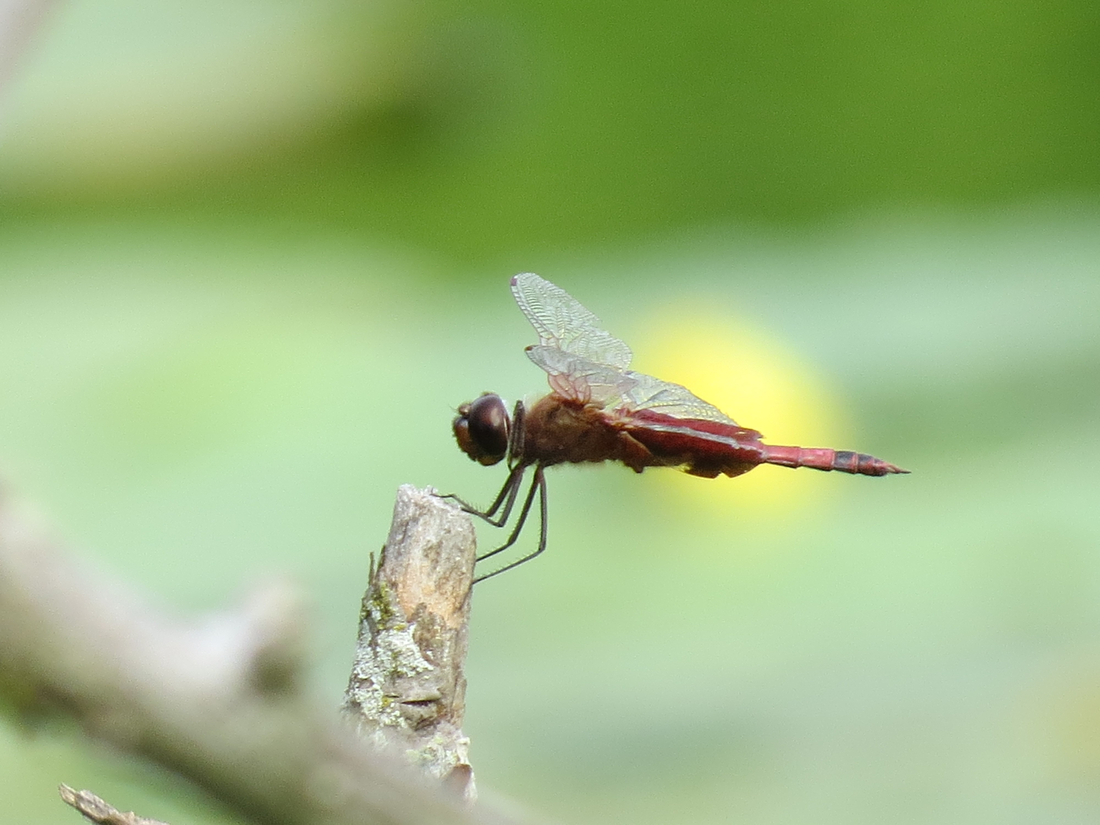 Every outing offers surprises, and Skrentny and I stumble upon a pond with a hardy crop of variegated pond lilies. Skrentny is pleased with the find. The white water lily is much more common and Skrentny "didn't know where he was going to get" this less common variety.

Skrentny wasn't always a naturalist or citizen scientist. He took up birding in 2006 after he read a book about a "big year" — when birders try to identify as many birds as they can in one year.

When a teacher with his children's Mighty Acorns program mentioned that there needs to be more bird habitat for there to be more birds, that clicked with Skrentny. He became a restoration steward at LaBagh Woods on the Northwest Side.

Skrentny often gets help looking for plants from his friend Derek Ziomber, who won the Illinois Native Plant Society's "Botanist Big Year Contest" in 2019. Ziomber calls Skrentny "a good amateur botanist" and says he can see his friend "learning the sedges a bit more this year."

Making lists has been common among birders for decades, but listing all living things observed in nature is new. With such a big undertaking, it's hard to know what kind of goal to set.

Skrentny got started on his 2,500 list when he heard a friend, Paul Sweet, was going to make a list of all living things in Lake County. Skrentny admits his own list "was a stretch goal." He set it that high because, on iNaturalist last year, 483 people saw 2,472 species and he thought he'd like to beat that.

Sweet set a goal of 2,000 this year, and he thinks he's almost there. But he and Skrentny agree it's about more than the number. Skrenty says it's the journey.

"Seeing the things is cool," he said, "but I've been to more places in Cook County than I even knew existed."

Sweet thinks the whole process "really is eye opening" and makes you delve deep into "what you're actually not seeing when you walk around." 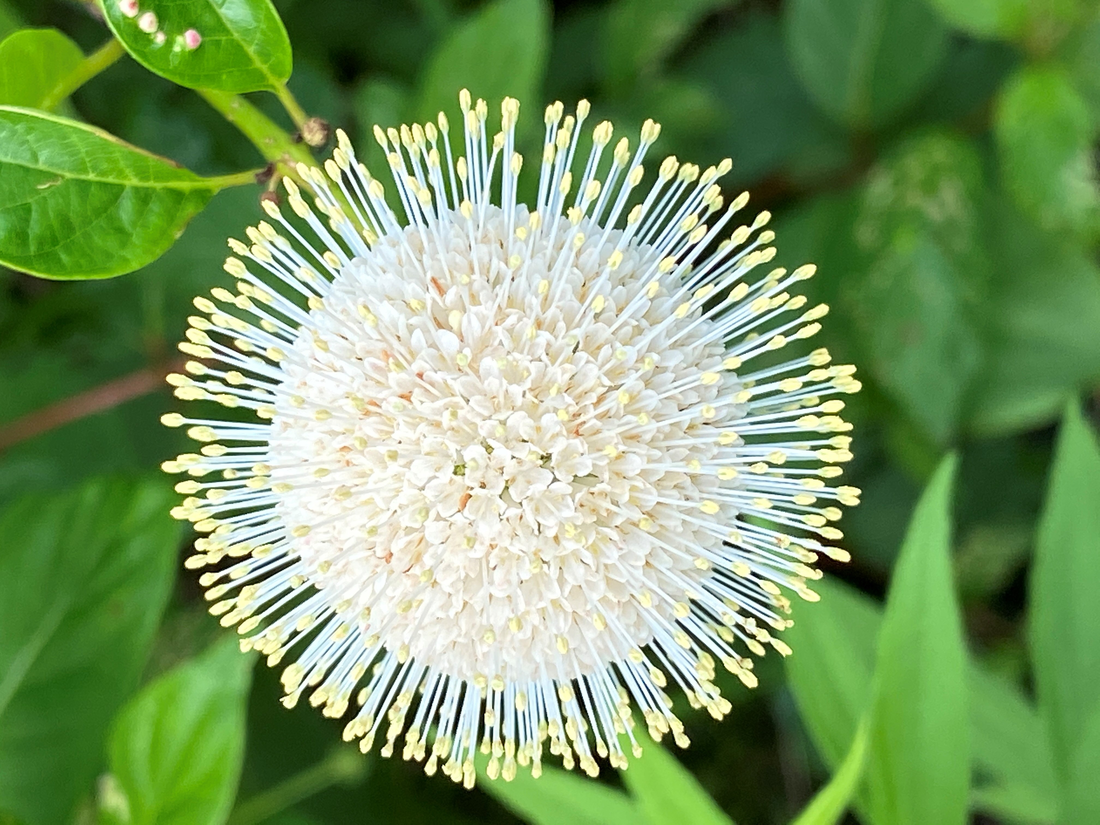 This deep immersion in Cook County's natural spaces has made Skrentny all the more determined to be a good steward.

When he finishes his field work this year, Skrentny will encourage other nature enthusiasts to follow his lead.

He's off to a good start.

Jerome McDonnell covers the environment and climate for WBEZ. Follow him @jeromemcdonnell.