Accessibility links
Did Students Show Up? 6 Takeaways From Illinois' Fall College Enrollment Numbers Despite fears of a drop off amid the pandemic, enrollment at public universities and community colleges in Illinois mostly held steady. 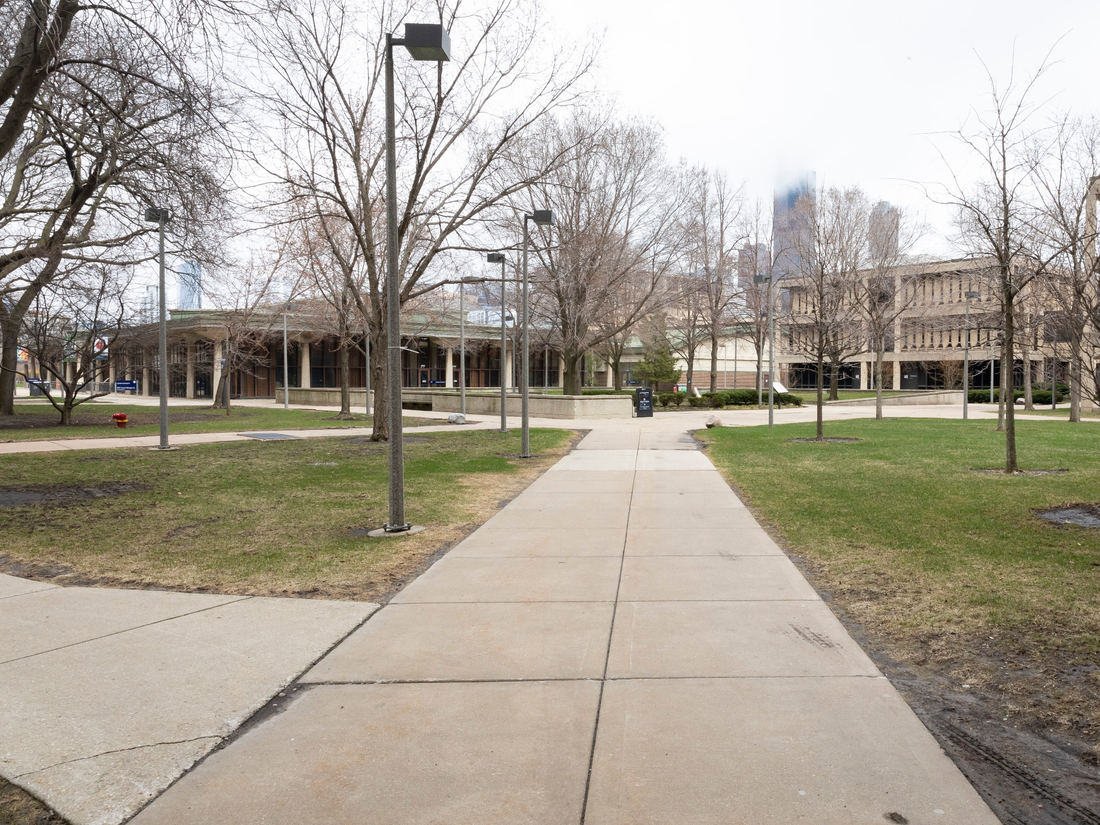 Early college enrollment data from the first two weeks of classes show most Illinois public universities were able to avoid dramatic overall declines this fall, largely due to boosts in graduate and other enrollment that leveled out drops in freshmen and international students.

This is crucial for universities, especially smaller schools, that rely heavily on student tuition and fees to balance their budget. Schools are already struggling financially after the spring coronavirus shutdown forced many to cancel profitable events and reimburse dining and housing to students.

Many admissions officers say the pandemic made it nearly impossible to predict just how many students who intended to enroll this fall would actually sign in to their first Zoom class.

While some university officials are breathing a sigh of relief, the effects of the COVID-19 pandemic are still apparent in various ways across colleges.

Here are six takeaways based on these early numbers, which reflect enrollment on the 10th day of class:

Public universities in the Chicago area saw some of the largest declines in new freshmen. The University of Illinois at Chicago saw its freshmen class drop by nearly 20%, or 866 students, a sharp reversal after years of growth. Chicago State University saw freshmen enrollment decline 30% to 136 first-year students, though the school expects that to increase when 12-week classes begin for first-year students in a new program called Rise Scholars. Northeastern Illinois University and Illinois State University in Normal also saw a 13% decline in new freshmen.

"Despite the challenges presented by the COVID-19 pandemic, our new graduate and professional students have pivoted during this crisis, pursuing the advanced degrees required to meet the needs of today's labor market," said Zaldwaynaka Scott, CSU president, in a statement.

It was a summer of uncertainty for college students admitted to Illinois universities, with most universities ultimately deciding to offer more classes online and impose health and safety restrictions on students returning to live on campus. That undoubtedly fueled an increase in some students opting to sit the semester out.

UIUC saw a large jump in students deferring enrollment compared to previous years, which could partly explain their small decrease in freshmen. Some 277 undergraduates requested to delay their admission to a later term. Typically, around 60 students make that request. Those numbers were larger among graduate students. More than 2,000 graduates delayed admission, compared to 300 normally.

UIC also saw requests for delayed admission, but did not share how that compares to previous years. According to a spokesman, 255 undergraduates deferred admission and 531 graduates made the same request as of Sept. 11.

The COVID-19 pandemic created multiple hurdles for international students to attend universities in the United States this fall.

Over the summer, higher education experts predicted community colleges could see a jump in enrollments during the COVID-19 pandemic. They offer a more affordable option for families who might be facing economic hardship during the pandemic and often see a boost in enrollment during recessions. However, early numbers nationally and locally show that might not be the case. Oakton Community College in Des Plaines reported a nearly 9% drop in fall enrollment. The number of new students declined by 97 students. Harper Community College in Palatine saw a 6% decline from last fall. City Colleges of Chicago, the largest community college system in the state, would not release fall numbers before the state finalizes its enrollment report in October.

Increased uncertainty from the COVID-19 pandemic has forced some universities to become more flexible in their admissions policies for this academic year. The most notable change is at UIUC, where the flagship university is opening up all their colleges to spring transfer students, which is usually not allowed in many of the schools. The university plans to give preference to students who were admitted as new freshmen for the fall 2020 term, but maybe enrolled elsewhere and did not have the experience they expected due to the pandemic. Also, students who didn't enroll anywhere this fall can apply for the spring.

"We feel pretty positive about the work we're doing in terms of COVID[-19] testing and creating a safe environment for students," said Andy Borst, undergraduate admissions officer at UIUC. "So we may see an increase in students applying for spring this year."

Borst said the university has already received calls from students interested in transferring. Opening spring transfer not only provides flexibility to students, but allows the university to possibly bring in additional revenue from tuition and fees.