Accessibility links
Chicago Names Community Groups That Will Hire COVID-19 Contact Tracers Earlier this summer, Chicago hoped to have 600 contact tracers hired by mid-September. But the city just announced the 31 organizations that will do that hiring. 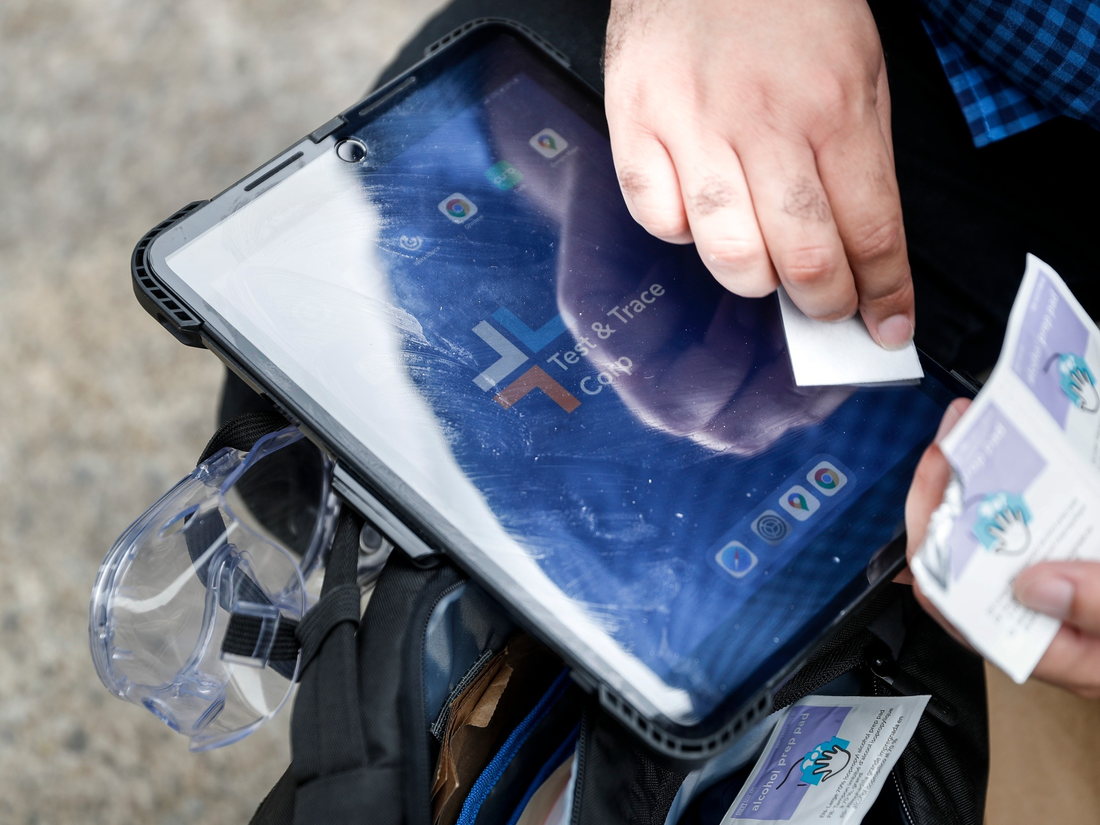 Chicago has finally selected the community organizations it will pay federal grant dollars to help expand its network of contact tracers.

The city named 31 neighborhood groups across the city that will work under the umbrella of the Chicago Cook Workforce Partnership, a nonprofit that specializes in jobs training skills.

That plan is behind schedule. In June, the city committed to having a network of about 600 contact tracers in place by mid-September.

The mayor and public health commissioner downplayed any criticism that the city has failed to meet its own deadlines. Arwady said that while much of the contact tracing work to date is being done by health department employees, there have been at least "100 job offers" for contact tracing positions.

"It's mid-September so I feel very good about where we are," Arwady said. "We are hiring."

Both Lightfoot and Arwady said the goal has always been to hire tracers within the neighborhoods they live in, with a focus on areas of the city where positivity rates have been at their highest.

"With the selection of these community-based organizations, we are exponentially expanding Chicago's contact tracing capacity," Lightfoot said. The mayor added that this program is about more than COVID-19 — it's about giving job opportunities and new job training skills to Chicagoans at a time when new job prospects are bleak.

These are entry-level positions that don't require prior work experience. Applicants must be at least 18 years old to apply. Former customer service experience is preferred.