Accessibility links
Voting Begins This Week In Illinois From in-person early voting to drop boxes, here's the latest on what you need to know about voting in this election. 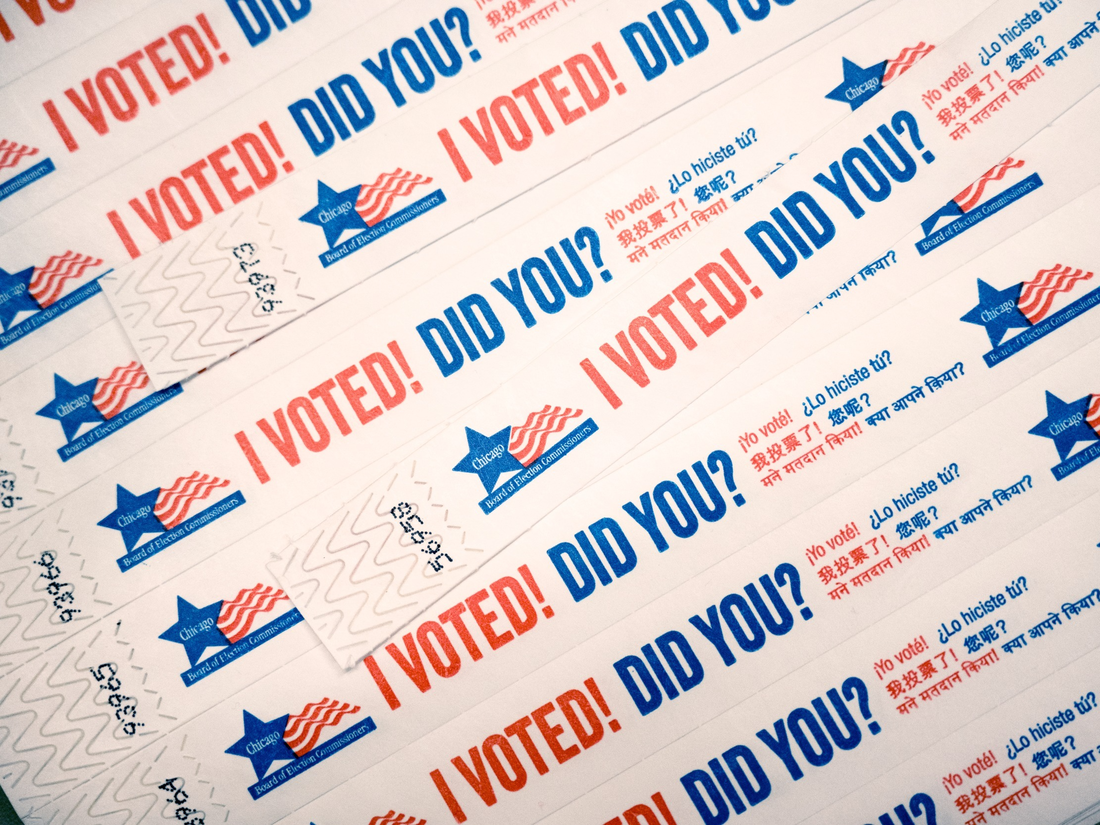 Early voting begins this week in Illinois. In addition to the opening of some poll sites, election authorities will begin mailing out some 1.7 million mail-in ballots requested so far.

Here's the latest on what you need to know about voting in this election.

When is the earliest I can vote in person?

State election law allows early voting at select super sites starting 40 days before Election Day, but leaves it to local authorities to decide when they're open and for how many hours. In general, in-person voting options will be limited. You will need to check polling locations with your local election authority.

Some suburban sites will open this week, for example. In Chicago, the earliest you can vote in person is Oct. 1 at the city's Loop Supersite at Clark & Lake (191 N. Clark St.). Early voting in the wards starts Oct. 14.

Why is the state of Illinois pushing vote by mail so hard?

While you have until Election Day, Nov. 3, to postmark your ballot, state election officials are urging people to consider that the last day to vote. Given nationwide concerns with the postal system's inability to handle an avalanche of mailed ballots and concerns about the pandemic, election officials want voters in Illinois to know they have multiple options to cast their ballot.

"This year we are really trying to reduce congestion, reduce the number of voters that poll workers have to deal with on a daily basis, and certainly to decrease any crowding so that voters aren't risking a large number of other voters," said Matt Dietrich, the spokesperson for the Illinois State Board of Elections.

How are mailed ballots processed?

For those mailing a ballot, you can choose to send the completed ballot through the U.S. Postal Service or drop it off at select ballot drop box sites. Afterward, you should be able to track that ballot through the city's election board website.

You will be asked to sign an affidavit at the polling site confirming you are only voting once and that your requested ballot never arrived or was never received by the election authority.

I haven't applied for a ballot and I don't know how.

If you live in Chicago or suburban Cook County, WBEZ has an easy guide to help you request that ballot or register to vote. You have until Oct. 29 to request a ballot, but it must be postmarked by Nov. 3. Ballots are counted up to 14 days after the election.

The secretary of state says I didn't apply for a ballot, but I did.

If you recently got a letter from the Illinois secretary of state's office alerting you that "your local election authority had indicated you have not yet applied for a ballot" even though you did, do not fret. The letter was sent to all registered voters in Illinois as part of the changes made to the election code over the summer. Jesse White's office is scheduled to send another round of reminders in October.

OK, but can the local election authorities handle all these mail-in ballots?

They're aiming to. The Illinois State Board of Elections this week agreed to reallocate $4 million in federal money toward helping local election authorities install drop boxes for mail-in ballots and to hire more poll workers.

In suburban Cook County, election officials relocated their ballot processing headquarters from the basement office in the Loop to a warehouse in Cicero to handle all those ballots.

"So we've basically quadrupled the ability to process the mailed ballots," said Edmund Michalowski, a deputy clerk with the Cook County clerk's office.

Depending on where you live, your local election authority may also offer curbside voting, drop boxes for completed ballots and new ways to track your ballot to make sure it's counted.

Will there be enough people staffing the polls on the final Election Day?

Election authorities across the state are still looking for poll workers to staff the precincts, with a few this week telling ISBE that they're worried about being understaffed. Earlier this year, state law was changed to lower the minimum age requirement to work the polls to 16 years old. Certain counties have GPA requirements for students who are interested.

The jobs are paid but won't impact your ability to collect unemployment. Counties can also choose to provide hazard pay, but it is not required.

The state also made Nov. 3 a holiday for all government workers and schools to encourage people to serve as a poll worker.