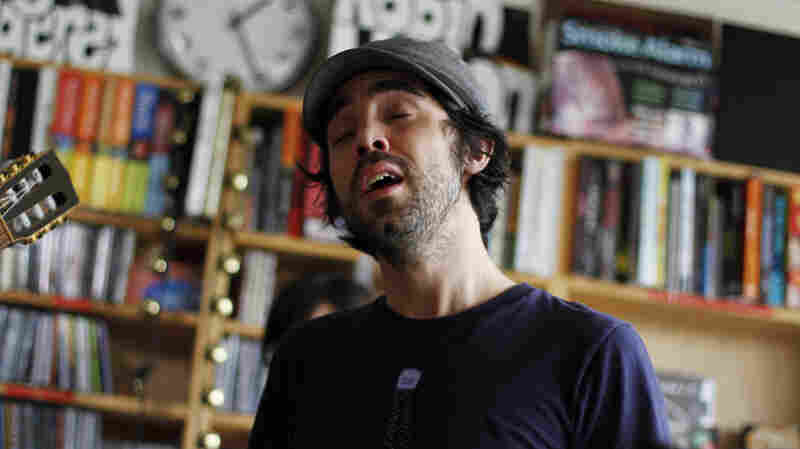 May 31, 2012 • With a gifted backing band on hand to help flesh out three songs from Adventures in Your Own Backyard, Watson conducts a swirl of interlocking loveliness that still finds room for surprises, from a singing saw to a microphone that makes his voice sound as if it's bouncing off some faraway satellite. 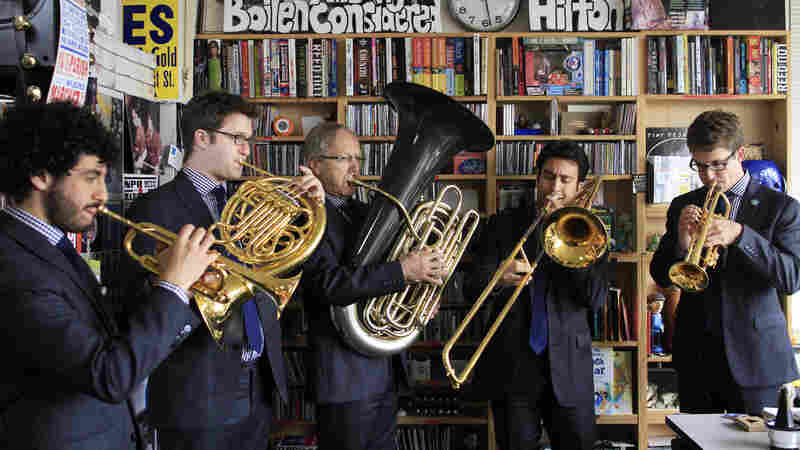 May 26, 2012 • Chuck Daellenbach and his fresh-faced players, each with red-striped sneakers and matching outfits, strolled into the NPR Music offices, took their places behind Bob Boilen's desk and started blowing as if they'd played this peculiar gig a hundred times. 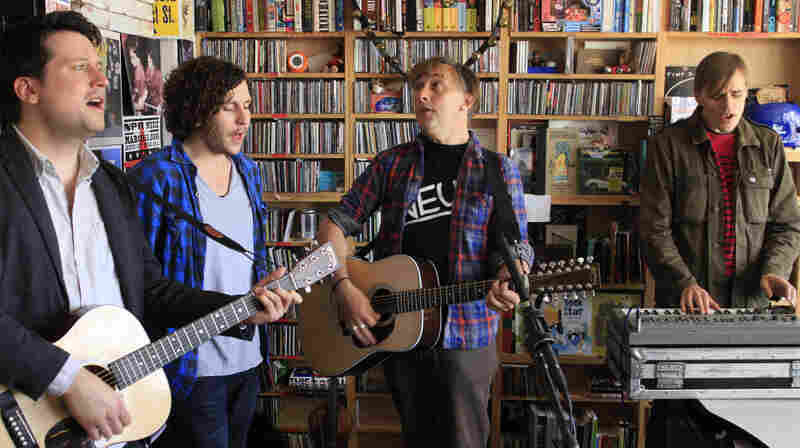 May 21, 2012 • The French singer and multi-instrumentalist just released a new album called Skyline, and it captures his aesthetic perfectly: Its rich, buzzy, liltingly eccentric pop music is constructed from lots of sweet, intricate pieces. 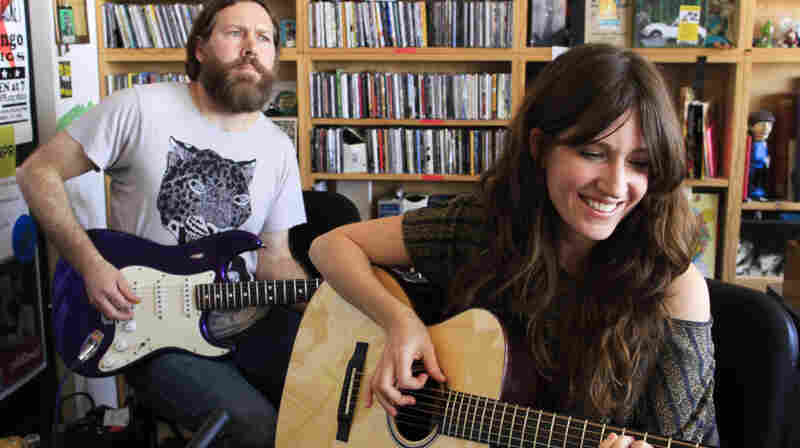 May 17, 2012 • While clearly rooted in acoustic traditions, the folk music of Arborea stands out for its calm beauty and rough edges. The duo incorporates harmonium, electric guitars played with an EBow, and a Ban-Jammer — a hybrid instrument that's part banjo, part mountain dulcimer. 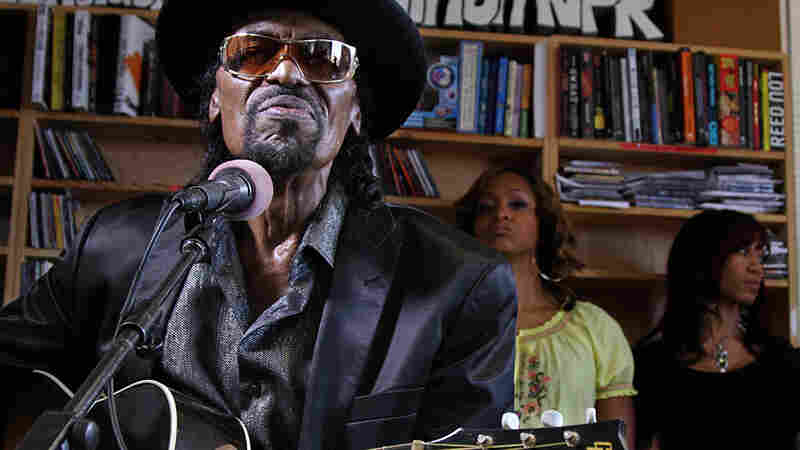 May 16, 2012 • In Washington D.C., Brown is revered as the Godfather of Go-Go. So to have Brown play in a corner of the NPR Music offices with an 11-member group was dream come true for a lot of NPR staffers. 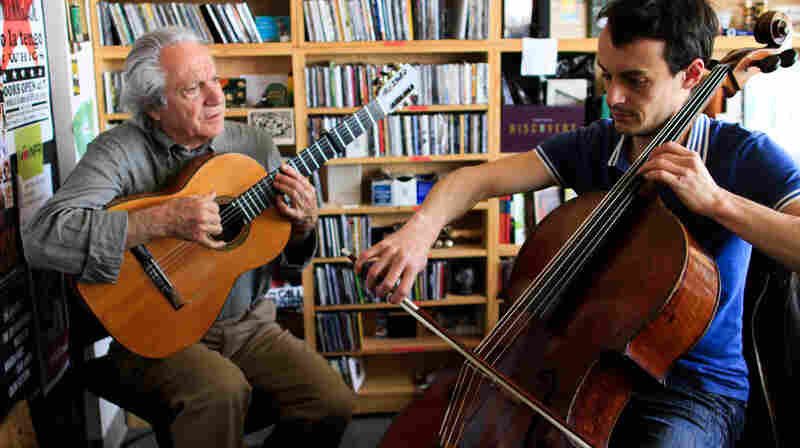 May 14, 2012 • The improvisational music of father and son Pedro Soler and Gaspar Claus functions as a beautiful conversation. Soler plays a delicate flamenco guitar, while Claus turns the cello into an exquisitely expressive voice. The two bring that spirit to their intimate performance in the NPR Music offices. 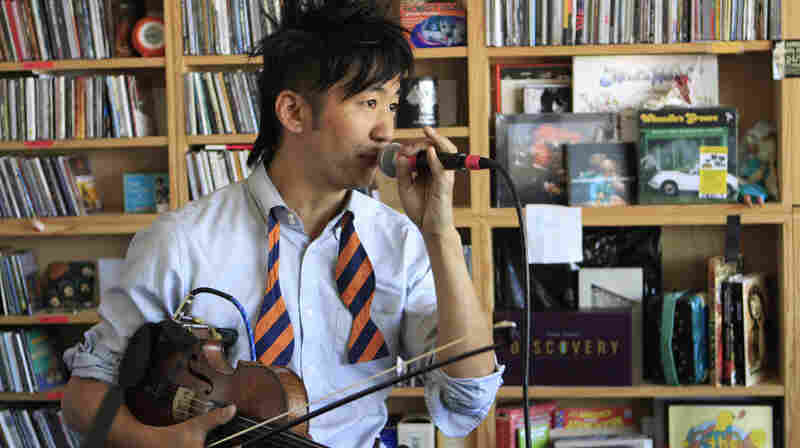 May 10, 2012 • K Ishibashi is a master of building his music from the ground up, from live violin loops to layered singing to beatboxing, in order to create pocket symphonies steeped in classical music and 21st-century pop. He brings that ingenuity and songcraft to the Tiny Desk at the NPR Music offices. 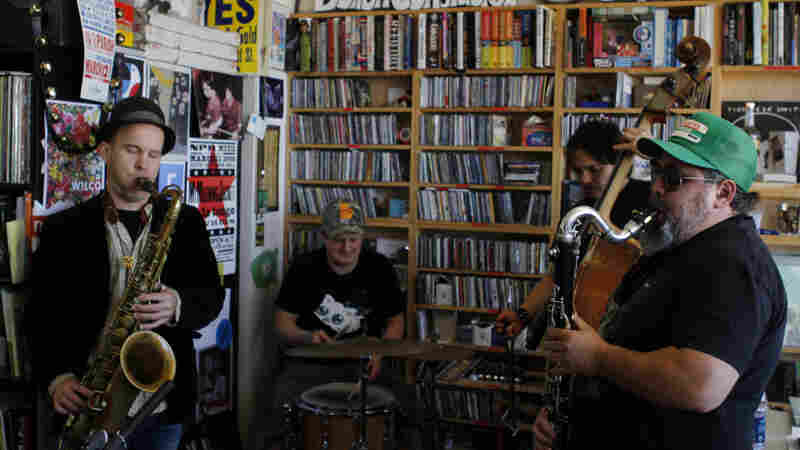 May 7, 2012 • The Brooklyn jazz quartet began by playing benefit concerts for an ill friend, but the band soon realized it had potential for more. Endangered Blood's music draws from post-bop, 20th-century chromaticism and New Orleans funeral marches, showcasing compositions both cerebral and gritty. 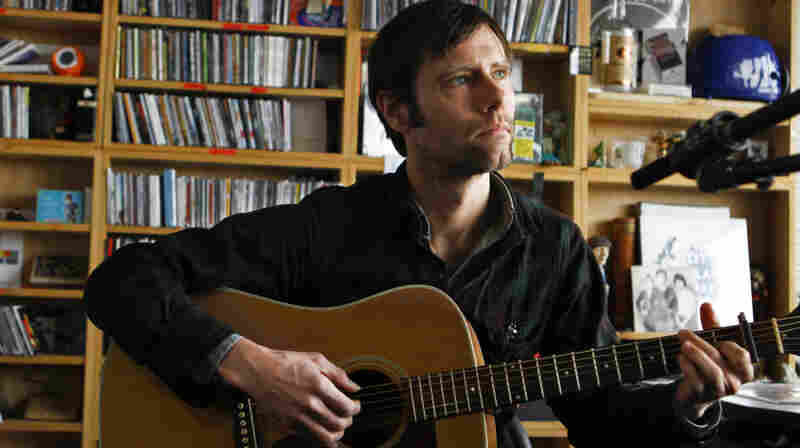 May 3, 2012 • With his brilliant debut, Affirmed, Salsburg is likely to become one of those names we all associate with American folk guitar. Here, he showcases his intricate and melodic fingerpicking in two instrumental songs inspired by the stories of racehorses from the Kentucky Derby. 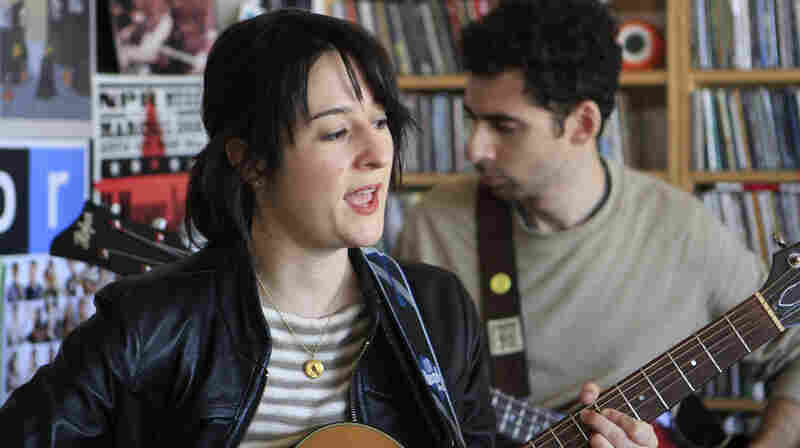 April 30, 2012 • The New York band Hospitality makes music that's unmistakably friendly and welcoming — it's hug-and-a-handshake pop that lives up to its name by jangling and chiming comfortably. The group doesn't overwhelm so much as it wears listeners down with a subtle charm offensive.