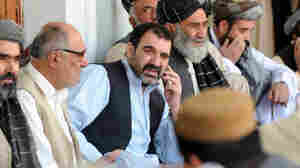 The assassination of Ahmed Wali Karzai (center, shown in 2009), the half-brother of Afghan President Hamid Karzai, prompted fears of a security breakdown in the southern Afghan city of Kandahar. Ahmed Wali Karzai was rumored to have a hand in everything that went on in the region: tribal affairs, politics and business.

October 20, 2011 • Three months ago, the southern Afghan city of Kandahar looked to be dangerously unstable after the murders of Kandahar kingpin Ahmed Wali Karzai and the city's mayor. Despite fears of a struggle to fill the leadership vacuum, some Kandaharis say life is better without those power brokers. 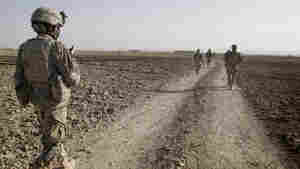 October 20, 2011 • Villagers near the Afghan city of Kandahar say Afghan troops, and their U.S. mentors, forced civilians to march ahead of soldiers on roads where landmines were suspected. No one was hurt, but the incident raises questions about how civilians are being caught between the warring parties. 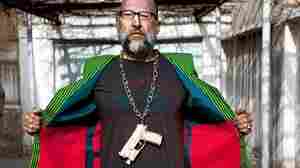 Aman Mojadidi, who grew up in Jacksonville, Fla., moved to Afghanistan in 2003 because he thought his homeland was finally on the mend. The guerrilla artist is also known as the Jihadi Gangsta, and he has provoked controversy and laughter with his work.

In Afghanistan, Performer Packs Up His Bling

October 7, 2011 • Aman Mojadidi, an Afghan-American performance artist, made a name for himself in Kabul by setting up fake police checkpoints and running a phony campaign for Parliament. But now he says he's leaving Afghanistan, disappointed at the slow pace of progress.

In Afghanistan, Performance Artist Packs Up His Bling

Karzai Breaks Off Talks With The Taliban

October 2, 2011 • In a surprising about-face, Afghan President Hamid Karzai appears to be abandoning his government's long-standing effort to hold peace talks with the Taliban in Pakistan, saying they aren't serious about negotiations. NPR's Quil Lawrence reports.

Karzai Breaks Off Talks With The Taliban 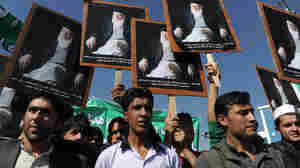 Afghans hold portraits of former President Burhanuddin Rabbani, as they shout anti-government slogans during a demonstration in Kabul on Tuesday. Last week's killing of Rabbani, an ethnic Tajik, was the latest targeting his party and it has stoked fears of increased factionalism. Shah Marai/AFP/Getty Images hide caption

September 30, 2011 • In Afghanistan, ethnic political parties are carving up the government and military in anticipation of renewed factional fighting after Western forces leave the country. Tajik and Pashtun groups, in particular, are placing party faithful in key posts. 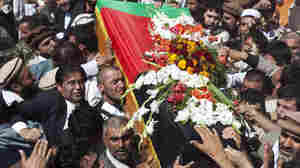 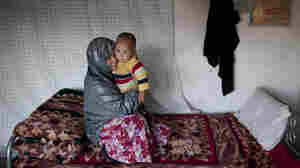 Sakina sits with her 18-month-old son, Shafiq, at a women's shelter in Bamiyan, in central Afghanistan, last October. Sakina spent seven months in prison for leaving a forced marriage. The Afghan government recently backed down from a plan to take control of women's shelters, and women's groups are hailing it as a victory. Paula Bronstein/Getty Images hide caption

September 26, 2011 • Women's groups in Afghanistan rose up in protest when the government said it was planning to take control of women's shelters. After months of discussion, the government backed down. The shelters will remain independent and are able to receive money from donors.

September 20, 2011 • Burhanuddin Rabbani, the head of the Afghan Peace Council and former president of Afghanistan, was killed in a bombing in the nation's capital. 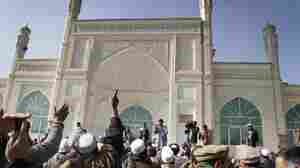 Protesters in Kabul demonstrate against the results of last September's parliamentary poll, Jan. 23. A year after the elections were held, Afghan President Hamid Karzai and lawmakers are still fighting over the results, and the Parliament has accomplished very little. Musadeq Sadeq/AP hide caption

September 19, 2011 • It's been a year since Afghanistan elected a parliament. But a dispute between President Hamid Karzai and lawmakers has kept the Parliament from passing any significant laws.

September 14, 2011 • In Afghanistan, a bloody 20-hour insurgent attack on the capital Kabul ended Wednesday morning. All the assailants are dead. The attackers took control of a building that had a clear line of fire to the U.S Embassy and NATO headquarters in the heart of the city.

September 13, 2011 • Insurgents appear to have launched a coordinated attack in the heart of Afghanistan's capital city. Rocket propelled grenades and assault weapons could be heard across Kabul — targeting the U.S. Embassy and NATO headquarters.

September 13, 2011 • Afghan officials say insurgents have been firing rockets at the U.S. Embassy in Kabul. Police describe a large group of gunmen firing heavy weapons in the downtown and diplomatic quarter.

September 12, 2011 • Late Saturday night, a Taliban truck bomb ripped through a military base in eastern Afghanistan, injuring 77 U.S. troops. It also sent shrapnel up to a mile away, killing an Afghan policeman and four civilians. 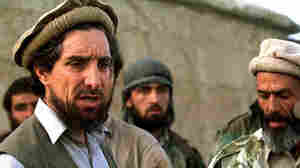 Shown here in 1997, the "Lion of the Panjshir," Ahmad Shah Massoud (left), fought against the Soviets in the 1980s, was a central figure in the Afghan civil war of the '90s and led the resistance against the Taliban until his death on Sept. 9, 2001, the victim of al-Qaida suicide bombers. Emmanuel Dunand/AFP/Getty Images hide caption

In Afghanistan, A Rebel Leader's Legacy

September 9, 2011 • Ten years ago, the most famous rebel leader in Afghanistan, Ahmad Shah Massoud, was killed by al-Qaida as the opening salvo for the Sept. 11 attacks. Revered by followers, Massoud had led the fight against the Taliban. 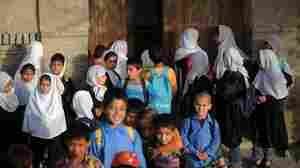 Afghanistan is a country of the young: According to best estimates, at least half the population was under age 10 when the Sept. 11 attacks took place a decade ago. Now, a generation of Afghans has very little knowledge about the events that so transformed their country. In this photo, Afghan children gather for school in Old Kabul in August 2010. Yuri Cortez/AFP/Getty Images hide caption

September 8, 2011 • Afghanistan has probably changed more than any other country since the Sept. 11 attacks, and yet most young people have little knowledge of what happened that day, or how it led to the arrival of U.S. troops.