August 21, 2013 • A veterans group handed the White House a petition to take action on the "million veteran backlog" on Tuesday. But the Veterans Administration says that backlogged claims are dropping for the fifth month in a row and are now under half a million.

Backlog Of Benefit Claims A Big Problem For VA

July 23, 2013 • Eric Shinseki is the longest serving Secretary of Secretary of Veterans' Affairs (VA), at a time when the VA is dealing with a new young generation of veterans as well as a huge aging veteran population. Last summer he spoke at the Veterans of Foreign Wars convention and made some promises. On Tuesday, he addressed the VFW again, after a year that included prominent calls for his resignation.

Backlog Of Benefit Claims A Big Problem For VA 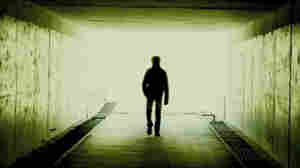 The Long Walk, Brian Castner's memoir of PTSD and a difficult homecoming, will soon be an opera. YouTube hide caption

A Veteran's Piercing True Story Leaps From Page To Stage

July 20, 2013 • Iraq vet Brian Castner wrote a memoir of post-traumatic stress disorder and a difficult homecoming. His book, The Long Walk, got good reviews. But Castner never expected that it would get turned into an opera in New York City.

A Veteran's Piercing True Story Leaps From Page To Stage 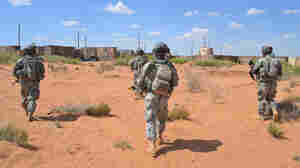 Soldiers advance toward a simulated Afghan town during a training exercise at Fort Bliss in El Paso, Texas, in 2012. While the suicide rate is rising in the military, it's declining for troops stationed at Fort Bliss, thanks in part to efforts to ramp up suicide awareness and prevention training. Brendan Johnson/Flickr hide caption

June 20, 2013 • Suicide killed more U.S. troops last year than combat in Afghanistan, a trend that's likely to continue this year. The causes and remedies are complicated, but Fort Bliss in Texas has bucked the trend. Suicides have declined there, after implementation of an interactive suicide prevention program. 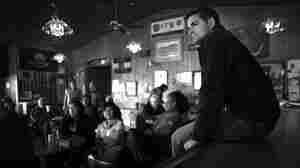 Tommy Sowers, assistant secretary for public and intergovernmental affairs at the Department of Veterans Affairs, meets with vets at the VFW Hall in Nome, Alaska. David Gilkey/NPR hide caption

May 29, 2013 • For many veterans in out-of-the-way locations, getting medical care at a VA facility can be expensive, time-consuming and inconvenient. Telemedicine is changing that, providing access to doctors over the Internet. 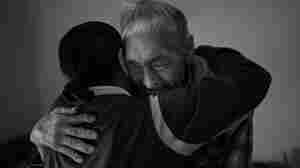 Frankie Kuzuguk, 82, gets a hug from his daughter Marilyn Kuzuguk at Quyanna Care Center in Nome, Alaska, after receiving an official honorable discharge and a distinguished service coin from visiting Veterans Affairs officials. The VA is still tracking down the few surviving members of the World War II Alaska Territorial Guard or delivering benefits to their next of kin. David Gilkey/NPR hide caption

Forgotten For Decades, WWII Alaskans Finally Get Their Due

May 28, 2013 • More than 6,000 Alaska Natives served without pay in the Alaska Territorial Guard, a response to Japan's 1942 foray into the Aleutian Islands. Members were finally granted veterans status in 2000. Now, the Department of Veterans Affairs is trying to ensure that the elderly survivors get their rightful benefits.

Forgotten For Decades, WWII Alaskans Finally Get Their Due 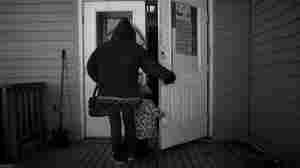 A woman holds the door for her daughter at the entrance to the Wales community center, where a meeting for local veterans turned into a gathering for many of the villagers in the tiny town. David Gilkey/NPR hide caption

May 28, 2013 • Twenty-two million Americans served in the military, but the vast majority are from the Vietnam and Korea generations. They're getting older now, and many live in rural or remote places like Alaska.

May 22, 2013 • The sergeant worked at West Point. The story, first reported by The New York Times, is the latest in a series of embarrassing cases for the military, which has acknowledged it has a significant problem of sexual assault and harassment in the ranks.

What Does It Mean To Be A Woman In The U.S. Military?

March 22, 2013 • This week on Morning Edition, we've been hearing from women who have served on the battlefield and on bases here at home. In the final report in the series, we learn more about women and identity in the military.

What Does It Mean To Be A Woman In The U.S. Military? 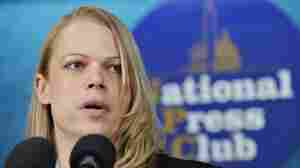 Myla Haider (shown at a press conference in Washington, D.C., in 2011) says she initially decided not to report that she'd been raped because she'd "never met one victim who was able to report the crime and still retain their military career." Mandel Ngan/AFP/Getty Images hide caption

March 21, 2013 • There are some 19,000 sexual assaults in the military each year, the Pentagon estimates. But many victims say they have nowhere to turn and risk ruining their careers by reporting attacks. 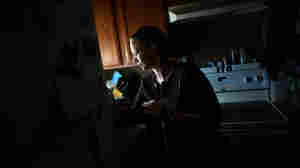 March 20, 2013 • According to Pentagon research, a quarter of all women who join the military are sexually assaulted during their careers. Many cases go unreported, and some victims say the perpetrator is a superior to whom they would have to report the assault.

U.S. Families Forced To Adjust To Women Going Off To War

March 19, 2013 • Army reservist Jane Grimes took care of combat casualties in Iraq. But she had a second front to deal with back home: her teenage son said he'd never forgive her for leaving him alone. It's different when it's a mother that goes to war.

U.S. Families Forced To Adjust To Women Going Off To War 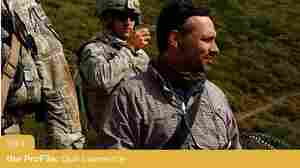 ProFile: 'Their Stories Can Help Bridge The Gap Between Veterans And Civilians.'

March 18, 2013 • NPR Corespondent Quil Lawrence reports this week on the most pressing challenges facing America's nearly 2 million female veterans. Here, he shares some insight into what it takes to get by as a journalist in Kabul, Baghdad and Bogota, and through the streets (and weather) of New York too. 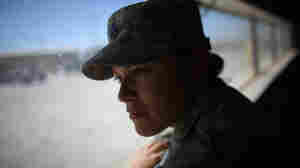 March 18, 2013 • For years, the Army has effectively ignored the ban against women in combat, though it's still hard for them to receive full recognition for what they've achieved. "Battle-fatigued female soldiers" is a new and uneasy concept for American society. 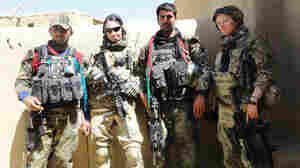 March 14, 2013 • For many female veterans of combat in Iraq and Afghanistan, new battles await when they return home. They need help, just like men — with jobs, PTSD and reconnecting with family. But these issues can be harder for women. And the darkest side of women's military service persists: sexual assault.