August 27, 2014 • The report said it couldn't be proven that anyone had died because of wait times at the medical center in Phoenix. On Tuesday, President Obama pledged to do better by vets and announced initiatives.

August 26, 2014 • President Obama addressed the annual convention of the American Legion in North Carolina with a raft of new proposals for vets. 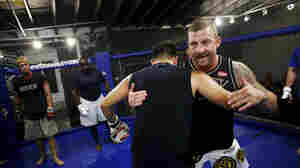 Vance, who serves as a coach, founded the group after his own struggle with PTSD. He says it helped him get out of a dark place. He now has a degree in social work. David Gilkey/NPR hide caption

August 22, 2014 • There are countless programs to help veterans readjust to civilian life. One of the most unusual is in San Diego, where vets get together in a caged boxing ring and punch each other in the face.

July 28, 2014 • Congress has reached a bipartisan deal to reform the Department of Veterans Affairs, after nearly two months of tense negotiations. 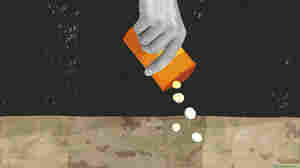 July 11, 2014 • There's overmedicating and self-medicating, but some vets are "de-medicating." Prescribed multiple drugs to deal with PTSD and pain, they've stopped taking them — without authorization. 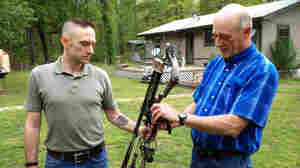 Bryan McDonel and his father, Mike, both served multiple tours in Iraq with the National Guard. Bryan was first prescribed painkillers before his deployment, and his dependence on medication prompted a downward spiral. Quil Lawrence/NPR hide caption

July 10, 2014 • Service members are prescribed narcotic painkillers three times as often as civilians. For some vets, dependence on those pills becomes a bigger problem than their original ailment.

June 30, 2014 • President Obama has picked Robert McDonald, the former CEO of Procter & Gamble, to lead the Department of Veterans Affairs. If confirmed by the Senate, McDonald will face a difficult task. The VA is is embroiled in a controversy over falsified and lengthy wait times for veterans.

June 30, 2014 • President Obama's choice to head the Department of Veterans Affairs is former Procter & Gamble CEO Robert McDonald. He is West Point grad from a military family, and would lead an agency in crisis. 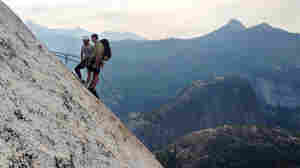 National Guardsman Andrew Sullens (left) climbs Half Dome in Yosemite National Park, Calif., with Pat Warren, lead climber from Paradox Sports. Sullens, who lost his leg below the knee while serving in Kapisa province, Afghanistan, participated in the three day climb with other veterans to honor the anniversary of September 11th. David P. Gilkey/NPR hide caption

June 27, 2014 • Fifteen Iraq and Afghanistan vets, many of them disabled, climbed Half Dome and El Capitan in Yosemite. The climb had the therapeutic effect of reproducing a combat patrol — without bombs or bullets.

To Treat PTSD, Veterans Have A Vast Array Of Ineffective Solutions

To Treat PTSD, Veterans Have A Vast Array Of Ineffective Solutions 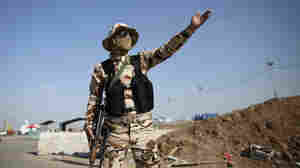 June 19, 2014 • While much of the country is in turmoil, the Kurdish areas in northern Iraq have remained peaceful. The upheaval could help advance the Kurds' long-standing quest for an independent state.

June 17, 2014 • The VA is rethinking its outreach, and is pausing a $4 million ad campaign. The problem: outreach might bring more veterans into a system that's struggling to handle who it is already serving.

June 12, 2014 • The Senate passed a bipartisan bill to overhaul the Department of Veterans Affairs. The measure is close enough to a version already passed by the House that it could reach the president's desk soon.

June 11, 2014 • The Senate has passed a bill to reform the Department of Veterans Affairs. Like a similar bill in the House, the Senate bill gives veterans the option of seeking private care if the VA takes too long and makes it easier to fire VA employees. But the Senate version also spends a lot more money on doctors and hospitals than the House version. 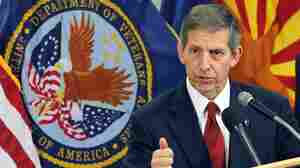 June 10, 2014 • Veterans Affairs has a budget of $160 billion, the second largest in government. Some veterans groups say this isn't enough to meet the rapidly expanding demands placed on the VA health system.