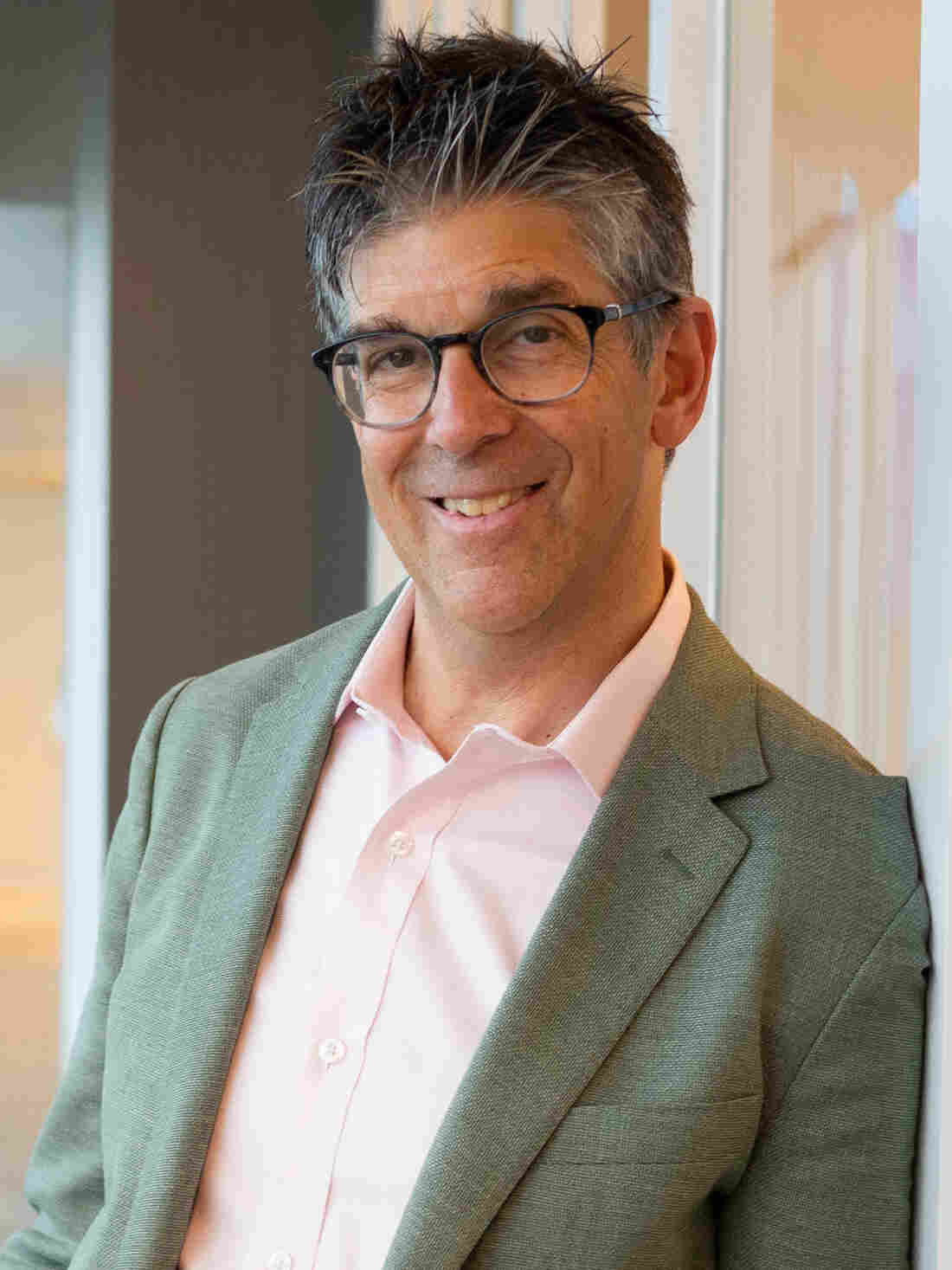 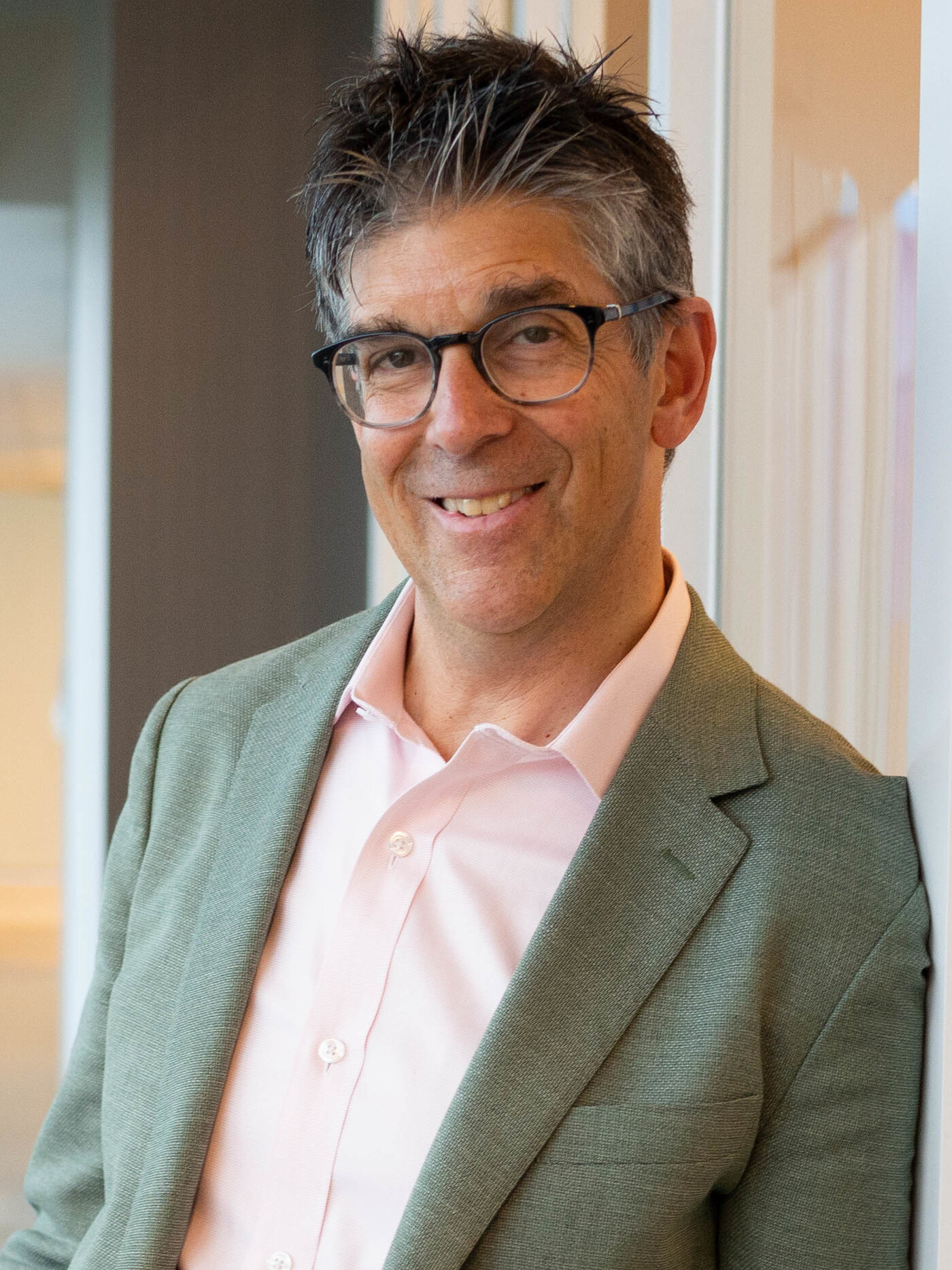 Bruce Auster is NPR's Senior Director for the Collaborative Journalism Network. He is at the center of an effort to transform the public radio system and establish a new way for NPR and the newsrooms of hundreds of NPR Member Stations to work together.

Before taking on this effort, Bruce led NPR's National Security unit from 2008 to 2015. In that role, he directed NPR's coverage of international security issues from Washington—including stories involving the U.S. military and the intelligence community. Before that, Bruce was the Senior Supervising Editor of NPR's Morning Edition for five years, where he worked with Morning Edition hosts Steve Inskeep and Renee Montagne to bring listeners interviews with leading political, international, and cultural figures.

He is a graduate of Northwestern University and Harvard University's Kennedy School of Government. 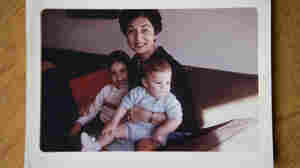 Bruce Auster's mother, Sylvia, holds him and his brother, Gordon, in an old family photograph. Her sons have only a few photographs of her from the years before she got sick with cancer; the audiotape helped bring back memories of her. Beth Rooney for NPR hide caption

December 23, 2018 • As a kid, NPR editor Bruce Auster loved to record his family talking. A snippet of tape captured by chance on a long-ago December night marked a moment before cancer changed everything for his family.

October 22, 2014 • A federal jury found four former security guards with the company Blackwater guilty in connection with the shooting of dozens of Iraqi citizens in 2007 at a Baghdad traffic circle. That shooting revealed the leeway given outside contractors and became a symbol of the U.S. intervention in Iraq.

May 19, 2014 • Abu Hamza, an Islamic cleric alleged to have started an al-Qaida camp in the U.S., has been convicted on terrorism charges in a New York courtroom.

March 14, 2014 • The standoff between Russia and Ukraine is being watched closely to see how a tool of modern warfare, cyber operations, might be employed. So far, what's been seen isn't too sophisticated.

Drawn By Twitter And Trained In Syria, Terrorists Could Turn West

February 28, 2014 • The conflict in Syria has created a new threat: Terrorist groups working there might turn their sights on Europe or the U.S. Syria might be changing terrorism; does this pose a threat to the West?

Drawn By Twitter And Trained In Syria, Terrorists Could Turn West

With A Citizen In The Crosshairs, Where's The Line Drawn For Drones?

February 13, 2014 • The Obama administration is considering targeting an American citizen who is suspected of plotting a terrorist attack. The possibility again raises questions about U.S. drone policy and whether an American's citizenship rights are lost once that person joins a terrorist organization.

With A Citizen In The Crosshairs, Where's The Line Drawn For Drones? 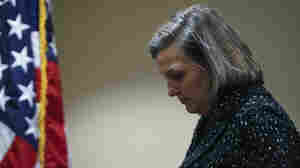 U.S. Assistant Secretary of State Victoria Nuland leaves a news conference at the U.S. Embassy in Kiev on Friday. A phone call of hers about Ukraine was leaked on the Internet. Gleb Garanich/Reuters/Landov hide caption

A Possible Explanation For How U.S. Diplomat's Call Was Tapped

February 8, 2014 • Victoria Nuland, a top State Department official, thought she was having a private conversation. But someone else was listening, and her undiplomatic remarks were leaked online. This is how it may have happened.

A Possible Explanation For How U.S. Diplomat's Call Was Tapped 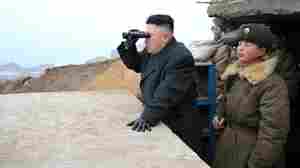 In this photo released in March by the North's Korean Central News Agency (KCNA), leader Kim Jong Un is said to be using a pair of binoculars to look south during an inspection of army troops stationed on two islands. /Xinhua /Landov hide caption

April 4, 2013 • ANALYSIS: The threats are coming almost daily. But put what's being said by North Korean leaders in context, and remember, we've heard this before. Still, war on the Korean peninsula would be disastrous. So the talk can't be dismissed.

May 10, 2010 • Who will take care of our veterans? The answer isn't as simple as it might seem, because veterans today are very different from those of even a few years ago. In a series this week on All Things Considered, NPR News examines the new veterans and their struggles. 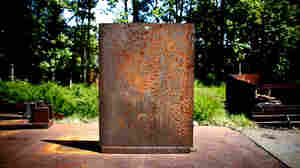 A scarred blast wall bears witness to the thousands of munitions exploded at a test site on the Aberdeen Proving Ground, a sprawling Army base north of Baltimore. John Poole/NPR hide caption

October 27, 2009 • Homemade bombs, or IEDs — improvised explosive devices — are the biggest killer of American troops in Iraq and Afghanistan. The Pentagon has spent about $14 billion to try to defeat them. At Aberdeen Proving Ground, north of Baltimore, scientists analyze the latest devices to help figure out how to save lives in the field.

February 26, 2009 • The Obama administration will no longer pay for the wars in Iraq and Afghanistan from special add-on budgets. Instead, the cost of war will have to come from the regular Pentagon budget. The military will have to make some tough choices on where to cut.

January 9, 2009 • America still has the most powerful Army in the world, but two wars in Iraq and Afghanistan have taken a toll, and the force has been stretched to the breaking point. Senior Army officials, like Chief of Staff George Casey, say the Army is "out of balance."