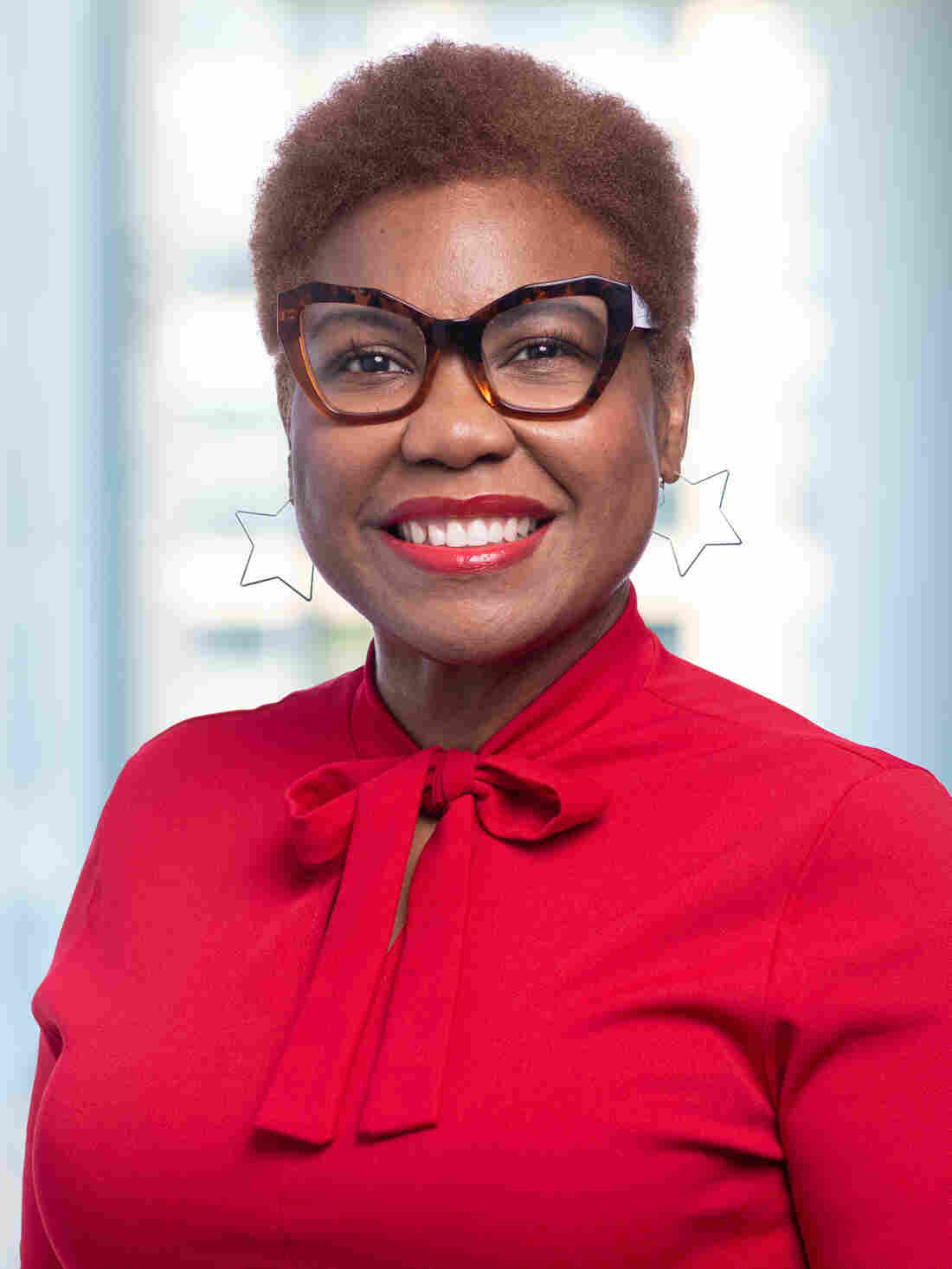 Tanya Ballard Brown is an editor for NPR. She joined the organization in 2008.

Projects Tanya has worked on include Abused and Betrayed: People With Intellectual Disabilities And An Epidemic of Sexual Assault; Months After Pulse Shooting: 'There Is A Wound On The Entire Community'; Staving Off Eviction; Stuck in the Middle: Work, Health and Happiness at Midlife; Teenage Diaries Revisited; School's Out: The Cost of Dropping Out (video); Americandy: Sweet Land Of Liberty; Living Large: Obesity In America; the Cities Project; Farm Fresh Foods; Dirty Money; Friday Night Lives, and WASP: Women With Wings In WWII.

Tanya is former editor for investigative and longterm projects at washingtonpost.com and during her tenure there coordinated with the print and digital newsrooms to develop multimedia content. She has also been a reporter or editor at GovExec.com/Government Executive magazine, The Tennessean in Nashville and the (Greensboro) News & Record. 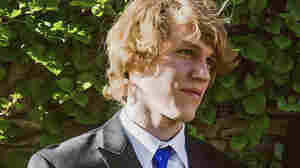 University of North Carolina, Charlotte student Riley Howell was hailed by police as a hero for tackling a gunman who opened fire in a classroom in April. Matthew Westmoreland/AP hide caption

December 25, 2019 • Riley Howell, who died saving his classmates from a gunman last April, was a Star Wars fan. Now he is a part of the Star Wars universe. 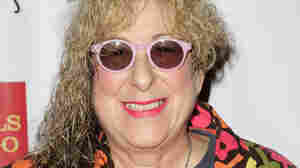 December 25, 2019 • Willis, 72, also worked with Earth, Wind & Fire. She says she learned from the band's Maurice White to "never let the lyric get in the way of the groove." 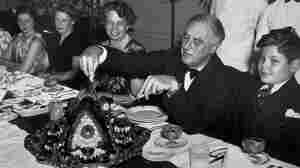 Roosevelt celebrates Thanksgiving with polio patients at the Warm Springs Foundation for Infantile Paralysis Sufferers on the Friday after the national holiday in 1938. Bettmann/Corbis/AP hide caption

November 28, 2019 • There is an explanation, but you have to go back to things decreed by Presidents Washington, Lincoln and Roosevelt (FDR, that is). 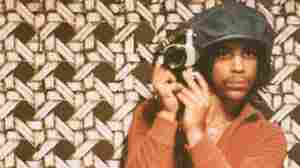 October 27, 2019 • You won't get a full picture of Prince from this book, but it does manage to pierce through some of the mystery the renowned artist purposely cultivated around and about himself. 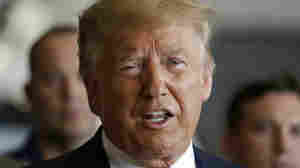 A federal appeals court has granted President Trump a temporary stay of decision, saying he does not have to turn over eight years of tax records for a New York state criminal probe. Evan Vucci/AP hide caption

October 7, 2019 • A federal appeals court has granted President Trump a temporary stay of decision, saying he does not have to turn over eight years of tax records for a New York state criminal probe. 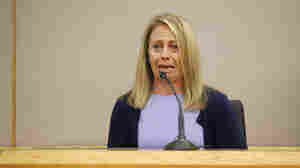 Fired Dallas police officer Amber Guyger becomes emotional as she testifies in her murder trial on Friday. She told police she thought that her neighbor's apartment was her own and that he was an intruder. Tom Fox/AP hide caption

September 27, 2019 • In her first public comments about the shooting, Amber Guyger says she was scared Botham Jean was going to kill her when she shot him in his home last September. 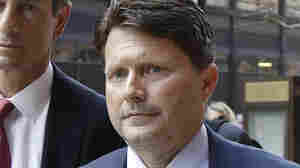 Devin Sloane (right) arrives at federal court in Boston on Tuesday for sentencing in a nationwide college admissions bribery scandal. Sloane admitted to paying $250,000 to get his son into the University of Southern California as a fake water polo player. Elise Amendola/AP hide caption 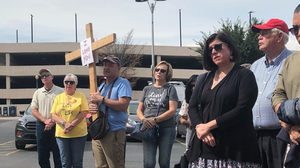 A few dozen anti-abortion activists gathered outside the coroner's office in Will County, Ill., on Thursday, to pray and call for formal burial of the remains. Sarah McCammon/NPR hide caption

Fate Of Fetal Remains Unclear As Investigation Continues In Indiana

September 19, 2019 • More than 2,200 medically preserved fetal remains were found at the home of a recently deceased former abortion provider. The discovery has led to calls for the remains to be formally buried.

Fate Of Fetal Remains Unclear As Investigation Continues In Indiana 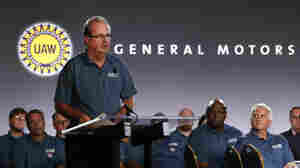 September 12, 2019 • General Motors and the United Auto Workers sit down soon to negotiate a new contract. Recession fears and slowing sales are concerns, along with allegations of corruption among UAW leaders. 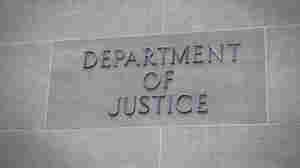 September 11, 2019 • The federal government on Tuesday released the annual National Crime Victimization Survey. The 2018 data show a big jump in reports of sexual assault and rape. 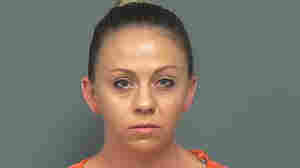 September 6, 2019 • The defense team for the white former Dallas police officer who fatally shot an unarmed black neighbor last September is expected to argue she was defending herself and the killing was a mistake. 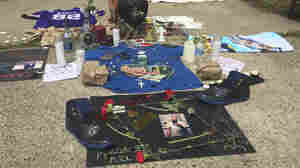 A memorial for Thomas Blevins Jr. was set up on June 25 in the alley where he was shot and killed two days earlier by Minneapolis police. On Monday, the district attorney announced he would not be charging the officers in Blevins' death. Youssef Rddad/AP hide caption

No Charges For Minneapolis Police Officers In June Shooting Fatality

July 30, 2018 • Thurman Blevins was killed on June 23 by two police officers. On Monday, the district attorney said there was "no basis to issue criminal charges" against them for shooting the armed suspect. 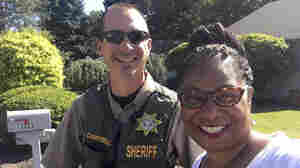 Oregon state Rep. Janelle Bynum poses with the Clackamas County sheriff's deputy who responded to a call from someone who said Bynum was casing the neighborhood. The legislator said she was going door to door talking to constituents. Janelle Bynum/AP hide caption

July 5, 2018 • Democratic state Rep. Janelle Bynum was visiting voters in her district on July 3. The legislator says one of them thought she was casing the neighborhood and called law enforcement. 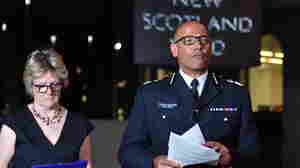 July 4, 2018 • Police in Britain say two people have been exposed to Novichok, the same nerve agent that poisoned former Russian spy Sergei Skripal and his daughter, Yulia, in March. 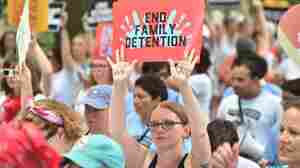 People demonstrate in Washington, D.C., on Thursday, demanding an end to the separation of migrant children from their parents. On Friday, the Justice Department said in a court filing that "the government will not separate families but detain families together during the pendency of immigration proceedings." Nicholas Kamm /AFP/Getty Images hide caption

June 29, 2018 • Now that a judge has ordered a stop to separating families, the Justice Department says it can hold families caught illegally crossing the border until their immigration proceedings are resolved.