Host, State of the Re:Union

Host, Executive Producer, Idea Man, and Top Dog of State of the Re:Union, Al Letson has received national recognition and built a devoted fan base with soul-stirring, interdisciplinary work. He established himself early in his career as a heavyweight in the Poetry Slam Movement, which garnered artistic credibility and renown. Performing on a number of national, regional and local stages including HBO's Def Poetry Jam, CBS's Final Four PreGame Show and commercial projects for Sony, the Florida Times Union, Adobe Software, and the Doorpost Film Project, Al has honed his professional voice and artistic sensibilities into a unique brand that is all his own. After winning the Public Radio Talent Quest, Al received a grant from the Corporation for Public Broadcasting to create three episodes of his public radio show concept State of the Re:Union. His company finished their first grant in August of 2009 and has just been awarded one of the largest public radio grants every given to a single project to produce a full season of shows. 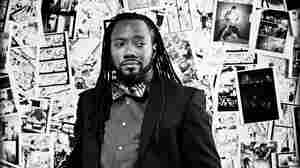 A Manifesto On Diversity In Public Media

June 1, 2015 • The host of the award-winning programs State of the Re:Union and Reveal shares his ideas about making public radio sound more like America. 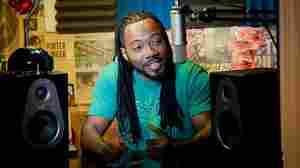 In the wake of recent police shootings involving black men, State of the Re:Union host Al Letson recalls when his father taught him to "behave" to survive. Tiffany Manning hide caption

December 7, 2014 • In the wake of recent police shootings involving black men, State of the Re:Union host Al Letson recalls when his father taught him to "behave" to survive. 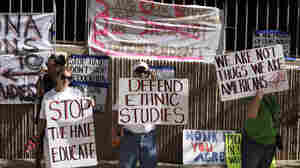 June 24, 2012 • An Arizona law that went into effect last year essentially ruled that the program offered in the city's public school system was divisive and should be scrapped. At the end of the first semester without the classes, hard feelings still linger.

May 22, 2011 • Haitians who fled to Miami after last year's earthquake have found new sorrow. Used to working and being independent, refugees are now forced to accept welfare and relying on friends and relatives for help. State of the Re:Union host Al Letson explores their stories. 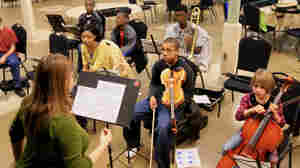 February 26, 2011 • To this day, Birmingham, Ala., is dealing with the aftermath of a brutal civil rights history. Many programs in the city seeking to heal lingering wounds by crossing racial and economic barriers. One of them is called Scrollworks. Through it, children are offered music lessons and instruments to practice on, free of charge. 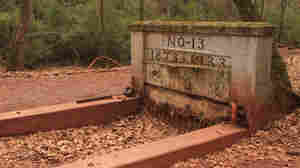 Mine No. 13 at Red Mountain Park is one of the older red ore mines in Birmingham, Ranger Eric McFerrin says. Patrick Barry /State of the Re:Union hide caption

Hiking The Mountain That Made Birmingham

February 25, 2011 • Before the civil rights movement made Birmingham, Ala., a dateline in history, it was a famous steel town. Its mines have been closed for more than three decades, but the network of old tramways is being turned into a large park. Now it's a place to explore both the history of mining and the subtleties of race.

Hiking The Mountain That Made Birmingham 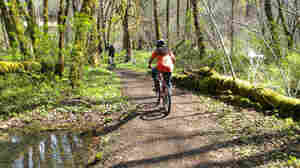 State of the Re: Union

August 14, 2010 • Oakridge fell on hard times after the government declared its forests off-limits to loggers. Now residents are trying to draw visitors by painting the town as a playground for outdoor enthusiasts. But not everyone is on board with the change in focus. 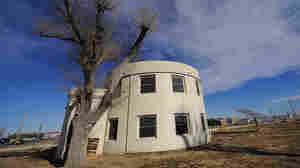 This silo-shape "green" house will be part of a chain of eco-homes built in Greensburg, Kan., after a tornado wiped out the town. Emmanuel Dunand/AFP/Getty Images hide caption

May 14, 2010 • Three years ago, a massive tornado ripped through the town of Greensburg, Kan., leaving ninety percent of the population homeless and 11 people dead. But there is new growth: a super-energy-efficient City Hall made from reclaimed brick and wood; an art center powered by the sun and wind; and a home modeled on a geodesic dome. And the rebuilding brought its 900 residents closer together.