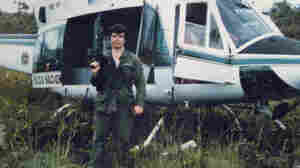 Retired agent Michael Vigil on a search and destroy operation in the Colombian jungle. "As an undercover, you're basically kind of an independent operator ... and it's very addictive." says Laura Brodie, a criminal and forensic psychologist. Courtesy Michael Vigil hide caption

For Undercover Agents, On-The-Job Adrenaline Can Be Addictive

March 29, 2015 • Danger, subterfuge, adrenaline, the thrill of pulling one over on someone. As more agencies use undercover operatives, we ask what it's like to take on a false identity professionally.

For Undercover Agents, On-The-Job Adrenaline Can Be Addictive 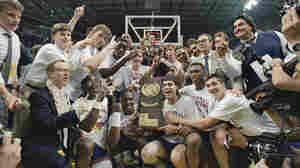 The 1988 Kansas Jayhawks hold up their trophy after winning the championship game of the NCAA Final Four Tournament. Susan Ragan/AP hide caption

March 22, 2015 • The 1988 Kansas Jayhawks came from behind and won the championship. Three members of the team reflect on what they learned from the big game and what happened to them in the years after.

Instead Of Tickets, N.H. Police Hand Out Good-Deed Coupons

March 15, 2015 • Getting a ticket isn't all bad when it's in Farmington, N.H. Police Chief John Drury tells NPR's Rachel Martin that officers there are giving out pizza coupons for good behavior.

Instead Of Tickets, N.H. Police Hand Out Good-Deed Coupons 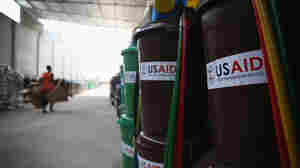 March 15, 2015 • In this week's For the Record, we meet three humanitarian aid workers: one confronting the Ebola crisis, another trying to educate Syrian refugees and another who's stepped back from field work. 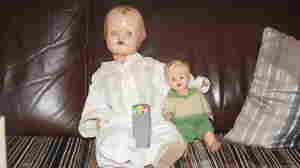 Haunted Dolls Are A Thing, And They're Not Cheap, Either

March 15, 2015 • Some dolls don't look quite right. There's just something creepy about them. Turns out those dolls fetch a high price on eBay and Etsy.

Haunted Dolls Are A Thing, And They're Not Cheap, Either 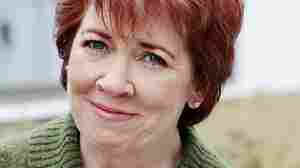 March 8, 2015 • Marilee Jones, the former dean of admissions at MIT, inflated her resume and resigned from her position in 2007. Coming back from that kind of mistake can be harrowing — and life-changing.

March 1, 2015 • The watermelon has been Oklahoma's state vegetable — not fruit — for nearly a decade. The poor melon has become a political football, as some lawmakers now want to repeal the its title.

To Save Birds, Send A Ship Full Of Rat Poison

January 25, 2015 • A ship has departed for South Georgia Island with enough poison to wipe out the rats that have been decimating the local bird population.

To Save Birds, Send A Ship Full Of Rat Poison

For The Record: Aging Out And Moving On

January 11, 2015 • The number of Americans over the age of 65 is expected to double in 35 years. That means more families grappling with what to do when a loved one can't live alone anymore.

For The Record: Aging Out And Moving On

December 14, 2014 • With the holiday season, comes holiday movies, and this year marks the 25th anniversary of one of the best — National Lampoon's Christmas Vacation. 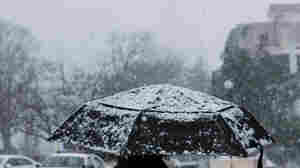 November 2, 2014 • Some people have SAD — seasonal affective disorder — in reverse. For these people, today is the best day of the year.

April 20, 2014 • The tiny principality of Liechtenstein spreads across a grand total of 62 square miles. Now, it's getting smaller. 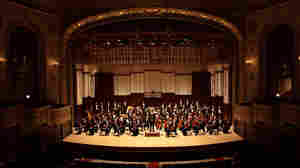 Like many regional orchestras, the Detroit Symphony Orchestra has struggled financially. But after a lot of work, it's set itself on solid footing and become a bright spot in a struggling city. Courtesy DSO hide caption

March 9, 2014 • The Detroit Symphony Orchestra has struggled financially, but after much work, it's set itself on solid footing and become a bright spot in a struggling city.

March 9, 2014 • John Denver's hit "Take Me Home, Country Roads," has just become a state song of West Virginia, an effort spearheaded by the woman married to the actor who played Gilligan on Gilligan's Island.