May 28, 2018 • The State Department says the delegation was there meeting with North Korean officials preparing for a possible summit between President Trump and North Korean leader Kim Jong Un in Singapore.

May 25, 2018 • Senate Majority Leader Mitch McConnell tells NPR that nothing from a secret briefing changed his mind about the integrity of Russia probes. And, for now, there won't be a U.S.-North Korea summit.

May 24, 2018 • President Trump has cancelled his proposed meeting with the leader of North Korea. It happened the same morning that North Korea made a very public showing of destroying its nuclear test site.

May 24, 2018 • As part of the Russia probe, lawmakers will be briefed about an informant working with the FBI — leading up to the presidential election. Diplomats try to work out a June U.S.-North Korea summit.

May 23, 2018 • The president of the Southwestern Baptist Theological Seminary has been removed from his position. Paige Patterson has faced backlash about how he counseled women who reported marital abuse and rape. 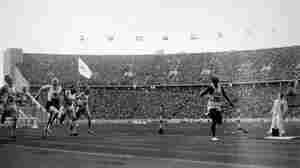 Jesse Owens crosses the line to win the 100-meter dash, one of four gold medals he won at the 1936 Olympics in Nazi Germany. The new book Upon Further Review imagines 31 counterfactual scenarios in sport, including the possibility of the United States boycotting the 1936 games. Keystone/Getty Images hide caption

May 16, 2018 • Mike Pesca's new book imagines 31 counterfactual "what ifs" in sports, from home runs taken off the board to a boycott of the 1936 Olympics in Hitler's Germany.

Tom Wolfe, Author Of 'Bonfire Of The Vanities,' Dies At 88

May 15, 2018 • Best-selling author Tom Wolfe, one of the pioneers of what came to be called "the new journalism," died at a hospital in New York.

Tom Wolfe, Author Of 'Bonfire Of The Vanities,' Dies At 88

May 15, 2018 • On the same day that the U.S. opened its embassy in Jerusalem, more than 50 people were killed when Israeli troops fired on protesters in Gaza. And, primary elections will be held Tuesday in 4 states.

May 14, 2018 • The Supreme Court has struck down a federal ban on sports betting. It's one of three decisions coming out of the high court on Monday.

May 14, 2018 • On Monday, the U.S. moves its embassy from Tel Aviv to Jerusalem. Thousands of Palestinians are expected to demonstrate and confront Israeli troops on the border between Gaza and Israel.

May 11, 2018 • President Trump was at a campaign rally in Elkhart, Ind., Thursday night, meanwhile, Republicans mull if he can bring the votes this fall. And, Trump's chief of staff sits down for an interview.

May 10, 2018 • President Trump hailed his diplomacy with North Korea's leader for winning their freedom. Several countries are fighting in Syria and the conflict there between Israel and Iran has heated up.

May 8, 2018 • N.Y. Attorney General Eric Schneiderman resigned after an article detailed allegations by 4 women that he physically abused them. And, Trump is set to make an announcement about the Iran nuclear deal. 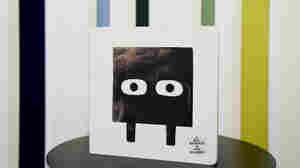 My First Existential Crisis: The Sweet Story Of An Angsty 'Square'

May 8, 2018 • Jon Klassen and Mac Barnett are writing a children's book trilogy about shapes who are just like us. The second installment follows a straight-laced square who wonders if he's really a genius.

My First Existential Crisis: The Sweet Story Of An Angsty 'Square'