Accessibility links
David Gilkey David Gilkey was a staff photographer and video editor for NPR, covering both national and international news. He produced award-winning photo essays, videos and multimedia presentations for NPR.org, as well as radio reports for NPR. 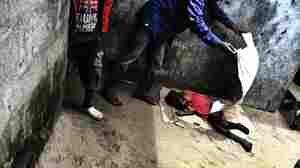 Saah Exco was found alone on a beach, naked and abandoned a few days ago. Neighbors were afraid to touch him; they were worried about Ebola. But someone did eventually take him to the Ebola ward at JFK hospital in Monrovia. NPR learned today that he died. David Gilkey/NPR hide caption

August 21, 2014 • The photo showed a little boy. He was found naked on a beach in Liberia and was very sick, most likely with Ebola. The world was deeply touched. And hoped for a miracle. But his story has a sad end. 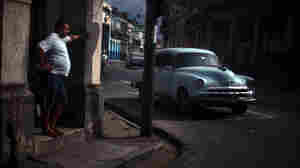 Go To Cuba, We Said, But NO Car Pictures.

June 28, 2014 • NPR photographer David Gilkey went to Cuba and made images of the one thing his editor told him to avoid: cars. 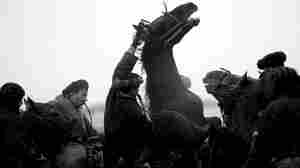 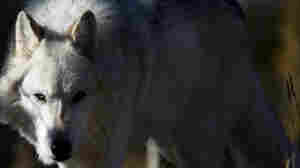 Wolves At The Door

January 31, 2014 • In much of the American West, the gray wolf is a divisive political issue. NPR's Nathan Rott and photographer David Gilkey spent weeks reporting from Montana, where wolves are no longer protected.

Wolves At The Door 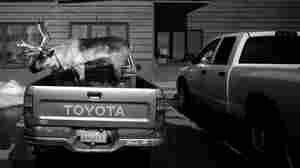 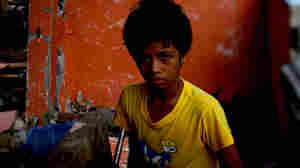 November 21, 2013 • NPR photographer David Gilkey has photographed in extreme situations — from the surge in Afghanistan, to bombings in Gaza, to the tsunami in Japan, but nothing could have prepared him for what he saw in the village of Barangay 68 in Tacloban City, Philippines. 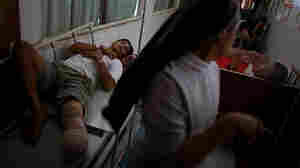 November 16, 2013 • In the typhoon-ravaged heart of the Philippines, many hospitals were badly damaged or destroyed by the storm. NPR photojournalist David Gilkey takes a look at one hospital that continues to operate despite a lack of food, water or medical supplies. 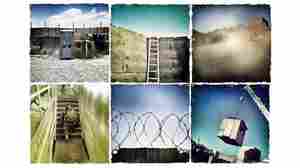 Looking Back To Move Forward: 13 Years Of Photographing Afghanistan

July 22, 2013 • Saying goodbye to something you've known for a decade can be a landmine of emotion — even if that thing is a war. 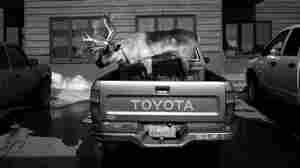 "Velvet Eyes" — a pet reindeer belonging to Carl Emmons — stands in the back of a pickup truck outside a market and gas station in Nome, Alaska. David Gilkey/NPR hide caption

Dashing Through The Snow ... With A Reindeer In A Pickup Truck?

May 28, 2013 • NPR photographer David Gilkey provides a dispatch from Nome, Alaska — where spotting a reindeer in a pickup is one of the perks of the job. 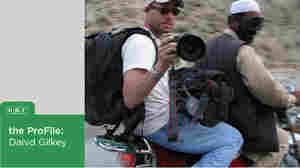 Photojournalist ProFile: 'You Have To Be In The Middle Of It.'

May 24, 2013 • You may not recognize his voice right away, but you've likely seen his photographs. From the frontlines in Afghanistan to the front of the Trans-Siberian Railway, Award-winning photographer David Gilkey has helped to shape the 'look' of NPR reporting. Meet the man behind the slideshows. 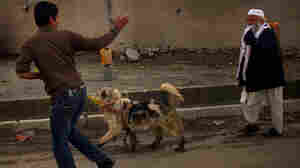 What does daily life in Kabul, Afghanistan, look like? David Gilkey/NPR hide caption

A Glimpse Of Daily Life In Afghanistan

April 30, 2012 • Headlines of war and political crises usually occupy the news out of Afghanistan. But beyond all that, ordinary life goes on.

Looking Back At A Decade Of Pursuing Bin Laden

May 2, 2011 • The hunt for Osama bin Laden started in the flames of Sept. 11, 2001. America is still at war with Afghanistan, where bin Laden began his campaign against the West. NPR Photographer David Gilkey, who is embedded with troops in Helmand Province, tells Renee Montagne the troops' reaction to bin Laden's death.

Looking Back At A Decade Of Pursuing Bin Laden

May 2, 2011 • Marines in Afghanistan welcomed the news that Osama bin Laden had been killed by U.S. forces in Pakistan, seeing it as a breakthrough in their mission.

August 20, 2009 • In rural areas of Afghanistan, the polling booths and ballot boxes were brought in by donkey. And in some cases, helicopters were enlisted to drop off some of the material in the remotest regions.