Accessibility links
Bill Chappell Bill Chappell is a writer and editor on the News Desk in the heart of NPR's newsroom in Washington, DC. 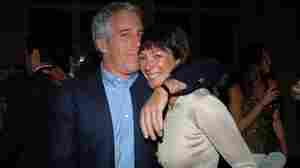 Ghislaine Maxwell has been arrested on charges that she helped Jeffrey Epstein recruit underage girls for sexual abuse. The two are seen here in 2005. Joe Schildhorn/Patrick McMullan via Getty Images hide caption

July 2, 2020 • "Maxwell was among Epstein's closest associates and helped him exploit girls who were as young as 14 years old," said Audrey Strauss, acting U.S. attorney for the Southern District of New York. 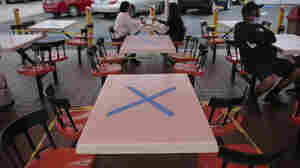 Tables are marked with X's for social distancing in the outdoor dining area of a restaurant in Los Angeles, Wednesday. California Gov. Gavin Newsom has ordered a three-week closure of bars and indoor operations of restaurants and certain other businesses in Los Angeles and 18 other counties as the state copes with increasing cases of COVID-19. Jae C. Hong/AP hide caption 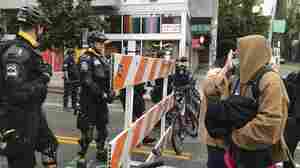 Protesters stand across from Seattle officers early Wednesday in a road in the Capitol Hill Organized Protest zone. Police started taking down demonstrators' tents in the protest zone after Seattle's mayor ordered it to be cleared. Aron Ranen/AP hide caption 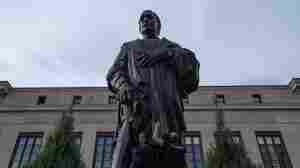 A statue of Christopher Columbus was removed from in front of City Hall in Columbus, Ohio, on Wednesday. The statue has been a focal point for racial justice protests; earlier this week, demonstrators climbed onto its pedestal to pose for photos. Seth Herald/AFP via Getty Images hide caption

July 1, 2020 • For many people, Columbus Mayor Andrew Ginther said, "the statue represents patriarchy, oppression and divisiveness." It stood outside City Hall for some 65 years.

Jacksonville Mandates Face Masks, As It Prepares To Host Trump At GOP Convention

June 30, 2020 • The event was recently moved from North Carolina over a dispute about safety precautions such as face coverings and crowd limits. 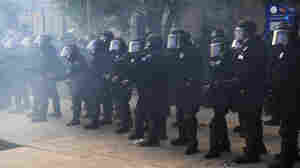 June 30, 2020 • The photos surface after an officer with the Aurora Police Department reported them to the internal affairs unit. The interim police chief calls them reprehensible. 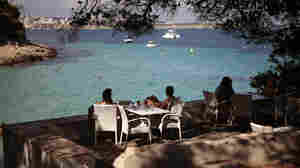 People sit in a terrace bar at the beach in Spain earlier this month, when many internal travel restrictions were lifted. The EU has decided on its first list of approved travel partners, as part of its reopening of external borders. Joan Mateu/AP hide caption

June 30, 2020 • The European Union won't allow U.S. travelers when it begins opening its external borders this week. It will admit foreigners from only 15 countries — including South Korea and, with a caveat, China. 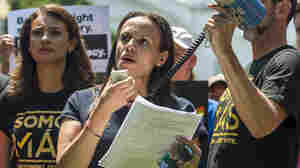 Alexis McGill Johnson becomes the permanent president and CEO of Planned Parenthood after serving in the role on an interim basis. Here, she addresses a rally against white supremacy last year in Lafayette Square in Washington, D.C. Marlena Sloss/The Washington Post via Getty Images hide caption

June 26, 2020 • McGill Johnson has been the group's interim leader for almost a year, taking up the position after the abrupt removal of its former president, Leana Wen. The Indianapolis 500 — usually viewed by hundreds of thousands of spectators — will be run in August in front of a crowd capped at 50% capacity, track officials say. Here, cars race in front of fans during last year's event. Darron Cummings/AP hide caption

June 26, 2020 • The track normally accommodates hundreds of thousands of spectators. Indianapolis Motor Speedway President J. Douglas Boles says the race will be held on Aug. 23 with fans on hand. 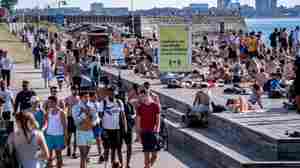 Sweden's top disease expert says a surge in new coronavirus cases is a result of more testing. Here, people enjoy the sun and water at a bathing jetty in Malmo, Sweden, on Thursday alongside a sign instructing the public to maintain social distancing. Johan Nilsson/TT News Agency/AFP via Getty Images hide caption

June 26, 2020 • Anders Tegnell says the WHO misinterpreted Swedish data when it included Sweden in a list of nations with a resurgence. Days before the WHO warning, Sweden saw a surge of 1,699 new coronavirus cases. 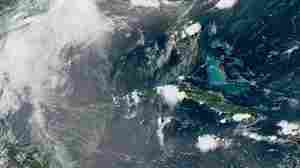 A massive cloud of dust from the Sahara Desert is arriving along the U.S. Gulf Coast this week after traveling across the Atlantic Ocean. The dust will move over the Southeastern United States after reaching the U.S. shore. NOAA/NESDIS/STAR/GOES-East hide caption

June 25, 2020 • The phenomenon happens every year – but the 2020 version is especially large and imposing, experts say.

June 25, 2020 • In response to Police Chief Chris Magnus' offer to quit, Tucson Mayor Regina Romero issued a statement saying, "I do not believe the Chief should resign." 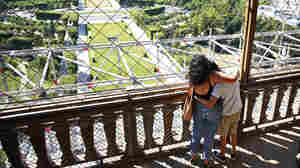 A couple take in the view as they visit the Eiffel Tower on Thursday. Paris' iconic tower is reopening after the coronavirus forced the longest closure since World War II. Thibault Camus/AP hide caption

Eiffel Tower Reopens In Paris After A 3-Month Shutdown

June 25, 2020 • It was the landmark's longest closure since World War II. But the tower's highest point is still not open — and for now, visitors will need to take the stairs. 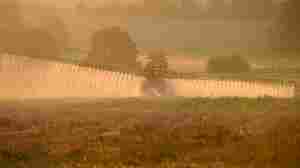 Bayer says a settlement worth more than $10 billion will resolve most of the roughly 125,000 claims the company currently faces over its Roundup product. Here, a farmer sprays the glyphosate herbicide in northwestern France in September. Jean-François Monier/AFP via Getty Images hide caption

June 24, 2020 • Roundup's active ingredient is glyphosate, which thousands of plaintiffs blame for causing them to develop cancer. 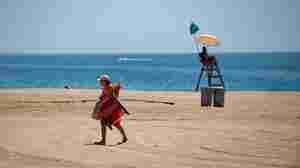 A woman passes a lifeguard this week on the beach in Lloret de Mar, Spain. The European Union is considering which countries should be allowed to send tourists to its member nations as travel restrictions begin to ease in the pandemic. Josep Lago/AFP via Getty Images hide caption

June 24, 2020 • Chief among the criteria for easing restrictions on foreign travelers: The epidemiological situation in their home countries "should be as good as or better than in the EU," a spokesperson tells NPR.