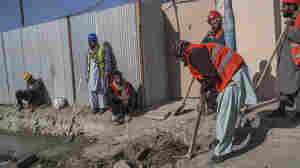 Afghan laborers work on a road project in Kabul. The city has undertaken a huge project to fix its roads and sewers. Daniel Berehulak/Getty Images hide caption

Kabul Postcard: A Neighborhood In Transition

December 12, 2014 • As NPR Kabul correspondent Sean Carberry wraps up his assignment, he assesses the change in his neighborhood, which has gone from dirt streets to upscale shopping centers.

Kabul Postcard: A Neighborhood In Transition

December 1, 2014 • It's been a particularly bloody time in Afghanistan, especially in the capital, Kabul. There are a lot of theories explaining the surge in violence but few clear answers.

November 27, 2014 • There were multiple attacks targeting Westerners in Afghanistan's capital on Thursday, on the same day the Afghan parliament approved an agreement to allow some U.S. troops to remain the country.

November 24, 2014 • The bomber attacked the tournament in eastern Afghanistan on Sunday. That came after the lower house of Afghanistan's parliament approved keeping U.S. troops in the country past the end of the year. 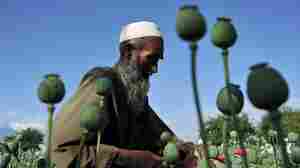 An Afghan farmer collects raw opium as he works in a poppy field in Khogyani District of Nangarhar province in April 2013. AFP/Getty Images hide caption

November 12, 2014 • An annual U.N. report finds that more than 550,000 acres were cultivated with opium poppies this year — that's approaching the total land area of Rhode Island.

November 12, 2014 • As western military forces withdraw from Afghanistan, Afghan security forces are coming under increasing pressure. About 9,000 have been killed in the last two years, mostly on the police side. 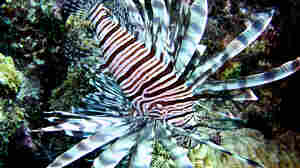 Lionfish, which are native to the Pacific and Indian oceans, are now present in the Atlantic and the Caribbean, where they are devouring smaller fish that protect reefs. The Caribbean island of Bonaire is teaching divers how to catch the venomous fish. Sean Carberry/NPR hide caption

November 10, 2014 • Bonaire is a scuba diver's paradise in the Caribbean. But the invasive lionfish is gobbling up smaller fish that protect the reef. The island is now teaching divers how to spear the lionfish. 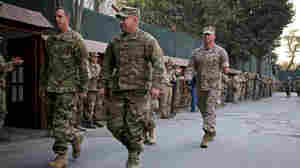 Wounded In Combat, U.S. Troops Go Back For A 'Proper Exit'

November 4, 2014 • For some U.S. troops who left Iraq and Afghanistan by medevac, a return trip to these countries allows them to depart on their own terms.

Wounded In Combat, U.S. Troops Go Back For A 'Proper Exit' 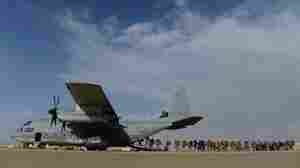 U.S. Marines board a C-130 transport plane as they withdraw from Camp Leatherneck, their huge base in southern Afghanistan. This marked the biggest handover yet to the Afghan army, which is facing a tough fight with the Taliban in Helmand province and other parts of southern Afghanistan. Wakil Koshar/AFP/Getty Images hide caption

With Marines Gone, Can The Afghan Army Hold Off The Taliban?

October 27, 2014 • The Marines have departed their biggest base in southern Afghanistan, the scene of heavy fighting throughout the war. This will be one of the main proving grounds for the Afghan army.

With Marines Gone, Can The Afghan Army Hold Off The Taliban?

October 21, 2014 • For most of 2014, Afghanistan was suffering from economic paralysis as its presidential election teetered on the brink of collapse. The inauguration of President Ashraf Ghani eased tensions and buoyed optimism that business will turn around.

September 28, 2014 • Currently, there are about 100 refugees living in Afghanistan. But the country has no asylum laws, and the refugees are fighting for legal status or resettlement elsewhere.

September 22, 2014 • A power-sharing deal announced over the weekend ends the long dispute over who will lead Afghanistan. Afghan election officials announced that Ashraf Ghani is the country's next president. 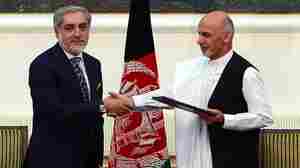 September 21, 2014 • The top two presidential candidates in Afghanistan shake hands and sign a power-sharing deal, ending months of bitter disputes over who will succeed Hamid Karzai. 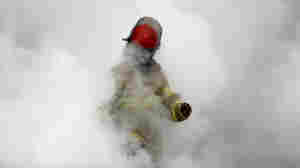 An Afghan firefighter emerges from the smoke from a fire in a Kabul clothing market in 2012. The fire department is remarkably professional in a city where few institutions function. Mohammad Ismail/Reuters /Landov hide caption

Not Every Afghan Institution Is Efficient; This One Is

September 17, 2014 • When NPR's Kabul bureau caught fire recently, it came as a pleasant surprise that the fire department in the Afghan capital is good at putting out fires.

Not Every Afghan Institution Is Efficient; This One Is