Accessibility links
Alex Cohen Alex Cohen is the reporter for NPR's fastest-growing daily news program, Day to Day where she has covered everything from homicides in New Orleans to the controversies swirling around the frosty dessert known as Pinkberry.

May 11, 2020 • Jerry Stiller's son, Ben Stiller, tweeted his dad died of natural causes. Jerry Stiller began his career in the 1950s and remained popular with his featured roles on Seinfeld and King of Queens. 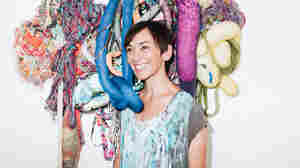 Inara George has long coped with the death of her father, Little Feat's Lowell George, in private. Dearest Everybody is her first time publicly reckoning with his death in song. Alexa Nikol Curran/Courtesy of the artist hide caption

May 7, 2018 • Lowell George, leader of the classic rock act Little Feat, died at 34. His daughter Inara has been trying to cope ever since. On her new album, she faces his absence in a way she never has before. 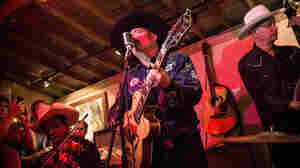 January 7, 2017 • The guitarist has played on records by Tom Waits, Norah Jones and Beck, but at one point, he was sure he wanted to pursue a career in acting.

May 11, 2015 • A new book tells the story of Bobby Fuller, who was best-known for the song "I Fought the Law." He was a talented guitarist and producer who moved from El Paso, Texas, to LA. He was on the verge of his big break when his body was found in his car doused in gasoline. The Los Angeles police ruled it an accidental death. 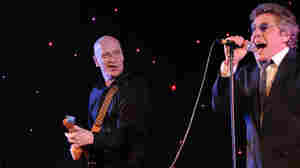 Wilko Johnson Set Out To Make One Final Album, But It Didn't Work Out That Way

January 2, 2015 • Facing a fatal diagnosis, Wilko Johnson made what was to be his final album with singer Roger Daltrey of The Who. Then doctors intervened. "Maybe," Daltrey says, "there's a Part 2 to this record."

Wilko Johnson Set Out To Make One Final Album, But It Didn't Work Out That Way

Good For The Jews: A Little Passover Music

April 8, 2009 • Passover begins Wednesday at sundown, which for many households means rousing renditions of the traditional Passover song "Dayenu." But for those looking to add something new to their Passover playlist, look no further than "They Tried to Kill Us, We Survived, Let's Eat," as performed by Good for the Jews.

They Tried To Kill Us

April 7, 2009 • The Voice of San Diego is a 4-year-old nonprofit online news service that has broken some of the area's more important stories. Last week, Investigative Reporters and Editors awarded the Web site with one of investigative journalism's most prestigious national awards.

March 19, 2009 • Moves made by the Federal Reserve Wednesday effectively pump more than $1 trillion into the credit markets. The initial impact seems to be on mortgage rates and oil prices.

March 18, 2009 • AIG chief executive Edward Liddy and others involved in the giant insurer's struggles testify Wednesday at a congressional hearing. The panel wants to know how AIG fell apart, why it needs so much federal assistance and where it goes from here.

March 4, 2009 • The band is reuniting for a 30-city tour to mark the 25th anniversary of This Is Spinal Tap. Christopher Guest, Michael McKean and Harry Shearer will play songs from the '80s rock-band farce, as well as the folk-music satire A Mighty Wind.

February 26, 2009 • President Obama is expected to announce plans to withdraw U.S. combat troops from Iraq by late summer 2010. Can the military achieve that goal without compromising security in Iraq?

What Listeners Are Giving Up For Lent

February 25, 2009 • Day to Day asked listeners to tell us what they were giving up for Lent in a time when everyone already seems to be giving up so much. Here are some of the responses.

What Listeners Are Giving Up For Lent