July 31, 2014 • Months after denying that the CIA could have been snooping on Senate staff, agency director John Brennan has apologized to Sens. Dianne Feinstein and Saxby Chambliss.

July 31, 2014 • Votes are set Thursday in both the GOP-led House and Democratic-controlled Senate on bills addressing the young migrants seeking refuge. But the competing bills have little chance of being reconciled.

A Compromise Deal On Overhauling The VA, But Will It Pass?

July 29, 2014 • House and Senate negotiators reached a compromise, $17 billion agreement to improve medical care for veterans. The deal comes in the final week before Congress leaves town for a monthlong recess.

A Compromise Deal On Overhauling The VA, But Will It Pass? 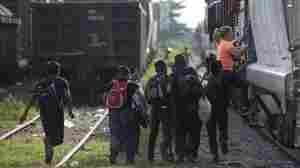 Immigrants run to jump on a train in Ixtepec, Mexico, during their journey toward the U.S.-Mexico border. President Obama wants nearly $4 billion in emergency funds to deal with the tens of thousands of children from Central America who've been crossing the border. Eduardo Verdugo/AP hide caption

Time Running Short For Congress To Agree On Border Bill

July 27, 2014 • Congress has just one work week left before its planned August recess, but it has yet to strike a deal on a funding bill dealing with the border crisis.

Time Running Short For Congress To Agree On Border Bill 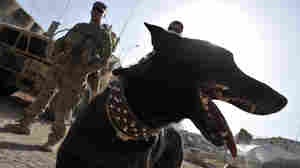 July 24, 2014 • On Capitol Hill, dogs and their handlers have made the case that all U.S. military dogs should be brought home from war — and treated with the respect they've earned on the battlefield. 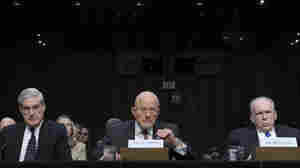 The Challenge Of Keeping Tabs On The NSA's Secretive Work

The Challenge Of Keeping Tabs On The NSA's Secretive Work 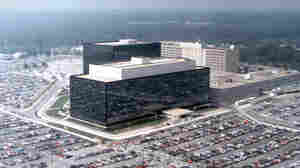 Over the last dozen years, whistleblowers at the National Security Agency have had a rough track record, facing FBI raids and lawsuits. NSA/Reuters/Landov hide caption

July 22, 2014 • Unless you have documents, nobody listens. It's a bitter lesson learned by former NSA officials who tried to work within the system to expose what they considered unconstitutional programs.

July 11, 2014 • A year after Edward Snowden's digital heist, the NSA's chief technology officer says steps have been taken to stop future incidents. But he says there's no way for the NSA to be entirely secure.

July 10, 2014 • The latest revelation from Edward Snowden's NSA trove is a story that appeared in the online publication The Intercept. Five prominent American citizens say they were spied on because they're Muslims.

July 2, 2014 • The independent Privacy and Civil Liberties Oversight Board has offered recommendations on how to reform one of the surveillance programs deployed by the National Security Agency. The privacy board found that the program, which was revealed by former NSA contractor Edward Snowden, is constitutional and free of abuse, but it's still proposing reforms. 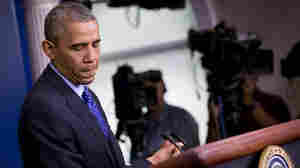 President Obama pauses while speaking about the situation in Iraq on Thursday. Obama said the U.S. will send up to 300 military advisers to Iraq and set up joint operation centers. Jacquelyn Martin/AP hide caption

June 22, 2014 • President Obama has said that the U.S. is prepared to take targeted military action in Iraq to confront insurgents and that he will consult Congress. But he's said nothing about seeking its approval. 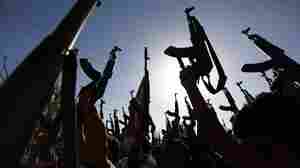 June 17, 2014 • Some warn that the violence gripping the country could lead to another Sept. 11. But experts are skeptical, and Americans are wary of new military entanglements. 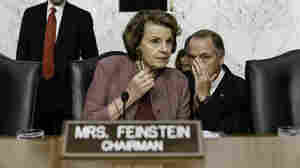 If The NSA Can't Keep Call Records, Should Phone Companies Do It?

June 8, 2014 • The House bill to halt the NSA's collection of call data would force the agency to request records from phone companies. But if companies don't keep those records, the NSA's efforts could be crippled.

If The NSA Can't Keep Call Records, Should Phone Companies Do It?