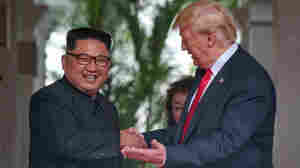 FACT CHECK: U.S. And North Korea After Their Singapore Summit

July 31, 2018 • President Trump has claimed his summit with North Korean leader Kim Jong Un has led that nation to begin the process of denuclearization and removed its threat to the United States. A fact check.

July 28, 2018 • The return of possible American GI remains is a hopeful sign from North Korea but Pyongyang continues to produce material needed to produce nuclear weapons. 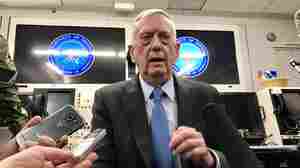 Defense Secretary Jim Mattis speaking to reporters aboard an armored version of a 747 which functions as an airborne command post. David Welna/NPR hide caption

July 24, 2018 • Defense Secretary Jim Mattis prevailed on a number of policy decisions in the first year of the Trump administration, but his positions have been rejected many times in the second year. 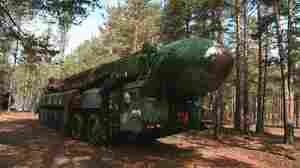 A Russian intercontinental ballistic missile is moved during military training in the mid-1990s near Irkutsk, Siberia, Russia. Arms control has been at the center of a decades-long discussion between Russia and the U.S. Associated Press hide caption

July 17, 2018 • The U.S. and Russia still inspect each other's nuclear arsenals and have sharply curtailed the number of weapons poised to launch. That's thanks to two arms control treaties, which are now at risk.

How The Trump-Putin Summit Could Affect 2 Arms Control Treaties

July 15, 2018 • The U.S. and Russia possess 92 percent of the earth's atomic arsenal. Both recently announced plans to build new nuclear weapons. How will the Trump-Putin summit affect two non-proliferation treaties?

How The Trump-Putin Summit Could Affect 2 Arms Control Treaties 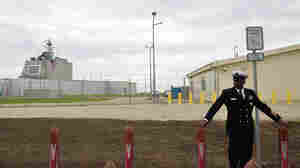 July 11, 2018 • President Trump bitterly criticizes many NATO member countries for not spending more on defense and says they owe the U.S. "massive amounts of money." The reality is more complicated. 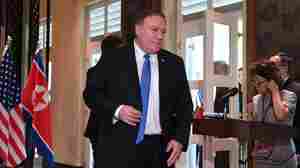 July 5, 2018 • Secretary of State Pompeo leaves for Pyongyang on Thursday, his first trip there since the U.S. and North Korea signed a declaration stating Pyongyang would work to denuclearize the Korean Peninsula. July 3, 2018 • The Pentagon has stopped reporting troop levels for Afghanistan, Iraq and Syria following President Trump's declaration that the U.S. would not talk about troop numbers in Afghanistan. 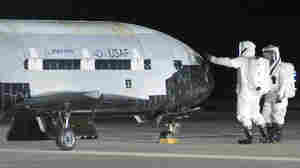 The Air Force currently oversees many of the military's space activities, such as the experimental X-37B spacecraft. Michael Stonecypher/USAF hide caption

June 18, 2018 • The president wants a "separate but equal branch" of the military to watch over the final frontier, but only Congress can make it happen. 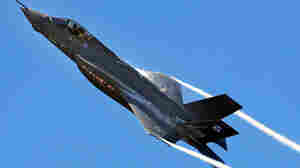 An F-35 Lightning II in flight. Congress is moving to block delivery of the warplane to Turkey, a NATO ally and member of the nine-nation consortium manufacturing the warplane. U.S. Air Force photo/Senior Airman Julianne Showalter hide caption

June 14, 2018 • Turkey is scheduled to get its first F-35 jet fighters next week, but it is also considering buying Russia's most advanced anti-aircraft system. Congress is moving to block delivery of the warplane. 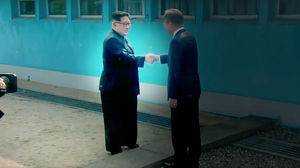 A screenshot of a video shared on White House social media accounts. The video — a fake movie trailer encouraging cooperation between President Trump and North Korean leader Kim Jong Un — was shown to Kim by Trump himself on an iPad toward the end of their summit in Singapore Tuesday. White House/Screenshot by NPR hide caption 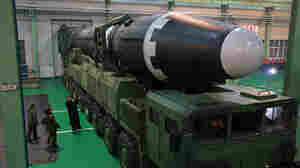 June 6, 2018 • The Trump administration's terms for North Korea's denuclearization verge on the impossible, some former negotiators say: "There's no way of doing something that's irreversible, that I know of." 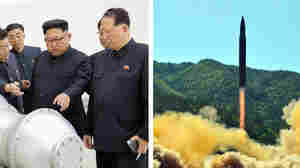 May 30, 2018 • President Trump says he wants North Korea to end its nuclear weapons program permanently. Those who've seen the program say denuclearization, if it happens, would likely take a very long time.