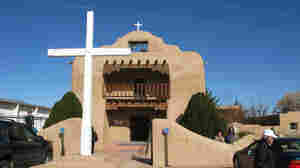 Santo Tomas Catholic Church in Abiquiu, N.M., is the site of an annual saint's day celebration in late November that includes cultural elements of the genizaros, the descendants of Native American slaves. John Burnett/NPR hide caption

December 29, 2016 • The mixed-race genizaros, whose history stretches back to the 17th century, smash the conventional notion that New Mexican identity is defined as either the noble Spaniard or the proud Pueblo Indian. 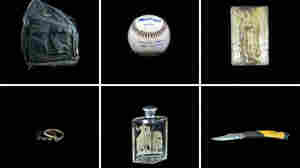 Case 0435: The remains are presumed to be male and were found Feb. 9, 2012, on the Laborcitas Creek Ranch in Brooks County, Texas. They were exhumed from the Sacred Heart Cemetery in Falfurrias on May 23, 2013. All items were found in the blue backpack. Courtesy of The Texas Observer hide caption

In Texas, A Database Of Exhumed Objects Aims To ID Migrants Who Perished

In Texas, A Database Of Exhumed Objects Aims To ID Migrants Who Perished

December 7, 2016 • President-elect Trump plans to nominate retired Marine Gen. John Kelly to become his secretary of Homeland Security. Kelly is a former head of U.S. Southern Command and a long-serving Marine infantryman. He would be the latest former general to join the nascent Trump administration.

Texas, Oklahoma Divided Over How To Handle Earthquakes Linked To Oil Drilling

November 28, 2016 • Oklahoma and Texas have been experiencing a rash of human-caused earthquakes. It happens when oil and gas wastewater gets pumped underground in the wrong places and disrupts faults. Oklahoma officials have cracked down on wastewater injection; Texas is apparently uninterested in doing much. That could mean a lot more quakes given that the country's biggest oil reservoir has just been discovered in west Texas.

Texas, Oklahoma Divided Over How To Handle Earthquakes Linked To Oil Drilling 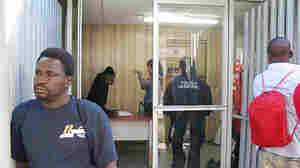 Haitian nationals at a Mexican government immigration office near the port of entry between Nogales, Sonora, Mexico, and Nogales, Ariz., wait day after day for appointments with U.S. immigration agents so they can enter. As a result of the Haitian influx and a continuing surge of Central Americans on the Texas-Mexico border, the U.S. government has run out of detention space. John Burnett/NPR hide caption

November 23, 2016 • By way of Brazil, where they migrated in recent years, many Haitians are now hoping to resettle in the U.S. But a shift in policy has left some 5,000 stranded at the U.S.-Mexico border.

November 15, 2016 • Donald Trump told CBS he plans to build a barrier on the U.S.-Mexico border. Adding he's not going to round up all unauthorized immigrants as he vowed during the campaign — just the law breakers.

November 9, 2016 • Any hope Democrats had of younger Latino voters turning the Lone Star State blue, were wiped out by Donald Trump's stronger support among white men.

November 9, 2016 • Immigration was a big issue in the presidential race. Now that Donald Trump has been elected, will he carry through with promises? And, financial markets began the day lower on news Trump would win.

November 8, 2016 • Voters in Pennsylvania, Texas and South Carolina weigh in on the end of the 2016 presidential campaign. 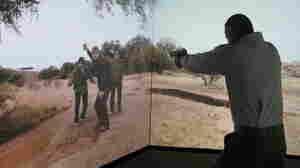 October 29, 2016 • The U.S. Border Patrol expanded after Sept. 11, but was soon plagued with corruption. A new leader is trying to turn around the agency. We visited field agents to explore if the reforms are working.

October 18, 2016 • Immigration is one of the most divisive issues in the presidential race. NPR takes a look at Hillary Clinton and Donald Trump's policy proposals on the subject. 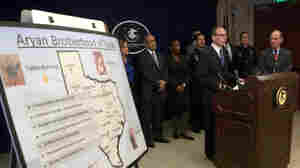 The Justice Department says racketeering convictions have "decapitated" the leadership of the Aryan Brotherhood of Texas and "decimated" its ranks. Here, Assistant Attorney General Lanny Breuer announces in 2012 the arrest of dozens of Texas members of the white supremacist organization. Cody Duty/Houston Chronicle via AP hide caption

October 4, 2016 • The Justice Department has been trying to take down the Aryan Brotherhood of Texas, a violent prison gang. In 2014, 73 members were convicted. But a top ABT member says the group is bowed, not broken. 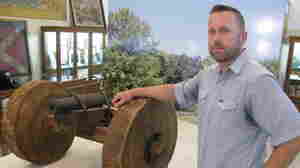 For Sale: A Texan Symbol Of Defiance

October 2, 2016 • The "come and take it" flag, born of revolution, is a hallmark of Texas pride. But locals are angry that the motto has been co-opted by Second Amendment rights groups and T-shirt sellers.

For Sale: A Texan Symbol Of Defiance 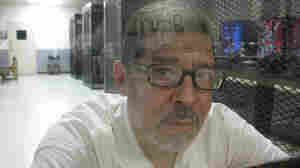 Keith Cole is one of the Texas inmates in the federal lawsuit challenging extreme heat in Texas prisons. John Burnett/NPR hide caption

September 12, 2016 • A group of inmates in Texas says poorly ventilated, steel and concrete cellblocks bake like ovens. The inmates are suing the state prison system, arguing the heat is killing older and infirm convicts. 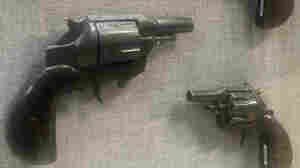 September 6, 2016 • The Texas Prison Museum displays wooden guns that look real, shanks made from spoons and a chess set carved from soap. The item that gets the most attention? An electric chair nicknamed Old Sparky.