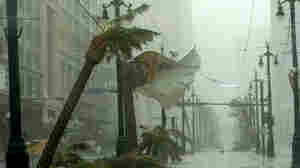 August 29, 2015 • When Hurricane Katrina made landfall on the Gulf Coast, devastating regions of Louisiana and Mississippi, three of NPR's correspondents saw the storm firsthand. These are their stories. 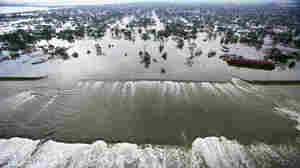 Water spills into New Orleans' Lower Ninth Ward through a failed floodwall along the Industrial Canal on Aug. 30, 2005, a day after Hurricane Katrina tore through the city Pool/AFP/Getty Images hide caption

August 28, 2015 • People in New Orleans say the city finally has the storm defense system it should have had before Hurricane Katrina — at a cost of $14.5 billion. Now someone needs to cover the cost to keep it strong. 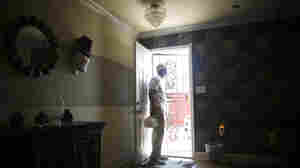 Johnny Jackson looks out the back door of his home as he talks to his neighbors in New Orleans. Jackson's home is still under construction 10 years after Hurricane Katrina nearly destroyed his property. David Gilkey/NPR hide caption

August 25, 2015 • Ten years ago, 25,000 people huddled inside the Morial Convention Center in New Orleans seeking shelter from Hurricane Katrina. The fiasco there came to epitomize the chaotic, inadequate response. 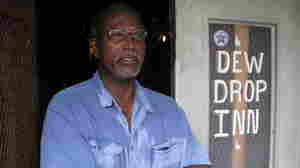 August 24, 2015 • The popular New Orleans club welcomed everyone, even when the city code enforced segregation. It's been closed since 1972, but there's now a crusade to rescue the venue for a new generation. 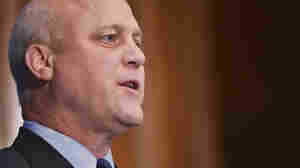 August 21, 2015 • In the decade since Hurricane Katrina, tens of thousands of New Orleans residents fled the city and never returned. This week New Orleans Mayor Mitch Landrieu went on the road to call his people home. 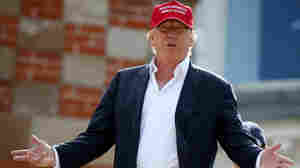 August 20, 2015 • Donald Trump had lacked for policy specifics until he came out with his very specific, hard-line immigration plan. But some of those in the trenches of immigration reform say it's dead on arrival. 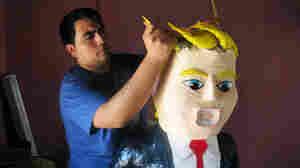 August 14, 2015 • A shop owner in Reynosa, Mexico, found a hit product with his Donald Trump piñatas. Now, he's swinging for the other side of the aisle.

Donald Trump Visits The Border And Calls For Tougher Enforcement

July 24, 2015 • Donald Trump visited the border with Mexico and said he would crack down on illegal immigration if elected president. But he was less strident than he has been in other recent remarks.

Donald Trump Visits The Border And Calls For Tougher Enforcement

July 23, 2015 • GOP presidential candidate Donald Trump's harsh description of immigrants has galvanized his base of supporters. He says he wants tougher border restrictions. 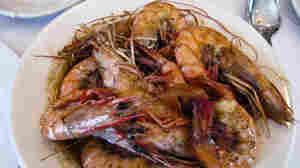 July 19, 2015 • Barbecue shrimp from Pascal's Manale is one of New Orleans' most beloved and copied dishes. Since it's hard to find head-on shrimp far from the Gulf, chef Mark DeFelice says use more spice. 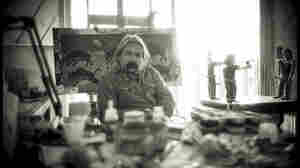 July 18, 2015 • Nicholas Herrera puts his own touch on the tradition of saint carving. The santero works out of his studio in a small New Mexico town — but his edgy work can be found in museums around the country.

July 16, 2015 • If you're a true meat lover, the slab you'll want searing this summer is the rib-eye. One Texas ranch shares its secret. This story originally aired on April 23, 2015 on All Things Considered.

July 16, 2015 • ICE is again changing the way it handles mothers and children who come here illegally, beginning to release most of them instead of detaining them in controversial "family-friendly" jails. 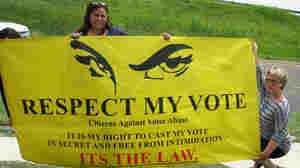 July 7, 2015 • It's a time-honored tradition in South Texas: Local candidates who need votes go to campaign workers known as politiqueras. But some of those workers are now charged with manipulating mail-in ballots. 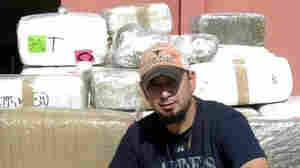 July 6, 2015 • How does a promising young cop go from town hero to drug trafficker? A former rogue officer details what led him to the dark side in a region known for corruption.