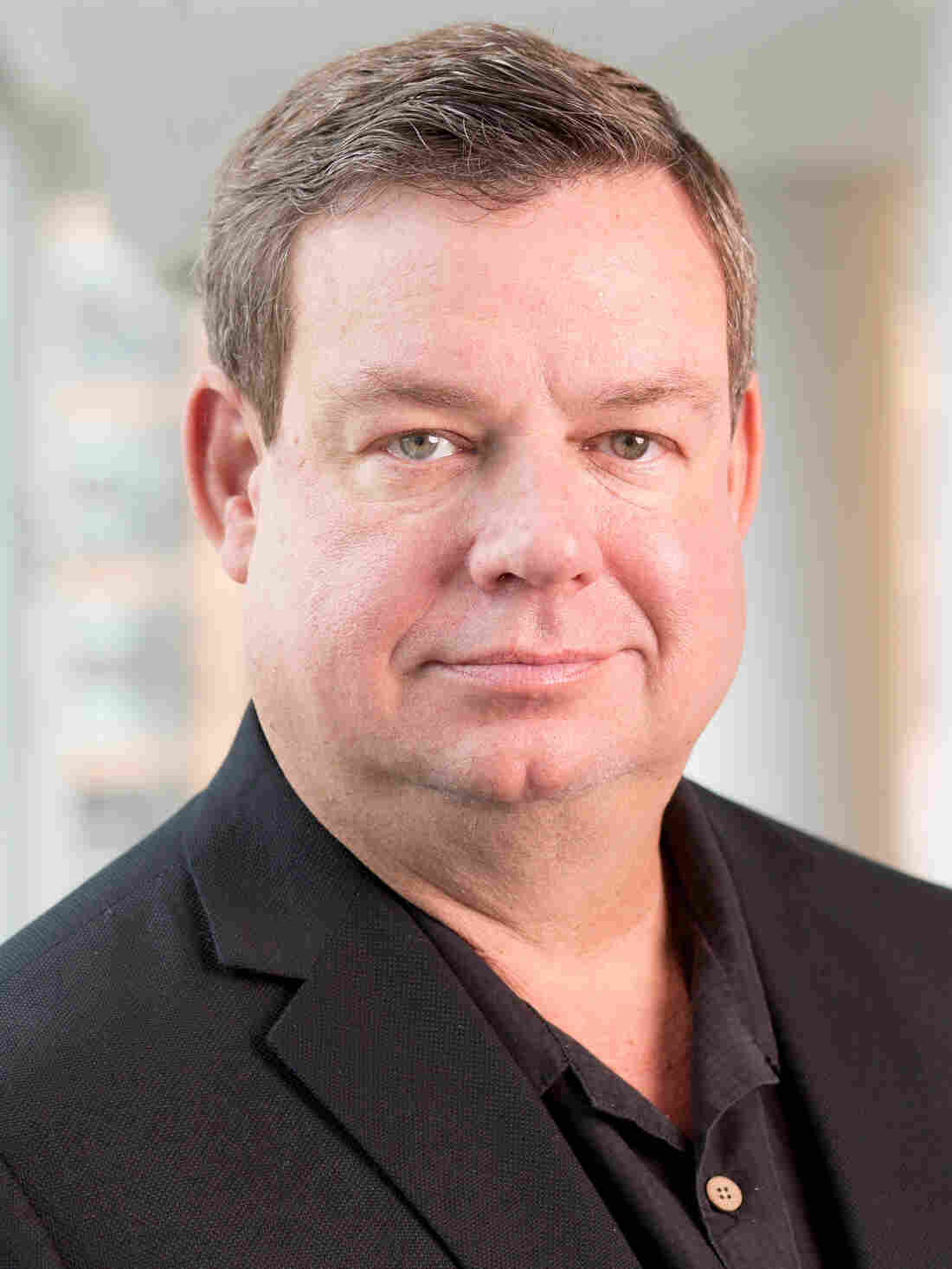 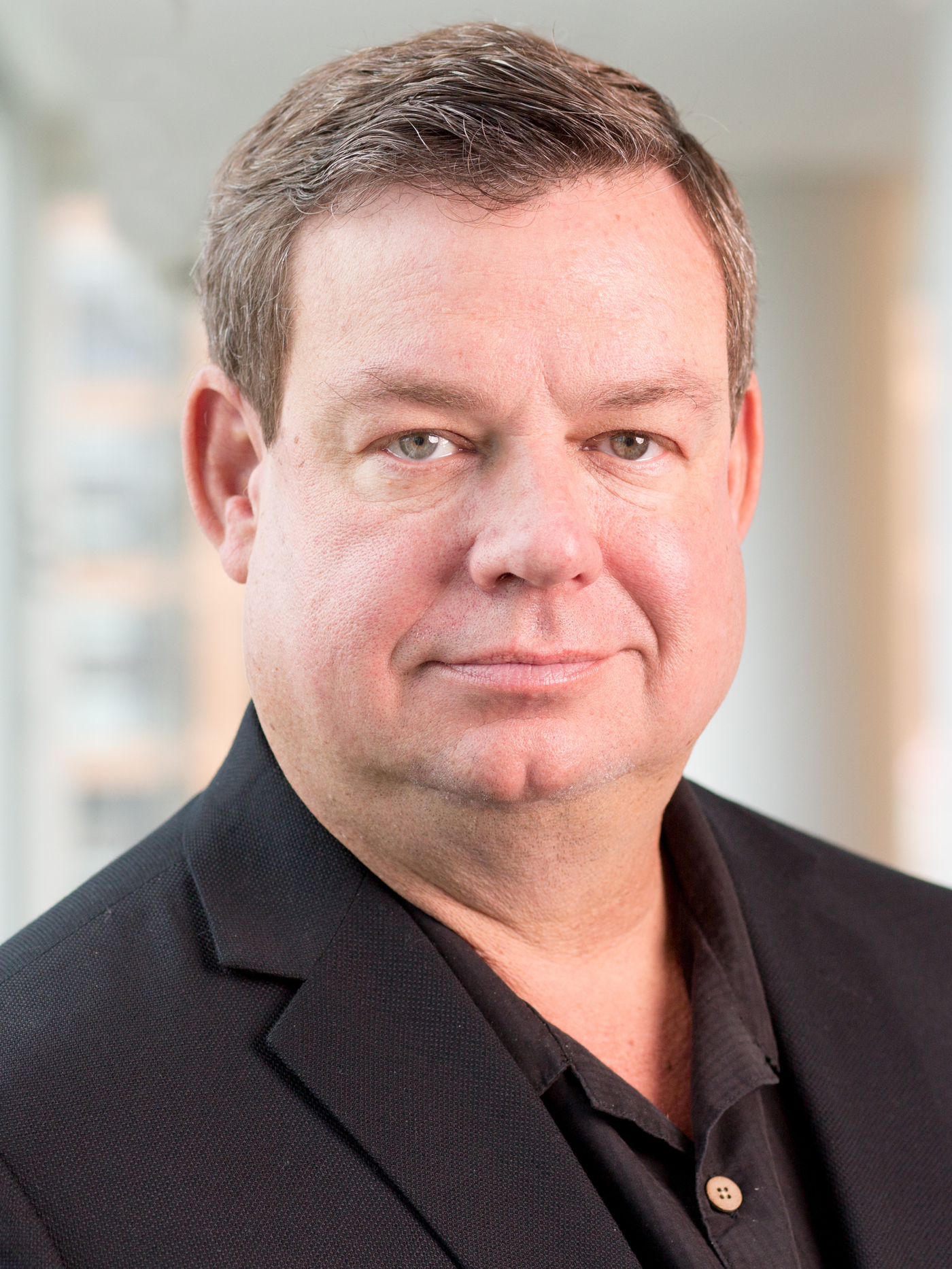 Reporting since 1991, Goodwyn has covered a wide range of issues, from mass shootings and hurricanes to Republican politics. Whatever it might be, Goodwyn covers the national news emanating from the Lone Star State.

Though a journalist, Goodwyn really considers himself a storyteller. He grew up in a Southern storytelling family and tradition, he considers radio an ideal medium for narrative journalism. While working for a decade as a political organizer in New York City, he began listening regularly to WNYC, which eventually led him to his career as an NPR reporter.

In a recent profile, Goodwyn's voice was described as being "like warm butter melting over BBQ'd sweet corn." But he claims, dubiously, that his writing is just as important as his voice.

Goodwyn is a graduate of the University of Texas with a degree in history. He lives in Dallas with his famliy.

Can Democrats Win Texas This Year?

October 14, 2020 • As Election Day nears, polls suggest Texas might be in play for Democratic nominee Joe Biden. Turning Texas blue has been a dream for Democrats. NPR discusses if this dream could become reality.

Can Democrats Win Texas This Year?

Louisiana Braces For A Slow Recovery After Deadly Hurricane Laura

August 28, 2020 • It won't be easy or quick for people in southern Louisiana to recover from the devastation of this week's deadly Hurricane Laura.

Louisiana Braces For A Slow Recovery After Deadly Hurricane Laura 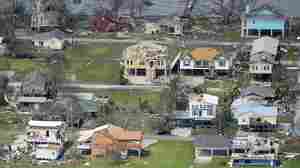 Hurricane Laura Witness: 'The Wind Just Tore Everything Up'

August 28, 2020 • "It tore the brick off, it tore the roof off, it lifted the truck by its roof. I mean, it tore everything. I have a skylight in my truck right now," a fire department official said.

Hurricane Laura Witness: 'The Wind Just Tore Everything Up'

August 28, 2020 • Hurricane Laura walloped southern Louisiana with 150 mph winds when it stormed ashore. Now the clean-up and recovery are underway as people pick up the pieces of broken buildings and broken lives. 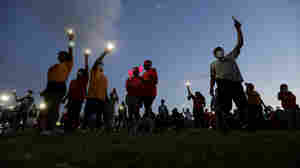 June 13, 2020 • More than a half century after the civil rights movement of the 1950s and '60s, there remains little tradition of protest in East Texas, and scant experience with organizing.

June 12, 2020 • The Civil Rights Movement has largely passed East Texas by — the region has no tradition of protest. Now, protesters have to build a brand new construction in the wake of George Floyd's death.

June 2, 2020 • Gov. Greg Abbott has addressed protests in Texas on Tuesday. Police there have come under fire — in Dallas for using tear gas on peaceful protesters and in Austin for using rubber bullets.

May 25, 2020 • Texas's Republican leadership has to face budget options that seemed sacrilegious just a few months ago, as oil prices and the coronavirus pandemic wreak havoc on state finances.

The Unemployment Number Keeps Rising Across The Nation

May 7, 2020 • The latest weekly state unemployment figures have been published on Thursday — more than three more million people are out of work.

The Unemployment Number Keeps Rising Across The Nation

Some Republicans Demand That Governor Reopen More Businesses In Texas

May 1, 2020 • Although Texas is easing its stay-at-home order, some Republicans say the governor is not going far enough and should allow even more sectors to reopen — such as tourism and recreation.

Some Republicans Demand That Governor Reopen More Businesses In Texas

Around The Country: How States Are Planning To Reopen

April 21, 2020 • States are all grappling with the coronavirus outbreak. However, some of them are already talking about lifting strict quarantine measures. Each state is taking a different approach.

Around The Country: How States Are Planning To Reopen

April 17, 2020 • Sunday marks the 25th anniversary of the Oklahoma City bombing. An NPR national correspondent remembers covering that act of terrorism — and how it changed the city and the country.

April 14, 2020 • A deal to cut global oil production might stop the free-falling price of oil — but for some producers in Texas, it's too little too late: they're facing economic ruin.