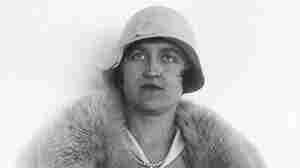 Huguette Clark in 1930. She had a mansion in Connecticut that was never occupied, and her New York apartments were kept up, unoccupied, for more than 20 years. AP hide caption

June 17, 2014 • Huguette Clark secretly spent her last 20 years in a hospital, even though she wasn't ill — all while her three New York apartments were filled with valuable antiques. 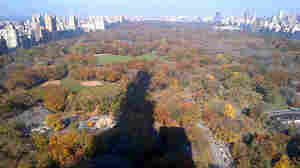 April 23, 2014 • Some New Yorkers are upset about the changing skyline that rims Central Park. They say that as the sun goes behind some of the city's new tall towers, there's a chilling effect to their shadows. 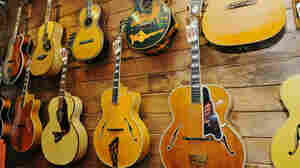 A few of the D'Angelico guitars set to be auctioned, pictured here at the GTR showroom in New York City. Stephen Lovekin/Getty Images hide caption

On The Auction Block: The Stradivarius Of Guitars

April 1, 2014 • More than 260 acoustic guitars are set to be sold via auction at Guernsey's this week, but the prices have thrown collectors and dealers for a loop.

On The Auction Block: The Stradivarius Of Guitars

A Beer Backlash To LGBT Exclusion In St. Patrick's Parades

A Beer Backlash To LGBT Exclusion In St. Patrick's Parades 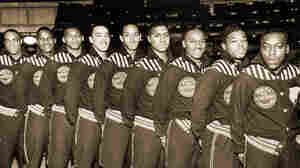 March 15, 2014 • The Black Fives were African-American basketball teams that played in America before the NBA was integrated in 1950. Their lost history is making a comeback. 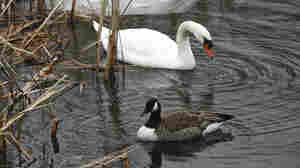 The latest move to eradicate invasive species has put the mute swan in the cross hairs in New York. Eduardo Munoz/Reuters/Landov hide caption

March 11, 2014 • The proposal to eradicate the birds in New York by 2025 has pitted environmentalists against animal rights activists. Some call the swans invasive and destructive; opponents say the science is faulty. 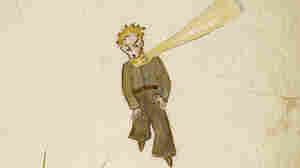 A detail of a drawing from The Little Prince by Antoine de Saint-Exupery. Graham S. Haber/Courtesy of The Morgan Library & Museum hide caption

January 25, 2014 • Author Antoine Saint-Exupery was French, but his beloved book, The Little Prince, wasn't written in Paris. Saint-Exupery wrote it in New York, and even included references to the island in his original manuscript.

January 24, 2014 • In this encore report, we hear about a small museum in an elevator shaft in lower Manhattan. It's only six feet square, and only about three or four people can enter it at a time. The exhibits document the weird and wonderful of modern life, including prison contraband made from bread. (This piece originally aired on Jan. 2, 2014 on All Things Considered). 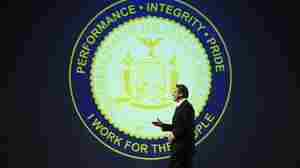 New York Gov. Andrew Cuomo walks across the stage to deliver his annual State of the State address earlier this month, where he called for access to medical marijuana for some patients. Mike Groll/AP hide caption

January 19, 2014 • New York's program would be the most restrictive in the country and would be limited to 20 hospitals. Critics wonder how Gov. Andrew Cuomo plans to get the marijuana and why hospitals — which must abide by federal law — would want to participate.

Across The Country, People Have Been Caught In The Cold

January 7, 2014 • Sub-zero temperatures are breaking records across much of the eastern U.S. In New York City, a 118-year-old record fell. The cold caused flight delays and cancellations, roads were closed due to blowing snow, and 500 Amtrak passengers spent a night in a train in Central Illinois. The cold also brought special attention to those helping the homeless.

Across The Country, People Have Been Caught In The Cold 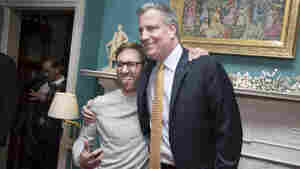 New York Mayor Bill de Blasio poses for pictures with visitors at Gracie Mansion, the official residence of the mayor, during an open house and photo opportunity with the public as part of the inauguration ceremonies on Sunday. John Minchillo/AP hide caption

Letter From Gracie Mansion: The New Mayor Meets His City 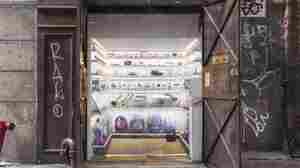 January 2, 2014 • Housed in an old elevator shaft off a Manhattan alleyway, the Museum's 18 small shelves hold random objects like bootleg Sharpies and prison dice made of bread. Co-creator Josh Safdie says the Museum's roots lie in its founders' outlandish stories.

December 30, 2013 • On Tuesday, Michael Bloomberg ends his three terms as mayor of New York City. His 12 years in office were groundbreaking, locally and globally.

December 17, 2013 • Wal-Mart, one of the country's largest corporations, is selling Occupy Wall Street posters online. The company has itself been the target of demonstrations advocating for higher wages. On sale are large, panoramic posters of protesters camped out at Zuccotti Park in New York City, where the movement started in 2011.

December 2, 2013 • Transportation officials are investigating what caused a Metro-North Railroad passenger train to derail along the Hudson River in New York on Sunday morning. The crash left four dead and injured dozens more.