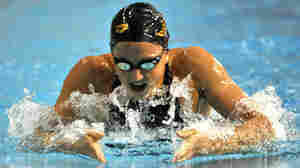 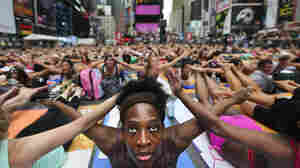 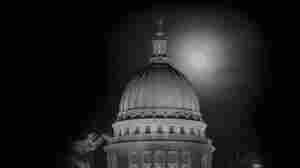 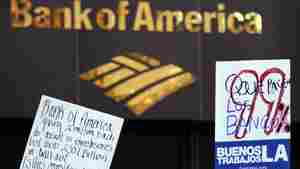 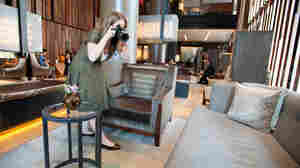 March 26, 2012 • These days, hotels aren't just looking to hire bellhops, concierges and housekeepers. What the industry really needs are "knowledge workers" who understand how to use social media and new technologies to track — and attract — potential guests and boost revenue.

March 22, 2012 • A rally was held in New York City's Union Square Wednesday night in memory of Trayvon Martin, who was shot dead by a neighborhood watch volunteer in Sanford, Fla., last month. The man has not been charged in Martin's death.

March 5, 2012 • Families of victims of the Sept. 11 attacks are at odds with officials over how to handle the unidentified remains of those killed at the World Trade Center. Officials have been planning to place them in bedrock underneath the memorial in New York City. But families say the memorial is not a graveyard and they should be the ones to make the decision on a final resting place. The dispute comes days after news that remains from some unidentified victims were dumped in landfills. 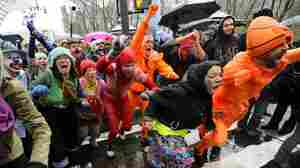 Occupy Wall Street protesters shout during a "Shut Down the Corporations" demonstration in New York on Wednesday. Timothy A. Clary/AFP/Getty Images hide caption

March 3, 2012 • If you ask strangers on the street about the Occupy movement, they might say, "It's over." Yet, Occupiers say they are preparing the ground and that, come spring, numbers and visibility will increase. 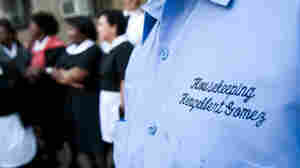 New York hotel workers protest at a hearing for former International Monetary Fund chief Dominique Strauss-Kahn in June 2011. Under a new contract, workers will receive "panic buttons" to use if they fear for their safety. They also won several other significant benefits. Nicholas Kamm/AFP/Getty Images hide caption

March 2, 2012 • A new contract for the city's hotel workers includes higher wages, health care benefits and pensions. And at a time when labor negotiations often involve drawn out and sometimes bitter fights, the contract was agreed upon early. 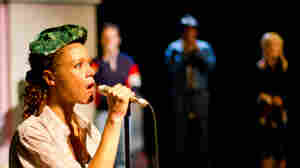 March 2, 2012 • An experimental musical attempts to get at the tension between creation and violence: the love and ambivalence of Americans toward constant expansionism and growth. There's the atom bomb, mystic gods and more. 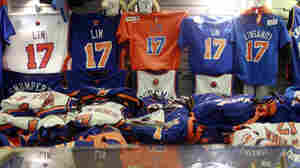 Jeremy Lin items are for sale before the basketball game between Lin's New York Knicks and the Sacramento Kings on Wednesday in New York. Frank Franklin II/AP hide caption

February 16, 2012 • The point guard was an unknown bench warmer for the New York Knicks until a few weeks ago. But after a series of breakout performances, the Taiwanese-American Harvard graduate is the toast of the town. 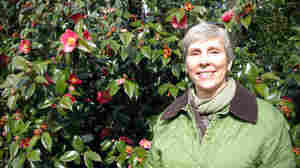 February 14, 2012 • New Yorkers are seeing blooms in late winter, but what it says about climate change is up in the air. 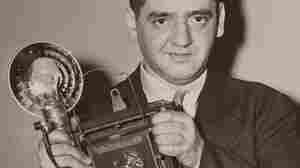 The Genius of the Camera, circa 1938: A self-portrait Weegee/International Center of Photography hide caption

Film Noir: Weegee Was His Name; Murder Was His Game

Film Noir: Weegee Was His Name; Murder Was His Game 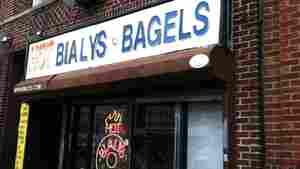 Founded in 1920, Coney Island Bialys and Bagels claims to be the oldest bialy bakery in New York City. It's now run by two Pakistani Muslim men, who say they are keeping it kosher. Margot Adler/NPR hide caption