September 30, 2010 • Though Syrian youths are more educated than ever before, the country has one of the highest rates of youth unemployment in the Arab world. The problem stems in part from a mismatch of skills in the country as it transitions from a state-controlled economy to a market-driven one.

September 22, 2010 • In Israel, anti-settlement group Peace Now has launched an iPhone app with data that the group has amassed on Israeli settlements in the West Bank. Settlement building is one of the early stumbling blocks that could derail peace talks. Peace Now is offering detailed maps showing why Israeli settlements will also derail a two-state solution. 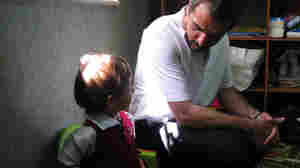 In East Jerusalem, A School Where Kids Can Be Kids

September 21, 2010 • One Palestinian entrepreneur has traded throwing stones for building schools. Politics have no place in the classrooms at the experimental kindergarten for Palestinian children founded by Mahmoud Jamal, who spent two years in jail during the first Palestinian uprising against Israel.

In East Jerusalem, A School Where Kids Can Be Kids 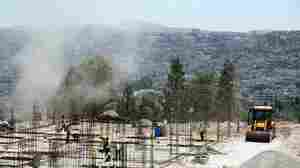 September 16, 2010 • The Palestinian Authority has taken a larger role in restoring order in the territory, forming a new civilian police and a security force trained and funded by the U.S. and the EU. It's considered a success story -- and key in the resumption of peace talks with Israel -- but a report says it's hard to sustain.

September 15, 2010 • Facebook and Twitter link young Syrians to the wider world. Even the autocratic regime has been forced to accommodate the aspirations of younger generations. People are better informed, but not empowered.

September 13, 2010 • What are Israelis and Palestinians saying about the renewed peace talks and the possibility of a settlement? From a teacher in Jaffa, to the mayor of Tel Aviv, to a settlement resident on the Greenline, to a Palestinian activist and a Palestinian businesswoman developing coffee franchises -- there are low expectations of a break-through.

September 7, 2010 • Israel's government has promised voters that a slowdown in settlement building would end later this month. Palestinians say they will walk out of peace talks, if construction restarts. In an Israeli settlement between Jericho and Jerusalem, construction is underway, and about 300 Palestinian workers from Hebron are bused to the building site. 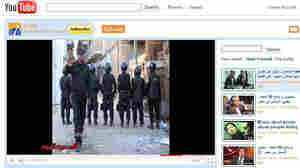 A screenshot of Egyptian riot police, taken from a video about protests on the Egyptian Initiative for Personal Rights' YouTube channel. EIPR/YouTube hide caption

August 26, 2010 • Young Egyptians are using social media to fight police brutality and urge a more open government. With thousands of bloggers online, Egypt's social media movement is the oldest and largest in the Arab world. But is it having an effect? 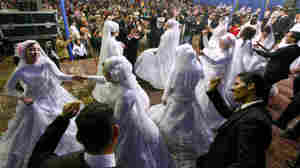 Egyptian couples celebrate during a mass wedding organized by a charity organization in Cairo in December 2009. A housing shortage is driving the exorbitant price of marriage, which means weddings are often delayed for years. Amr Nabil/AP hide caption

In Egypt, Carrie Bradshaw In A Headscarf

August 17, 2010 • Writer Ghada Abdul-Aal chronicles the nightmares of Egypt's matchmaking culture based on her own experiences. Her popular blog led to a book and now a TV series exploring with humor the way Egyptians marry -- or don't -- in Muslim society.

In Egypt, Carrie Bradshaw In A Headscarf 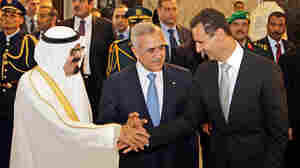 July 30, 2010 • Saudi Arabia and Syria were bitterly divided in the aftermath of the 2005 murder of former Lebanese Prime Minister Rafik Hariri. But the leaders of both countries visited Lebanon on Friday to try to ease tensions over reports Hezbollah will be implicated in the crime by an international tribunal. 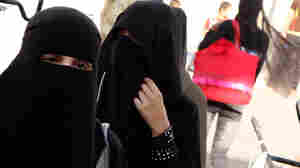 Women wear the niqab, a face-covering veil, as they shop in Damascus' oldest market on Monday. The Syrian Education Ministry's ban on the veil comes as similar moves in Europe spark cries of discrimination against Muslims. Bassem Tellawi/AP hide caption

July 21, 2010 • The secular Syrian government, regarding the full face veil as a growing sign of radical Islam, banned the covering in schools. It becomes the first Arab government to weigh in heavily on the issue of face veils. Most Syrians welcomed the decree, and those who didn't mainly kept quiet. 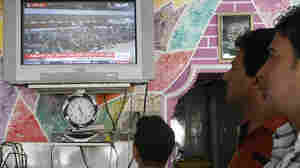 June 30, 2010 • Iraqis look to television for political information more than any other medum, but at the same time don't trust what they see, new studies show. There are no neutral outlets. Broadcasts are funded by ethnic political parties, Islamists, business interests and the government.

June 16, 2010 • In the central Asian nation of Kyrgyzstan, the city of Osh is in ruins. Hundreds of people have been killed and more than 100,000 have fled the ethnic fighting that has engulfed the country's second-largest city. Now there are claims by the United Nations that the fighting was orchestrated.

June 15, 2010 • In Kyrgyzstan, tens of thousands of refugees are fleeing the ethnic rioting that has engulfed the southern part of the nation. Most are women, children and the elderly who have found their way to overcrowded refugee camps. Neighboring Uzbekistan has sealed its border, saying it cannot handle any more people who are seeking refuge from the violence.

June 11, 2010 • The federal government has come up with a new estimate of the size of the Gulf oil spill. The figures indicate the blown-out well may have spewed as much as 2.1 million gallons of oil per day. The estimate indicates the leak already has put 4 to 8 times more oil into the water than the Exxon Valdez spill.