June 1, 2010 • Students at Forest Grove High School near Portland, Ore., build a house each year, and then the school sells it to raise money. For many of the young builders, it's much more than a class.

May 26, 2010 • Mortgage rates have fallen again to historic lows. If you have good credit, you can get a 30-year fixed rate mortgage for 4.8 percent. And lots of people are rushing in to refinance. The swoon in rates is unexpected, especially after the Federal Reserve stopped buying mortgage debt a few weeks ago. But when the euro faltered, investors sought safety in the U.S. Treasury bonds that influence mortgage rates.

May 19, 2010 • One sore point in U.S.-Mexico relations, involves a dispute over whether to allow Mexican trucks onto U.S. highways. The U.S. ban has prompted Mexico to enact steep tariffs on U.S. potatoes and other products. Union truck drivers fought to block the Mexican trucks to save U.S. jobs. But now U.S. farmers say the resulting trade fight is costing them jobs and business.

May 11, 2010 • Following Lehman Brothers collapse, investors panicked because they believed the U.S. government was not taking aggressive enough steps to stop the financial contagion. It's been the same dynamic in Europe to the response of the Greek financial crisis. Markets went into panic mode until Europe came up with a huge rescue package of nearly $1 trillion.

May 8, 2010 • The U.S. economy added 290,000 jobs in April, the biggest monthly total in four years. The jump means employers are more confident the recovery is underway. However, the overall unemployment rate rose from 9.7 to 9.9 percent because more people who had earlier given up looking are now back on the job market.

May 7, 2010 • Like most of America, Boston was hit hard by the recession. But it appears to be clawing its way back. The tourism industry is optimistic that hiring will pick up as the weather warms and visitors return for the first time in a couple of years.

May 5, 2010 • The automaker has been offering zero percent financing and other incentives to get customers back into showrooms this spring after much bad press this past winter over its accelerator pedal recalls. Sales for April jumped 24 percent compared with a year ago.

April 30, 2010 • The end of an $8,000 federal tax credit for homebuyers will remove a critical means of life support. Housing experts say home prices could continue to fall another 5 percent nationwide. Meanwhile, a record number of homes are headed toward foreclosure. 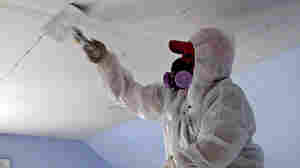 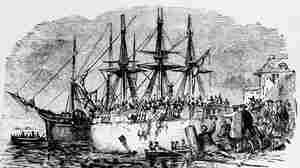 The Boston Tea Party of 1773, as depicted in an old engraving. Bostonians dressed as Indians dumped 342 chests of tea overboard from three British ships in protest against "taxation without representation." The famous Tea Party took place at Griffin's Wharf, where the ships were tied up. The site remained a landmark even after the waterfront was filled in, leaving the spot several hundred yards inland. AP hide caption

April 14, 2010 • The Tea Party movement has been staging rallies around the country to protest taxes and government spending, including a protest in Boston, where the original Tea Party took place. Historians say that the Tea Party in 1773 was sparked not by a tax, but by a British government bailout.

April 5, 2010 • The government is launching a new effort to encourage "short sales" of houses in danger of foreclosure. The Treasury Department will offer more than $3,000 in incentives to lenders and homeowners.

No Joke: Housing Market Is On Its Own April 1

March 31, 2010 • A Federal Reserve program designed to help the mortgage market ends Wednesday. Following the 2008 financial crisis, the Fed plunged into the mortgage-backed securities market. Its goal was to help get credit flowing and hold down interest rates. Starting April 1, that market will be expected to stand on its own again. Would-be home buyers are hoping the change won't nudge interest rates higher.

No Joke: Housing Market Is On Its Own April 1 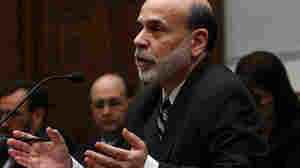 U.S. Federal Reserve Chairman Ben Bernanke testifying on Capitol Hill this month about how the U.S. economy still needs the assistance of the Fed. At the end of March, however, the agency plans to stop purchasing mortgage-backed securities. hide caption

March 26, 2010 • The Treasury Department is unveiling an aggressive plan to help shut down the nation's foreclosure crisis. The plan would reduce the amount some troubled borrowers owe on their home loans.

March 26, 2010 • The Obama administration is expanding help for homeowners facing foreclosure — especially those who are "underwater," or owe more than their homes are worth — with a new initiative being unveiled Friday. Some economists hope it will be a breakthrough in propping up the housing market — a key to fixing the economy.