May 25, 2012 • Cable channel TBS had the highest ratings among cable networks in the all-important 18-to-49-year-old audience during the first quarter of the year. Programmers did it without offering a single original program in prime time. They did it with reruns, led by The Big Bang Theory, which is in heavy rotation. 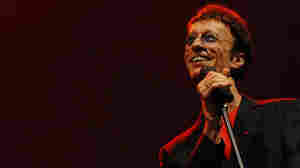 May 21, 2012 • Robin and his brothers Barry and Maurice Gibb racked up dozens of hit songs in their five decade career. Gibb died after a long battle with cancer and intestinal surgery, his spokesperson confirmed via a statement. 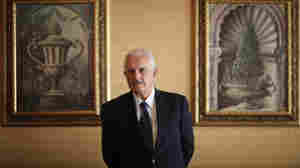 Mexican author Carlos Fuentes poses for a photo after a news conference in Mexico City on March 12. Fuentes died Tuesday at a hospital in Mexico City. He was 83. Alexandre Meneghini/AP hide caption

May 16, 2012 • Carlos Fuentes, one of the most influential Latin American writers, died Tuesday at a hospital in Mexico City at the age of 83. He was instrumental in bringing Latin American literature to an international audience, and he used his fiction to address what he saw as real-world injustices. 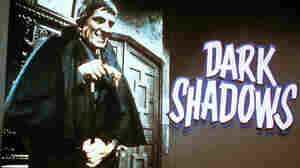 May 10, 2012 • When it comes to monsters on television, vampires have the market cornered. And so popular are TV vampires that opening this weekend is a movie based on the grand-sire of all vampire TV shows: Dark Shadows. Elizabeth Blair takes a look at the evolution of a TV character that will never die. 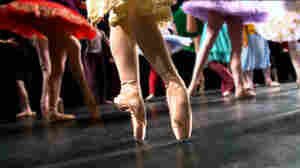 In First Position, dancer-turned-filmmaker Bess Kargman seeks to challenge stereotypes about ballet dancers. Kargman says she didn't fear the challenges of being a first-time director because her subjects' stories were so compelling. IFC Films hide caption

April 30, 2012 • In the spirit of such competition documentaries as Spellbound and Mad Hot Ballroom, First Position follows seven young dancers as they prepare for the prestigious Youth America Grand Prix. Elizabeth Blair reports on the film and the dancer-turned-director behind it. 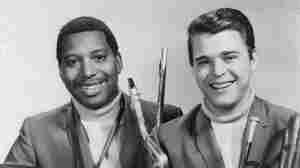 April 16, 2012 • The saxophonist, who paired with trumpeter Wayne Jackson to form the Memphis Horns, played on dozens of the biggest soul hits of the 1960s and '70s. He died on April 12.

Bullying Movie Is Released With No Rating

March 30, 2012 • The Motion Picture Association of America was going to give Bully an R rating for language, but the movie's producer decided to send it out with no rating. The nation's second-largest cinema chain AMC will show it, but Cinemark, the third-largest chain will not.

Bullying Movie Is Released With No Rating 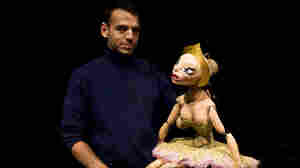 Puppeteer Basil Twist poses with Ballerina, the marionette at the center of a tragic love triangle in his adaptation of Petrushka. Doriane Raiman/NPR hide caption

March 24, 2012 • The innovative puppeteer Basil Twist is the focus of a mini-festival in Washington, D.C., this spring. Performances include the underwater Symphonie Fantastique and Arias With a Twist, featuring renowned drag artist Joey Arias. Elizabeth Blair talks with Twist about his singular creations. 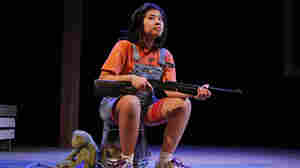 'Edith Can Shoot' (And Knit A Family Together)

March 16, 2012 • Edith is a protective 12-year-old who carries around a giant stuffed frog — and a rifle. She and her 16-year-old brother are latchkey kids growing up in rural America in the play Edith Can Shoot Things And Hit Them by Filipino-American writer Rey Pamatmat.

'Edith Can Shoot' (And Knit A Family Together) 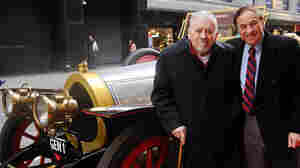 Composer/lyricist Robert Sherman (left) and his brother Richard stand next to the car used in the 1968 film Chitty Chitty Bang Bang. The brothers wrote the songs for the movie, as well as a musical version that began running in 2002. Ezio Petersen/UPI/Landov hide caption

March 6, 2012 • He and his brother wrote "Supercalifragilisticexpialidocious" and "It's a Small World." 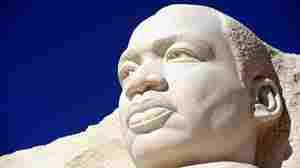 Not long after it was unveiled in 2011, controversy erupted over the Martin Luther King, Jr. Memorial. Critics argued that one of King's quotes had been paraphrased in a way that altered its meaning. In January, Interior Secretary Ken Salazar announced the mistake would be fixed. Karen Bleier/AFP/Getty Images hide caption

Quote On MLK Memorial To Be Fixed, But How?

February 23, 2012 • How do you change something that is literally set in stone? That's the question the architects of the Martin Luther King Jr. memorial are asking themselves after a paraphrased quote carved into the monument sparked a barrage of criticism.

Quote On MLK Memorial To Be Fixed, But How? 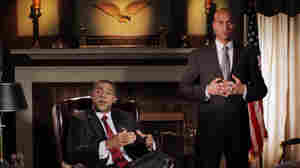 January 27, 2012 • Keegan-Michael Key and Jordan Peele, longtime friends and comedy-show colleagues, are about to launch a new show on Comedy Central. They say their shared experiences as the biracial kids of single moms have often been a comedy gold mine.

January 24, 2012 • Fox is getting into the lucrative Spanish-language TV market in the U.S. It is putting together a broadcast network that will begin airing this fall. 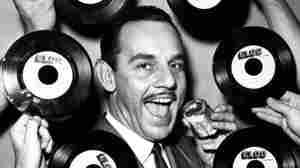 Band leader Johnny Otis poses for a portrait in surrounded by "The Jelly Roll" records in 1947.

January 19, 2012 • The bandleader, radio and TV host and composer who wrote "Willie And The Hand Jive" also discovered many of R&B's greatest voices. Otis died Tuesday in his Los Angeles home.