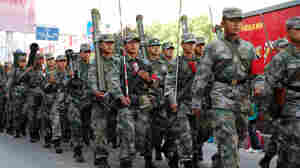 June 30, 2011 • From inside China, it can often seem that modern Chinese power is more aimed at erasing a painful past than at writing a dominant future. The problem is that with a growing military and with increasingly assertive foreign and commercial policies, China doesn't always look that way from outside.

June 22, 2011 • The Chinese government has released internationally renowned artist Ai WeiWei on bail. He was seized by authorities on April 3 as he was about to board an international flight and charged with unspecified "economic crimes." Xinhua news agency reports that he was released on bail because of "his good attitude in confessing his crimes."

June 22, 2011 • After 30 years of mind-bending economic growth, everyone knows about brand China — but very few people can name a Chinese brand. And the reasons for that are not just economic. To move to the next level, the country needs to adopt social and legal reforms, observers say.

June 6, 2011 • Li Na is China's first international tennis star, having won the French Open on Saturday. Her victory reflects China's determination to excel in almost every sport — and her own hard work, augmented by a strong independent streak. 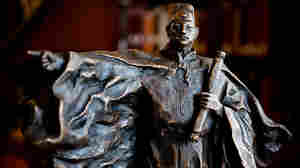 June 6, 2011 • As it reemerges as a world power, the question is: Is China's awakening to be welcomed — or feared? Some point to peaceful 15th century explorer Zheng He to show that China is not an expansionist culture. But others say China's motivations have changed — and a peaceful rise will be difficult.

June 3, 2011 • China has rejected allegations of involvement in a cyberspying campaign targeting the Google email accounts of top U.S. officials, military personnel and journalists. In an op-ed in a party-run newspaper, two strategists from the Chinese military, without mentioning Google's recent claims, wrote that China must make mastering cyberwarfare a military priority as the Internet becomes the crucial battleground for opinion and intelligence. 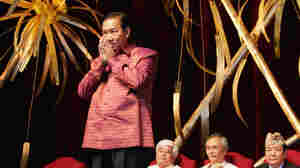 June 2, 2011 • Access to running water in Cambodia's capital is at 92 percent, up from 25 percent in 1993. The success is largely due to Ek Sonn Chan, head of the Phnom Penh Water Supply Authority. But he says he won't rest until all Cambodians have clean running water, and there's still a long way to go in rural areas. 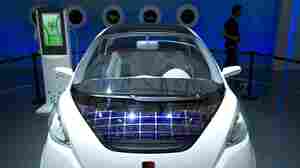 Green car technology is still in its infancy in China, and there's little uniformity in the way of infrastructure to support the vehicles, like this concept car with solar panels, made by Roewe, seen at the Shanghai auto show. Philippe Lopez/AFP/Getty Images hide caption

May 16, 2011 • Hybrid and electric vehicles have been rolled out by many of the large Western and Chinese automakers. But analysts expect low consumer interest and a yet-undeveloped infrastructure to be major roadblocks to environmentally friendly vehicles in China. 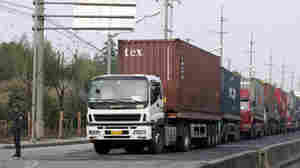 Trucks left parked on a road near a Shanghai port Friday. Truck drivers protested for a third day over rising fuel costs and fees, disrupting the flow of goods. Eugene Hoshiko/AP hide caption

April 22, 2011 • Thousands of truck drivers in the Chinese city of Shanghai staged a third day of protest Friday over rising fuel prices they say are crippling their businesses. The protests come amid a government crackdown on intellectual and political dissent of any sort. 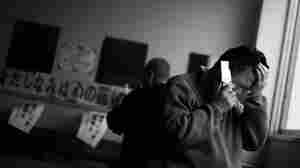 A man talks on the phone in Kesennuma Junior High School, which has now become a home for evacuees. A counselor says very few people have wanted to talk at the evacuation centers he's visited. David Gilkey/NPR hide caption

Grief-Stricken Japanese Reluctant To Open Up

March 25, 2011 • With the earthquake, the tsunami and the nuclear crisis, much has been made of Japanese resilience. But some say that it can go too far, and that keeping emotions bottled up doesn't help. One counselor says very few people have wanted to talk about what they're going through.

Grief-Stricken Japanese Reluctant To Open Up 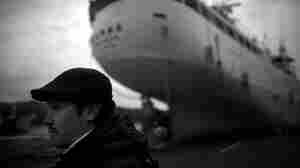 Ship owner Yuta Suzuki and one of his grounded vessels that was thrown on shore during the tsunami in Kesennuma, Miyagi prefecture. David Gilkey/NPR hide caption

March 23, 2011 • Tsunami-shattered fishing businesses could take years to rebuild. And for some, that may never happen. "I think it might end with me," one man says about his family's century-old fish processing company. 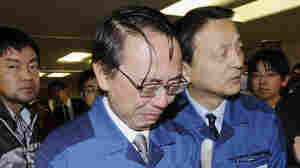 Tokyo Electric Power Co.'s managing director, Akio Komori (left), cries as he leaves a press conference in Fukushima on Friday. The company has apologized for its handling of the nuclear crisis, but calls are growing for more monitoring and accountability of TEPCO and other large companies. AP hide caption

March 21, 2011 • Tokyo Electric Power Co. already had a track record of falsifying and covering up maintenance and repair data. Now, as the company struggles to bring its Fukushima nuclear plant under control, calls for more monitoring and accountability of TEPCO and other large companies are growing. 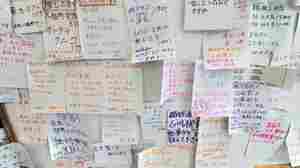 Notes of survivors looking for missing family members are posted on a board at the reporting center in Kamaishi. Roslan Rahman /AFP/Getty Images hide caption

Tears Of Loss, Joy Are Common In Kamaishi, Japan

March 21, 2011 • Some good news has been interspersed with the bad since the tsunami hit the northeastern city of Kamaishi on March 11. The hospital's generator is working now, and some people are reuniting with loved ones there. But on the down side, more bodies are being found in nearby houses.

Tears Of Loss, Joy Are Common In Kamaishi, Japan 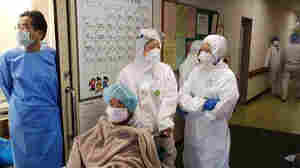 March 19, 2011 • The Japanese government is mobilizing civilian and military teams to help residents and hospital patients evacuate from the exclusion zone around the stricken Fukushima Dai-ichi nuclear power plant. Still, some people living along the edge of the zone have refused to leave their homes. 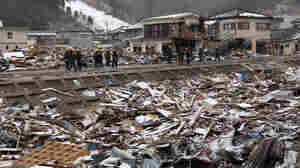 U.S. Rescuer Sent To Japan: 'Off The Charts' Disaster

March 18, 2011 • As search and rescue teams from all over Japan work through tsunami debris in the northeast, they have been joined by a team from the Los Angeles County Fire Department. Leader Dave Stone, who has worked recently in New Zealand and Haiti, says his team has never seen anything of "this scope and magnitude."

U.S. Rescuer Sent To Japan: 'Off The Charts' Disaster