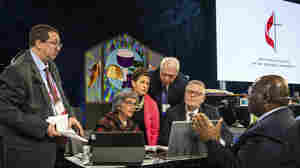 March 2, 2019 • The decision by United Methodists to reaffirm a traditional stand on homosexuality and marriage leaves the church's future unclear. 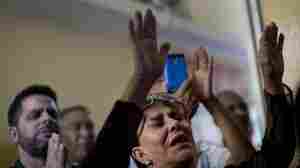 Evangelicals pray during a church service in Havana, Cuba. Religious groups on the island have come out in opposition to a new constitution which will be voted on on Sunday. Ramon Espinosa/AP hide caption

Religious Leaders In Cuba Outspoken And Critical Of Proposed Constitution

February 23, 2019 • Cubans vote this weekend on a new constitution that enshrines the Communist party as the "supreme guiding political force." Religious leaders are critical of new limits on pluralistic thought. 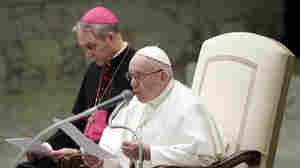 Pope Francis has called Catholic leaders from around the world to the Vatican this week for a meeting about clergy sexual abuse. Gregorio Borgia/AP hide caption

February 20, 2019 • American Catholics have become disappointed as Pope Francis described the meeting as featuring "prayer and discernment" — hardly an ambitious vision for what could have been a momentous event.

February 19, 2019 • Catholic leaders from around the world are convening in Rome Thursday to discuss the continuing clergy sexual abuse crisis. Abuse survivors say they're not hopeful meaningful change will come from it. 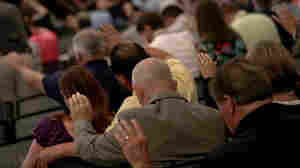 February 11, 2019 • "There can simply be no ambiguity about the church's responsibility to protect the abused and be a safe place for the vulnerable," wrote the president of the Southern Baptist Convention. 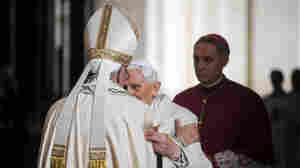 February 8, 2019 • In his new book, soon to be a feature film, Andrew McCarten examines Popes Francis and Benedict XVI — and how having two living popes, for the first time in 600 years, has weakened the papacy. 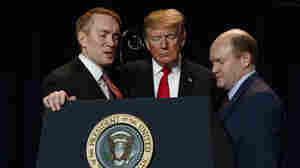 At National Prayer Breakfast, Trump Pledges, 'I Will Never Let You Down'

February 7, 2019 • "All children, born and unborn, are made in the holy image of God," Trump said, to a standing ovation at this year's National Prayer Breakfast. 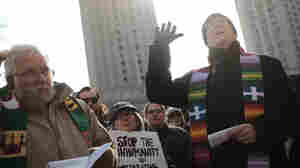 Dozens of clergy members, immigration activists and others participate in a protest against the imprisonment and potential deportation of an immigration activist. Religious liberals are becoming increasingly outspoken in their opposition to many Trump administration policies. Spencer Platt/Getty Images hide caption

January 24, 2019 • The Trump administration has inspired a new activism on the part of liberal religious groups. Like the Moral Majority of the 1980s, they fear an assault on their most basic Christian values. 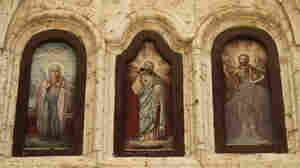 Christian icons damaged by fighting are seen in a monastery in the village of Maaloula, north of Damascus, Syria. U.S. evangelicals are concerned that a pullout of U.S. troops will leave Syrian Christians vulnerable to attack. Alexander Kots/AP hide caption

January 16, 2019 • Christian leaders in the U.S. fear President Trump's decision to pull out of Syria will leave Christian minorities in the region vulnerable to attack. 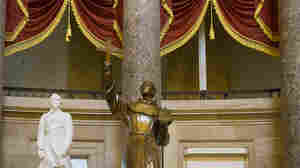 The new Congress is more Christian than the U.S. population in general, according to a new survey from Pew Research. Pablo Martinez Monsivais/AP hide caption

January 3, 2019 • Pew Research finds that more than 99 percent of the Republican members of Congress identify as Christian, as opposed to 78 percent of the Democrats. Only one member identifies as unaffiliated. 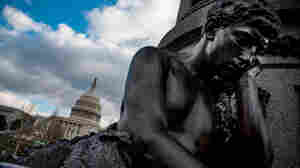 The federal government remains partially shut down in an impasse over President Trump's demand for border wall funding. Hundreds of thousands of government workers will be going without a paycheck, presenting financial challenges for many. Eric Baradat/AFP/Getty Images hide caption

December 28, 2018 • Federal government employees are still being paid for work they did before the shutdown, but the checks will soon end. Among those affected are many who struggle to make ends meet even in good times. 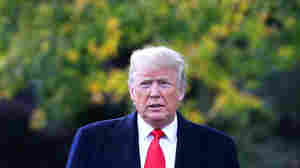 December 24, 2018 • Evangelicals in 2018 had to defend their views on sexual sin, given their willingness to overlook Donald Trump's infidelity and reports of sexual misconduct by their own pastors. 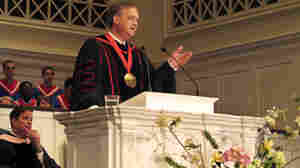 Southern Baptist Theological Seminary President R. Albert Mohler, Jr. speaks at the school's convocation ceremony in 2013. Mohler, who has led the seminary for 25 years, commissioned a report on the role racism and support for slavery played in its origin and growth. Bruce Schreiner/AP hide caption

December 13, 2018 • In a 71-page report, Southern Baptist leaders are documenting their dark history, as if by telling the story in wrenching detail, they may finally be freed of its taint.

December 13, 2018 • The Southern Baptist Theological Seminary released a report detailing its history of slavery and racism. The president says the self-examination represents an "honest lament" for its past sins. 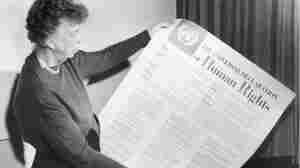 Eleanor Roosevelt holds up a copy of The Universal Declaration of Human Rights, adopted by the United Nations in December 1948. Fotosearch/Getty Images hide caption

December 10, 2018 • Seventy years ago, the global community nearly unanimously approved a list of fundamental human rights. But many of those rights remain unachieved today.