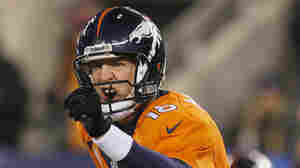 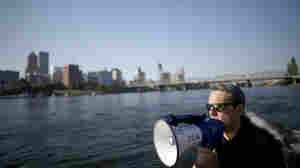 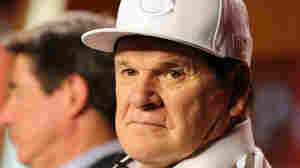 November 19, 2015 • Former NFL players who are fighting the settlement terms will have their say in a federal appeals courtroom in Philadelphia on Thursday. Payouts for the potential $1 billion settlement are on hold.

In A Night Of Terror, A Moment Of Grace On The Soccer Pitch

November 14, 2015 • Scott talks with Tom Goldman about the latest in the world of sports — including a show of unity in the soccer stadium in Paris during Friday night's terror attacks.

In A Night Of Terror, A Moment Of Grace On The Soccer Pitch 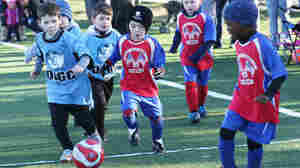 Heading Is On The Way Out For The Youngest U.S. Soccer Players

November 10, 2015 • U.S. Soccer has agreed as part of the settlement of a lawsuit to eliminate heading for players 10 and under. Most kids don't play under the group's control, though, so the rules don't apply to them. 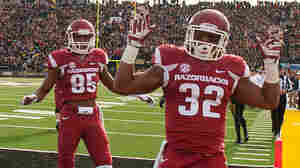 Arkansas running back Jonathan Williams had just scored a touchdown against Missouri last season when he dropped the ball and raised his hands in a hands up, don't shoot" gesture. L.G. Patterson/AP hide caption

A Deep-Rooted History Of Activism Stirs In College Football

November 10, 2015 • When African-American players on the University of Missouri's football team called for a boycott of games, it was the latest moment in a long history of players taking a stand for civil rights.

A Deep-Rooted History Of Activism Stirs In College Football 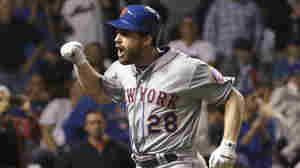 The Powerful Player To Watch As The World Series Gets Underway

October 27, 2015 • Daniel Murphy has been having a spectacular postseason at the plate. He's one of the players New York is counting on against the tough Kansas City lineup.