The Week In Sports: Rumblings About Coronavirus And Tokyo Olympics

The Week In Sports: Rumblings About Coronavirus And Tokyo Olympics

How Baseball's Code Of Silence Figured Into Astros' Sign-Stealing Case

How Baseball's Code Of Silence Figured Into Astros' Sign-Stealing Case

February 17, 2020 • As spring training gets underway, baseball's executives and commissioner discussed the upcoming season. But the talk was really about the Houston Astros' cheating scandal.

February 13, 2020 • As baseball teams reported for spring training, Houston Astros executives and players apologized for their sign-stealing scheme — but said they would not return the 2017 World Series trophy. 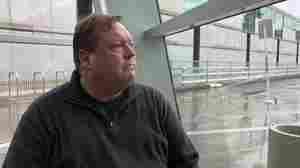 Former U.S. Olympic and Paralympic Committee's vice president of sports medicine Bill Moreau is suing the organization. He says he was fired for exposing the mistreatment of athletes. Tom Goldman/NPR hide caption

February 7, 2020 • Bill Moreau, a former vice president with the U.S. Olympic and Paralympic Committee, says the issue has been in the public spotlight for years and officials still aren't doing enough to prevent abuse.

February 7, 2020 • A former high-ranking official at the U.S. Olympic and Paralympic Committee has filed a federal whistleblower lawsuit. Bill Moreau alleges he was fired for raising concerns about abuse of athletes.

After Slow Start, Chiefs Pull Off Super Bowl Victory Over The 49ers

February 3, 2020 • The Kansas City Chiefs are Super Bowl champions for the first time in 50 years — beating the San Francisco 49ers 31-20. The Chiefs had yet another thrilling come-from-behind victory.

After Slow Start, Chiefs Pull Off Super Bowl Victory Over The 49ers 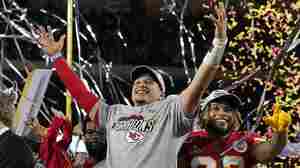 February 2, 2020 • In a dramatic finish, the Kansas City Chiefs overcame the San Francisco 49ers' dominant defense in a 31-20 win by relying on their signature comeback style.

February 1, 2020 • The Lakers played their first home game at the Staples Center since the death of former superstar Kobe Bryant. It was an emotional night for both players and fans. 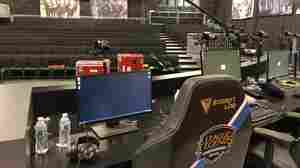 January 26, 2020 • Former NBA star Kobe Bryant has died in a helicopter crash in Calabasas, Calif. Bryant, who played for the Los Angeles Lakers for 20 years, was 41.

January 18, 2020 • Cameras, a trash cans, code — maybe even buzzers. The ingredients of a cheating scheme by the Houston Astros, who won the World Series in 2017, and narrowly lost it last year.

January 14, 2020 • Major League Baseball penalized the Houston Astros for its sign-stealing controversy. The league suspended the general manager and the team manager for a year, and then the Astros' owner fired them.