July 27, 2019 • Two boxing deaths in one week, a preview of Olympic swimming, and a check-in about the WNBA: Host Scott Simon gets an update from NPR sports correspondent Tom Goldman. 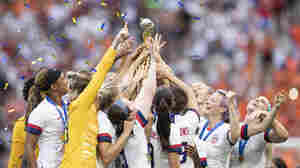 July 9, 2019 • Fresh off its fourth Women's World Cup title, the U.S. Women's National Team has its eyes set on another prize: more money. The women make less than their male counterparts.

July 8, 2019 • The U.S. Women's National Team won the Women's World Cup championship for a fourth time. As the players return home, they're ramping up their fight for "equal pay for equal play."

July 5, 2019 • The U.S. will face the Netherlands in the Women's World Cup Final on Sunday. The U.S. women are the defending champs and looking to secure their fourth World Cup title. 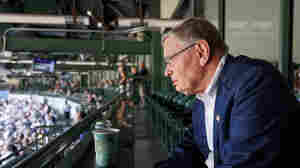 Former Major League Baseball Commissioner Bud Selig sits outside his luxury suite to watch the Milwaukee Brewers game at Miller Park. His new book reveals how he navigated tumultuous events in his career like the devastating player strike and the spread of performance-enhancing drugs. Sara Stathas for NPR hide caption

July 4, 2019 • In For the Good of the Game, the former Major League Baseball commissioner offers a stark contrast to his public persona when he led the sport for 22 years.

July 3, 2019 • As commissioner, Bud Selig led Major League Baseball through a major restructuring. He was also at the helm during the 1994 strike and the steroid era. He's candid about it all in a new book.

June 29, 2019 • The Women's World Cup is underway, while top tennis players are about to meet at Wimbledon.

June 15, 2019 • The Women's World Cup is under way, with exciting matches and some controversy as well.

What Makes The U.S. Open The Most Accessible Of Golf's Major Tournaments

June 13, 2019 • The U.S. Open is considered the toughest test in golf, but it's also the most accessible major championship. You don't have to be a star. Those who qualify have the same chance to win as Tiger Woods.

What Makes The U.S. Open The Most Accessible Of Golf's Major Tournaments 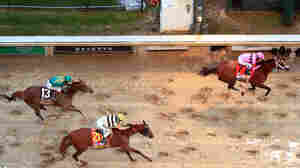 June 5, 2019 • Thoroughbred deaths have renewed calls for reform in the horse racing industry. Industry watchers and members of Congress say it's time to address how racehorses are medicated with a bevy of drugs. 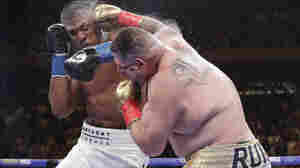 June 1, 2019 • The NBA Finals have had a surprising start, there are calls for safety nets at MLB games, and the French Open continues.

May 30, 2019 • The NBA Finals get under way Thursday night, and there's a familiar team playing for the title: The Golden State Warriors. But for the Toronto Raptors, it's their first trip to the finals.

May 18, 2019 • We have the latest on the NBA, the new commissioner leading the WNBA, and the investigation of an Ohio State University doctor's sexual abuse of students.