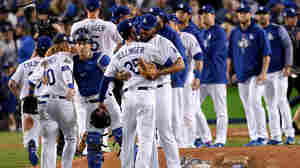 The Los Angeles Dodgers pour onto the field after beating the Houston Astros in Game 6 of the World Series. Kevork Djansezian/Getty Images hide caption

October 31, 2017 • Houston missed a chance to nail down the franchise's first Series title. The teams meet for the deciding game Wednesday night in LA. 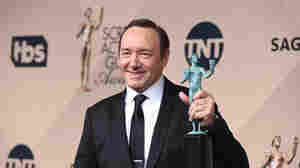 October 30, 2017 • Reports say the decision was already in the works before allegations surfaced over the weekend that lead actor Kevin Spacey had attempted to seduce a teenage actor in 1986. 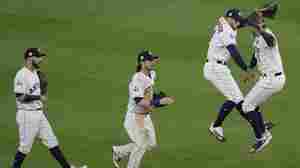 October 27, 2017 • The victory gives the Astros two wins over the Dodgers' one win in the series. The Astros remain undefeated at home in this postseason. 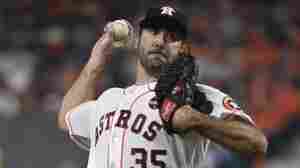 October 25, 2017 • Game 2 of the series goes to the Astros after their offense comes alive and the Dodgers' bullpen falters. 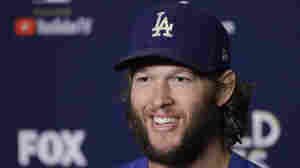 October 24, 2017 • Los Angeles went ahead on a two-run home run in the sixth and held on to take the lead in the best-of-seven series. 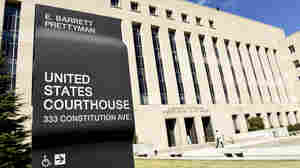 The federal appeals court for the District of Columbia has ruled that a teen who is detained because she is in the country illegally can transferred to the custody of a sponsor and then have an abortion if she chooses. Susan Walsh/AP hide caption

October 20, 2017 • A lower court had ordered the government to allow the minor who is in the U.S. without permission to seek an abortion "without delay." The appeals judges say first she needs a sponsor. 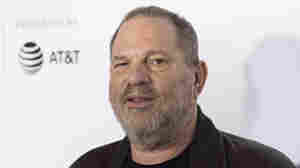 Harvey Weinstein attends the 2017 Tribeca Film Festival in New York in April. A claim that he committed sexual assault in 2013 is under investigation by Los Angeles police. Charles Sykes/Invision/AP hide caption

October 19, 2017 • Weinstein has been dogged by a litany of allegations of sexual misconduct ever since the New York Times reported earlier this month that he has paid off accusers for decades.

Federal Judge Orders Government To Allow Abortion For Teenager In The U.S. Illegally 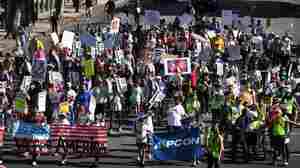 People marching in the "#NoMuslimBanEver" rally in downtown Los Angeles on Sunday. Organized by the Council on American-Islamic Relations, the march was in response to President Trump's most recent travel ban, which has now been partially blocked by a federal judge in Hawaii. Mark Ralston/AFP/Getty Images hide caption

October 17, 2017 • President Trump's third executive order restricting travel from some countries to the U.S. was to go into effect on Wednesday. The judge didn't rule on the limits affecting North Korea and Venezuela. 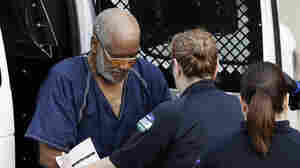 October 16, 2017 • Federal authorities say the case is a "glaring reminder" of the dangers of human smuggling across the Southern border. The driver is to be sentenced in January. 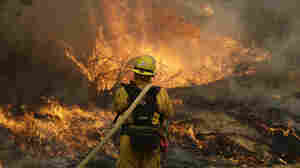 October 13, 2017 • Despite a rising death toll, authorities say "boots on the ground" are showing results in fighting the deadly wildfires.

October 12, 2017 • The Boy Scouts say they will soon admit girls to the Cub Scouts and establish a program for older girls. 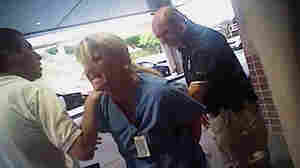 October 10, 2017 • Salt Lake City Police Chief Mike Brown says his detective was wrong when he roughly arrested a nurse who tried to explain hospital policy for drawing blood from an unconscious patient. 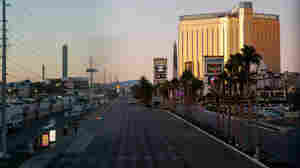 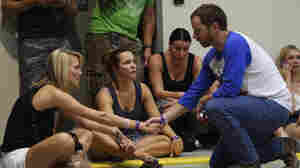 People hold hands in prayer while hiding inside an airplane hangar after a mass shooting in which dozens were killed at the Route 91 Harvest Festival in Las Vegas. Al Powers/Invision/AP hide caption

October 2, 2017 • As investigators examine several crime scenes, they still have not determined the shooter's motive.