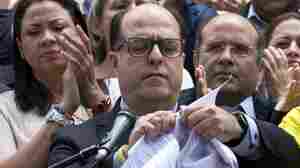 March 30, 2017 • The move is widely seen as bid by President Nicolas Maduro to consolidate his power in the face of a multi-layered crisis. 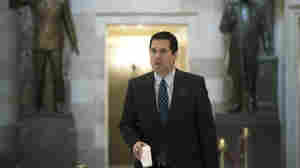 House Intelligence Committee chairman Rep. Devin Nunes (R-CA) walks to the House floor on Capitol Hill on Friday. Nunes has been challenged by his colleagues about over how he acquired and handled classified information that he didn't share with the rest of the committee. Drew Angerer/Getty Images hide caption

March 27, 2017 • Rep. Devin Nunes secretly went to the White House grounds to view classified intelligence, before briefing President Trump and the press on information that other committee members hadn't seen.

March 25, 2017 • Amid mixed messages, a half-million young immigrants brought to the U.S. illegally as children are in jeopardy of losing their protected status under President Trump's administration. 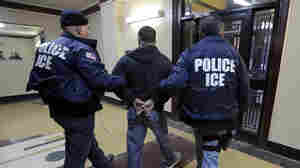 Immigration and Customs Enforcement officers escort a man who was arrested in a New York City apartment building. New York is a city that won't detain noncitizens on behalf of the federal government. Richard Drew/AP hide caption

March 20, 2017 • The Trump administration has ratcheted up pressure on sanctuary jurisdictions by publicizing the first weekly list of cities and counties that have ignored federal requests for cooperation. 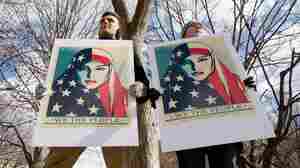 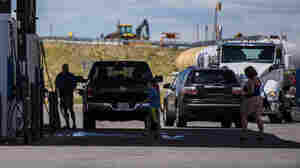 The CAFE standards that set fuel efficiency marks for the auto industry will be reopened for review, the Trump administration says. Here, vehicles refuel at a roadside gas station in New Mexico. Bloomberg via Getty Images hide caption

March 15, 2017 • U.S. automakers may not have to reach fuel efficiency standards that were set during the Obama administration, which had set a target of 54.5 miles per gallon for the 2025 model year. 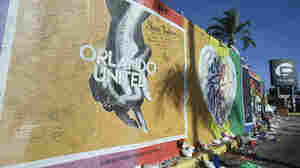 Artwork and signatures cover a fence around the Pulse nightclub, scene of a mass shooting, in Orlando, Fla. Noor Salman, widow of gunman Omar Mateen, is accused of aiding her husband's attack. John Raoux/AP hide caption

March 10, 2017 • Noor Salman, widow of Omar Mateen, is in custody in California awaiting trial in Florida on charges she knew about her husband's plans to attack the Pulse nightclub in Orlando. 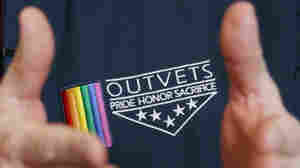 OutVets founder Bryan Bishop wears the logo of his group while speaking in Boston. The group has been invited to participate in the city's privately-run St. Patrick's Day parade. Michael Dwyer/AP hide caption

March 10, 2017 • The controversy over the initial decision to exclude gay veterans had alienated many traditional supporters of Boston's signature cultural event. 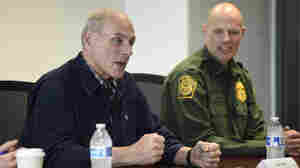 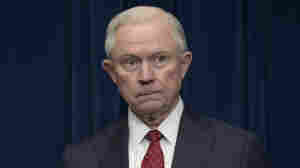 Attorney General Jeff Sessions before making a statement Monday on issues related to visas and travel at the U.S. Customs and Border Protection office in Washington. Susan Walsh/AP hide caption

March 6, 2017 • Sessions said he was clarifying the testimony he gave at his Senate confirmation hearing, and said there wasn't a "continuing exchange of information" between the Trump campaign and Russian officials.

March 6, 2017 • A deadline has been set for firms interested in helping to build a wall along the southern border. Prototype ideas are due this week; the government plans to make some design decisions by mid-April. 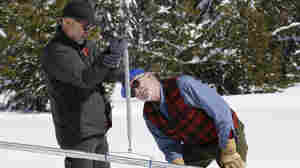 Frank Gehrke (right), California's chief snow surveyor checks the weight of the snowpack on a scale. Scientists say the snowpack is 185 percent of average, which is welcome news after the state's long drought. Rich Pedroncelli/AP hide caption

March 1, 2017 • Despite one of the wettest winters on record, California Gov. Jerry Brown hasn't declared the five-year drought over yet. But the water shortages may to be over. 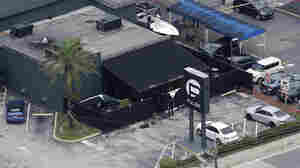 Investigators work at the Pulse nightclub in Orlando, Fla., following a mass shooting in June 2016. A California judge has ruled that Noor Salman, the widow of the gunman, Omar Mateen, can be released pending her trial on charges of aiding her husband's attack. Chris O'Meara/AP hide caption

Judge Rules Orlando Shooter's Widow Can Be Released On Bond

March 1, 2017 • The judge has given prosecutors 48 hours to appeal the bond ruling. The widow of the Pulse nightclub shooter is accused of aiding her husband's terrorist attack in which 49 people were killed. 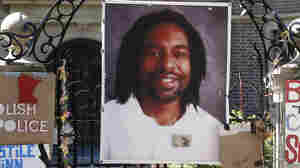 A memorial including a photo of Philando Castile is attached to the gate of the governor's residence in St. Paul, Minn., to protest the July 2016 shooting death. Jim Mone/AP hide caption

February 27, 2017 • The aftermath of the controversial shooting went viral as it was streamed live on Facebook by the Castile's girlfriend. 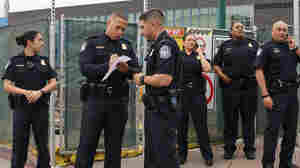 February 24, 2017 • Much attention has been given to President Trump's plans for enforcing immigration laws, but not much has been said about how deportations might affect an already-stressed immigration court system.