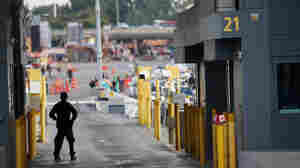 July 26, 2017 • A spokesman for Customs and Border Protection says the agency "has not changed any policies affecting asylum procedures." 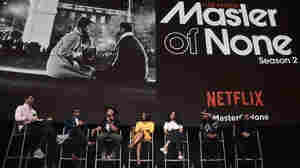 Actors join other creators of Netflix's Master of None in a panel discussion in June. The series is nominated for a best comedy Emmy. Alberto E. Rodriguez/Getty Images For Netflix hide caption

Wall Street Thinks Netflix Is The Next Big Thing

July 18, 2017 • Market analysts see parallels with Tesla and Amazon as the company spends big to grow its business ahead of immediate profits. 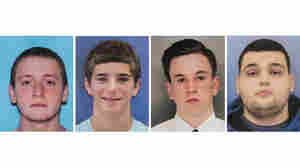 July 13, 2017 • Prosecutors say "a person of interest" admits slaying four men, only one of whom has been positively identified among the grisly remains discovered on a farm.

July 6, 2017 • The Pentagon is considering pulling out of a deal it made with thousands of noncitizen recruits to put them on the fast track to citizenship. It could leave many recruits facing deportation. 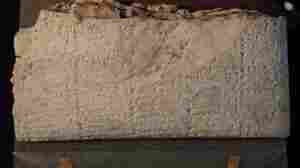 Cuneiform writing on a clay tablet improperly imported into the U.S. by the Hobby Lobby company, which is forfeiting thousands of items. Department of Justice hide caption

July 5, 2017 • The company says its passion for historical Bibles and other artifacts led to "regrettable mistakes." It will pay a $3 million fine for improperly importing items such as ancient clay tablets. 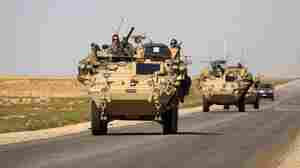 The recruitment program began in 2009 to attract immigrants with medical or language skills, such as surgeons or Arabic speakers. Delil Souleiman/AFP/Getty Images hide caption

July 3, 2017 • The deal the military made with thousands of noncitizen recruits with specialized skills: Sign up and we'll put you on the fast track to citizenship. 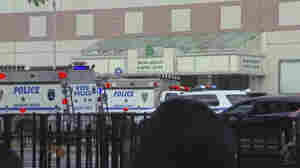 June 30, 2017 • The New York City Police Department says the shooter was found wearing a white lab coat and was a former employee of Bronx-Lebanon Hospital. 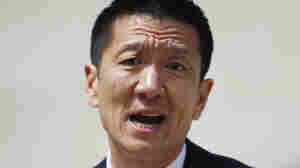 Hawaii Attorney General Douglas Chin speaks at a news conference in Honolulu in March. His office has asked a federal court to review the Trump administration's definition of close family, in the context of the travel ban. Marco Garcia/AP hide caption

June 29, 2017 • Critics of the new limits on entry into the U.S. from six mostly Muslim countries challenge the administration's definition of "close familial relationship." 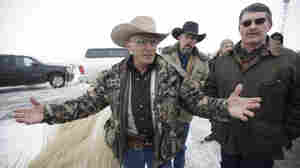 Robert LaVoy Finicum (left), a rancher from Arizona, talks to reporters at the Malheur National Wildlife Refuge near Burns, Ore., in January 2016. His shooting death by state police was found by investigators to be justified. Rick Bowmer/AP hide caption

June 28, 2017 • The charges against the agent were brought amid lingering animosity over the occupation of the Malheur National Wildlife Refuge to protest restrictions on use of federal lands. 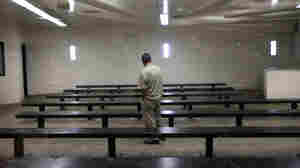 A man waits to be processed at a Border Patrol detention center in Imperial Beach, Calif. Gregory Bull/AP hide caption

June 26, 2017 • The case centers on a man who was detained for three years without the right to appear before a judge and ask to be released on bond. 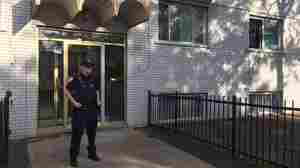 A police officer in Montreal guards the front of an apartment building, where Amor Ftouhi lived before traveling to the U.S. earlier this month. Ftouhi, a Canadian resident, is suspected of stabbing an airport police officer in Flint, Mich., on Wednesday. The FBI said it is investigating it as an "act of terrorism." Julien Besset/AFP/Getty Images hide caption

June 21, 2017 • The FBI identified the assailant as Amor Ftouhi of Quebec. He reportedly yelled "Allahu Akbar," or "God is great," before stabbing an airport police officer in the neck Wednesday in Flint, Mich.

May 31, 2017 • As the Trump administration continues its crackdown on illegal immigration, some prosecutors around the country are looking at ways to avoid prosecuting immigrants when a minor crime might lead to their deportation. 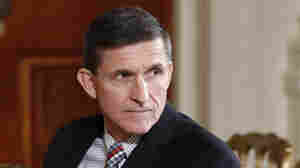 May 23, 2017 • Because former Trump adviser Michael Flynn, citing the 5th Amendment, has refused to turn over documents related to Russia, the Senate Intelligence Committee is trying another approach. 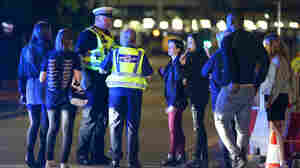 Police and fans outside the Manchester Arena on Monday, following reports of an explosion after Ariana Grande had performed. Dave Thompson/Getty Images hide caption

May 22, 2017 • Police say nearly 60 people have been injured in what is being treated as a terrorist incident. Witnesses reported frantic efforts by concertgoers to flee after the blast at an Ariana Grande show. 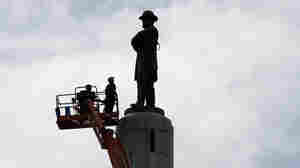 Workers prepare to take down the statue of Robert E. Lee in New Orleans on Friday, the last of four Confederate-related monuments slated for removal. Gerald Herbert/AP hide caption

May 19, 2017 • The statue in Lee Circle was the last of four Confederate-era monuments that the city had pledged to remove amid a swirl of controversy.