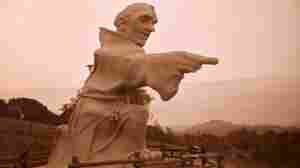 September 22, 2015 • Set to be canonized while Pope Francis is in Washington this week, Junipero Serra and his vision for a series of missions were instrumental in creating the Golden State as we know it.

September 15, 2015 • It has been a record year for wildfires in California, and officials are warning that the end is not yet in sight. NPR checks in on the fires burning in Northern California and the Sierra Nevada.

September 14, 2015 • Thousands of acres continue to burn in Northern California, devouring homes, threatening geothermal plants and leaving scores of evacuated residents unsure whether or not they will return to their homes. Firefighters say they have never seen wildfires behave in this way. At least one person has been confirmed dead, others are unaccounted for.

September 14, 2015 • Two wildfires have swept across 100,000 acres in Northern California, prompting evacuations and an emergency declaration by Gov. Jerry Brown. Fire officials have confirmed at least one death. 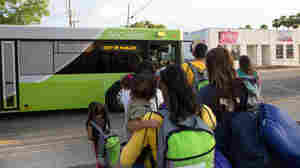 Immigrant families board a bus headed to the downtown bus station in McAllen, Texas, after being released by the Border Patrol. Seth Robbins/AP hide caption

September 8, 2015 • A research group at Syracuse University has determined that Immigration and Customs Enforcement is decreasing its practice of asking local police to hold detained immigrants. 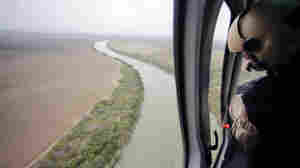 September 3, 2015 • A new study from the Migration Policy Institute shows a slowdown in apprehensions at the U.S. border, thanks in part to increased efforts by Mexico.

September 2, 2015 • Latinos are a big part of the shift of the Catholic Church's strength from the Northeast to the West and South. NPR speaks to Latino Catholics in California about the Pope's upcoming visit.

Analysts See U.S. Border With Mexico As More Secure Than It's Been In 40 Years

August 19, 2015 • A study by the Migration Policy Institute finds that entry by unauthorized immigrants continues to decline, and about half are nabbed by U.S. authorities at least once.

August 15, 2015 • Two murders in California are stoking debate about undocumented immigrants and how state and local authorities cooperate — or don't — with federal officials. 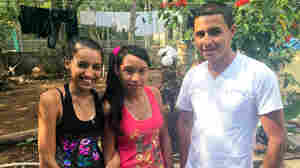 Marta Elsie Leveron, 19, (left) and her brother Freddy David Leveron, 18, have not seen their father since he left El Savador to work in California in 1999. A new U.S. program allows families to reunite if one parent is a legal U.S. resident. The girl in the middle is Liliana Beatriz Leveron, 16, a cousin of the other two. Her parents are in the U.S. and she's seeking to reunite with them as well. Carrie Kahn/NPR hide caption

A Father In California, Kids In El Salvador, And New Hope To Reunite

A Father In California, Kids In El Salvador, And New Hope To Reunite 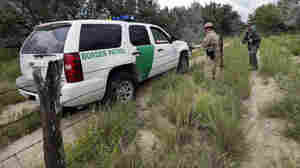 U.S. agents compare notes as they patrol along the Mexico border near McAllen, Texas. A draft report by outside experts calls for steps to confront any claims of corruption in the Border Patrol. Eric Gay/AP hide caption 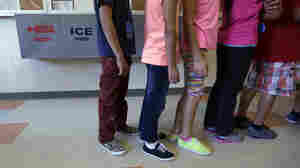 Detained immigrant children line up in the cafeteria at the Karnes County Residential Center, a temporary home for immigrant women and children detained at the border. Eric Gay/AP hide caption

June 12, 2015 • Since the unaccompanied minors crisis last year, the Obama administration is walking a fine line. With a backlog in the courts, many immigrants remain detained with an uncertain future. 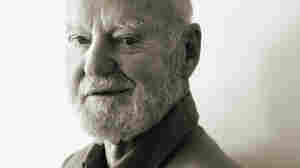 June 11, 2015 • The publisher of Allen Ginsberg's iconic poem "Howl" has three books coming out this year and is also working on a novel. Looking back, he says, "Everything was better than it is when you're old."

June 8, 2015 • The case centered on a law requiring residents to keep handguns under lock and key or to use trigger locks when not carrying their weapons. Another measure bans the sale of hollow-point bullets.

May 26, 2015 • Several Yemeni-American men report being stranded temporarily in Yemen after the U.S. seized their passports. They say the government accused them of fraud and forced them to sign false confessions.