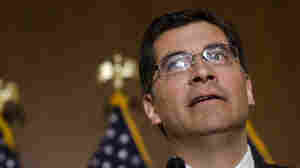 August 7, 2011 • When Standard & Poor's downgraded the U.S. credit rating, it cited a lack of bipartisanship as one major reason. Lawmakers' reactions to S&P's move, at least on the Sunday news talk shows, may have illustrated that point.

August 4, 2011 • Los Angeles County supervisors are refusing to turn over subpoenaed records involving the deaths of youngsters under supervision by the Department of Children and Family Services. The state auditor, who is also looking at child deaths in Alameda, Fresno and Sacramento, says L.A. county's refusal is a crime. The Legislature ordered an investigation into the L.A. county deaths earlier this year after a Los Angeles Times report found that more than 70 children have died since 2008 of abuse or neglect after coming under the purview of county social workers. 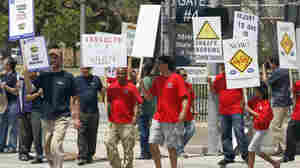 July 21, 2011 • Thousands of assaults occur each year at California's state psychiatric hospitals. Last year, a staffer was killed at Napa State Hospital. Employees there demonstrated, demanding greater safety. Now, protests have spread to a hospital near Los Angeles, where workers say it's not if you get assaulted, it's when.

July 9, 2011 • During the 1976 campaign, Betty Ford was more popular than her husband, President Gerald Ford. Ford, who died Friday, had been a supporter of feminist causes, and her support for abortion rights riled many conservatives during the campaign of her husband, who died in 2007. NPR's Ina Jaffe reports 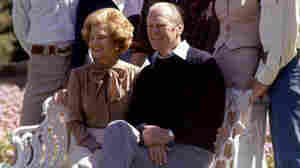 July 8, 2011 • Former first lady Betty Ford was an advocate for women's rights and an inspiration to people struggling with addiction. She died on Friday. 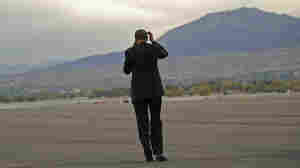 July 1, 2011 • Las Vegas might bring campaign cash, but Republican candidates looking for primary votes might want to pay a visit to cowboy country instead.

June 23, 2011 • After more than 16 years on the run, Whitey Bulger, one of the nation's most infamous mob bosses, was arrested last night in Santa Monica. It came as a result of a tip-off following a nationwide FBI appeal. Bulger, who is accused of nearly 20 murders, was also an FBI informant.

June 19, 2011 • Several Republican presidential contenders spoke on Saturday at the RightOnline conference, a gathering of conservative technology activists. NPR's Ina Jaffe was there. 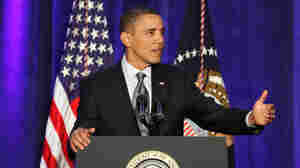 June 17, 2011 • President Obama took his licks from progressives who are meeting at the Netroots Nation Convention, the annual gathering of liberal bloggers and other social media activists. Despite some gains, panelists agreed it hasn't turned out so well for progressives on health care or financial reform or the wars in Afghanistan and Iraq.

May 17, 2011 • Former California Gov. Arnold Schwarzenegger has admitted to fathering a child more than a decade ago with a member of his household staff. Earlier this month, he and wife Maria Shriver announced they were separating. 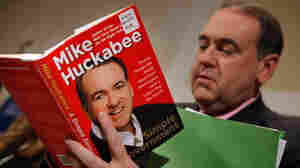 Huckabee signs a copy of his new book, A Simple Government: Twelve Things We Really Need from Washington (and a Trillion that We Don't!), at the National Press Club, February 2011 in Washington. Chip Somodevilla/Getty Images hide caption

May 8, 2011 • Though he spent years as a Southern Baptist minister, the former Arkansas governor says he always considered politics his calling.

April 19, 2011 • There has been a dramatic increase in violence at California's state psychiatric hospitals. A patient at Napa State Hospital died there last week, less than six months after an employee was killed. The state's secretary of Health and Human Services has lifted a hiring freeze to add more clinical and security staff. 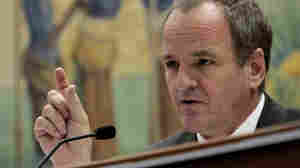 April 8, 2011 • Atascadero State Hospital in central California was built to treat criminals who are mentally ill. But since 2006, assaults on staff have risen markedly. Employees blame the increase on a federally enforced plan that they say requires them to spend more time on paperwork than treating patients. 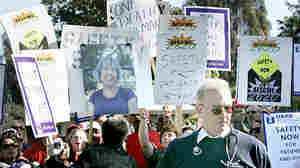 At California Mental Hospitals, Fear Is Part Of Job

April 7, 2011 • When a psychiatric technician at Napa State Hospital was murdered last fall, allegedly by a patient, staffers began going public with their safety complaints. More than 80 percent of the patients at the hospital arrived by way of the criminal justice system — deemed either not guilty by reason of insanity or just too dangerous to be paroled.