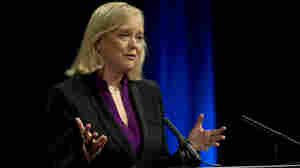 Whitman, Brown Disagree On How To Fix California

September 29, 2010 • Democrat Jerry Brown and Republican Meg Whitman had their first face-to-face debate in the governor's race Tuesday. Brown, a former governor, and Whitman, a former eBay CEO, agreed on only two things: that the state is dysfunctional, and that electing their opponent would continue the state's downhill slide.

Whitman, Brown Disagree On How To Fix California

September 22, 2010 • Eight current and former officials of the Los Angeles suburb of Bell have been arrested in connection with the ongoing scandal over drastically inflated salaries and alleged misuse of city funds. Among those taken into custody is the former city manager who was earning nearly $1 million a year in salary and benefits.

September 21, 2010 • The former city manager of Bell, Calif., and seven other officials of that small Los Angeles suburb have been arrested on corruption charges in connection with the ongoing scandal there over inflated salaries and alleged misuse of city funds. 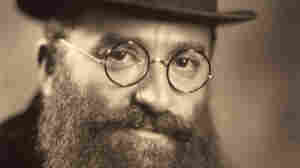 September 6, 2010 • He was said to have sung while still in the crib, and toured Eastern European synagogues before he was 10. And that was just the beginning. By the 1920s, Rosenblatt had transcended the boundaries of Jewish sacred music to become an international sensation.

September 2, 2010 • In blue, blue California, Democratic Sen. Barbara Boxer is in the fight of her political life. Her challenger: Carly Fiorina, the former Hewlett-Packard CEO. The two met in a debate Wednesday night.

August 30, 2010 • The Los Angeles Times has published a controversial database giving ratings for individual teachers in the huge L.A. Unified School District. Teachers and their union are outraged, and claim the ratings are a false measure of classroom performance.

August 17, 2010 • Until recently, Bell, Calif. -- population 40,000 -- had the dubious distinction of having some of the highest paid officials in the country, including a city manager whose salary and benefits package totaled more than $1.4 million. Those officials are mostly gone now, and the salaries are being adjusted. But the fallout from Bell's salary scandal is still rippling across California.

August 10, 2010 • Advocacy groups on both sides of the same-sex-marriage issue are trying to influence the court of public opinion. One group has arranged a 17-state bus tour to protest the issue. Another group is organizing a huge Internet push to garner support.

June 29, 2010 • Tea Party favorite Sharron Angle is challenging Senate Majority Leader Harry Reid in Nevada. So far, she has generally avoided the mainstream media. But on Tuesday, she will answer questions from veteran Nevada political journalist Jon Ralston on his TV program Face to Face. 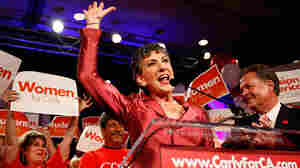 Former Hewlett-Packard CEO Carly Fiorina celebrates her Republican primary win on June 8. Now she's campaigning against incumbent Sen. Barbara Boxer (D-CA). Fiorina argues that Boxer has failed as a leader — but critics point out it was Fiorina who was fired from Hewlett-Packard. David McNew/AP hide caption

June 28, 2010 • Carly Fiorina argues that what sets her apart from incumbent Barbara Boxer is her range of life experience -- from law-school dropout to first female CEO of a Fortune 20 company. But critics say Fiorina neglects to mention that she was fired from Hewlett-Packard.

June 11, 2010 • Medical marijuana is legal in 14 states, and advocates would like to expand that or legalize pot altogether. But the judges, lawyers and therapists who work in drug courts say changing attitudes make it harder to convince people that marijuana is a problem.

June 1, 2010 • Senate Majority Leader Harry Reid is back in Nevada this week campaigning for re-election. Democrats are worried they could lose that seat. Reid has poll numbers as weak as any incumbent in the country.

May 25, 2010 • President Obama travels to California on Tuesday to raise money for Democratic Sen. Barbara Boxer. Her unabashed liberalism has marked her as a senator Republicans love to hate. And with voters' anti-incumbent mood, three potential Republican challengers think this is the year they can beat her. 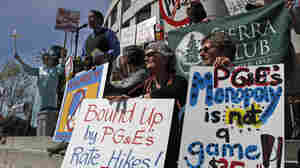 May 24, 2010 • California voters have used ballot initiatives to rewrite the laws on everything from taxes to medical marijuana. But increasingly, large corporations are behind the initiatives. The state's largest for-profit electric company and a major auto insurer have poured millions into questions on the ballot this June.