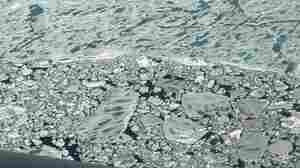 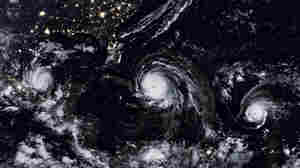 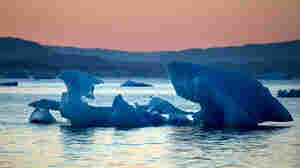 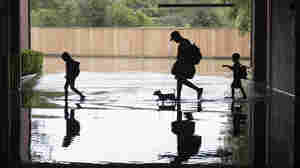 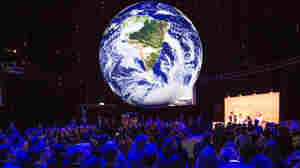 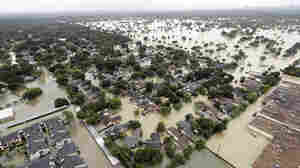 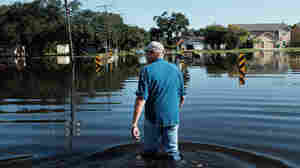 November 2, 2017 • The U.S. government's most comprehensive climate report to date is at odds with the statements made by President Trump and his Cabinet.

September 27, 2017 • With the help of federal flood insurance, many homeowners will rebuild after disasters. Some properties already have flooded many times. It'd be cheaper to buy owners out, but that's not happening. 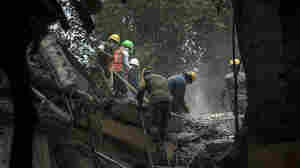 September 20, 2017 • The problem is that just to the west, a huge slab of the Earth's crust called the Cocos Plate is grinding relentlessly toward North America. And it's running under another slab to the north.

September 9, 2017 • As Irma approaches the U.S. and Jose spins in the Atlantic, many are wondering what hurricanes' connection to climate change might be. 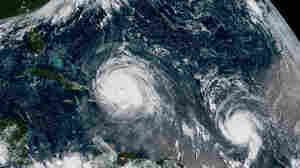 In this GOES-16 geocolor satellite image taken Thursday, the eye of Hurricane Irma (left) is just north of the island of Hispaniola, with Hurricane Jose (right) in the Atlantic Ocean. NOAA/AP hide caption

September 8, 2017 • Warmer waters and air are playing a role in this year's monster storms.