President Trump Expected To Make Decision On Paris Climate Accord

May 31, 2017 • President Trump is expected to make a decision regarding whether or not the U.S. will pull out of the Paris climate accord. NPR takes a look at the potential political and environmental impacts of leaving the agreement.

President Trump Expected To Make Decision On Paris Climate Accord

May 27, 2017 • Today President Trump is at the G-7 summit and high on the agenda is climate change. Many world leaders are imploring Trump stay in the global climate agreement, but emissions are going down already. 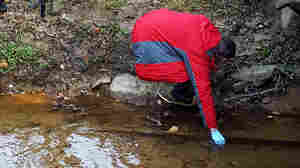 May 8, 2017 • The Sea Grant program, which funds research on coastal environments, is slated by White House for elimination in 2018. If it goes, a project that finds leaking septic tanks goes down the drain, too. 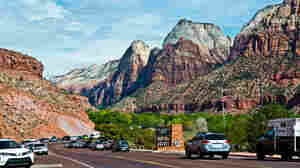 Cars line up at the south entrance to Zion National Park in Utah, bringing with them the urban soundscape. Education Images/UIG via Getty Images hide caption

May 4, 2017 • A new survey shows that the sound of cars and planes and other forms of noise pollution are rampant across the American wilderness. In many cases, man-made noise is drowning out the background sounds.

Coal is piled up at the Gallatin Fossil Plant in Gallatin, Tenn. Mark Humphrey/AP hide caption

Environmentalists, Coal Companies Rally Around Technology To Clean Up Coal

May 1, 2017 • The industry has been in decline for years, partly because burning coal creates CO2 and warms the atmosphere. But there's a way to capture it — which has drawn praise from traditional enemies.

Environmentalists, Coal Companies Rally Around Technology To Clean Up Coal 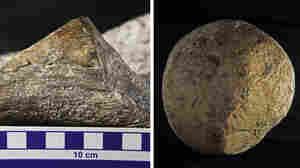 (Left) A close-up view of a spirally fractured mastodon femur. (Right) A boulder discovered at the Cerutti Mastodon site in San Diego County thought to have been used by early humans as a hammerstone. Tom Démeré/San Diego Natural History Museum hide caption

April 26, 2017 • Until now, the earliest signs of humans in the Americas dated back about 15,000 years. But new research puts people in California 130,000 years ago. Experts are wondering whether to believe it. 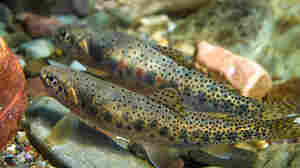 Native westslope cutthroat trout swim in the north fork of the Flathead River in northwestern Montana. However, cutthroat trout populations are threatened by hybridization from mating with rainbow trout. Jonny Armstrong/USGS hide caption

April 18, 2017 • Native cutthroat trout, an iconic part of the mountain West, thrive in cold streams. But warmer weather has allowed invaders to move in — and it's killing off the cutthroats. 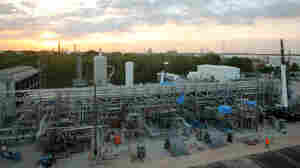 NET Power has built carbon capture technology into its power plant outside Houston, which will generate electricity by burning natural gas. The demonstration project should be fully operational later this year, according to NET Power. Courtesy of NET Power hide caption

April 10, 2017 • The idea behind "clean coal" is technology that would capture for reuse most of the carbon dioxide emitted by coal-burning power plants. Entrepreneurs aim to use similar tech to clean natural gas. 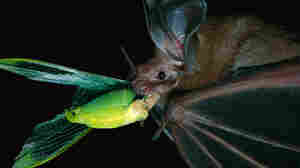 March 31, 2017 • This week's executive order to roll back climate regulations may sit well with the fossil fuel industry, but most of corporate America is unimpressed. Many large companies are sticking to their plans to tackle climate change by investing in renewable energy and green practices.

March 27, 2017 • President Trump is expected to ditch the Clean Power Plan this week. The CPP regulations would reduce emissions of greenhouse gases that warm the planet. Without it, the U.S. won't live up to its pledge, made in Paris in 2015, to make deep cuts in emissions. That could jeopardize the Paris deal, in which nearly 200 nations made similar pledges. 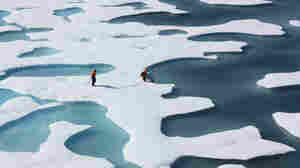 A U.S. Coast Guard crew retrieves a canister dropped by parachute in the Arctic in 2011. Over the past four decades, researchers at the University of California, Santa Barbara, and several other universities have studied shifts in atmospheric circulation above the Arctic. NASA/Kathryn Hansen hide caption

March 14, 2017 • Researchers say 30 percent to 50 percent of the ice loss is due to natural variation in temperature and humidity, while human-caused warming is responsible for the rest. 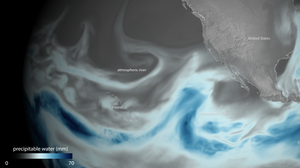 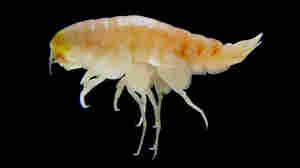