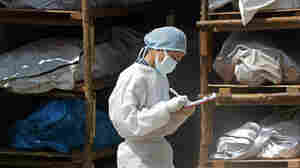 A Thai medic checks bodies for forensic identity in Phang Nga province in southern of Thailand on Jan. 11, 2005. Thousands of people were killed in Thailand after a massive tsunami struck on Dec. 26, 2004. Pornchai Kittiwongsakul/AFP/Getty Images hide caption

September 13, 2013 • For decades, DNA has been used to identify victims of crime, even victims of war crimes. But there's no international standard for using DNA analysis for identifying bodies after a disaster. So some scholars are calling for an international group with the same reach as weapons inspectors. 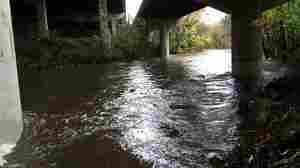 Gwynns Falls runs beneath Interstate 95 at Carroll Park in Baltimore. The chemistry of this river, like many across the country, is changing. Courtesy of Sujay Kaushal hide caption

'Rivers On Rolaids': How Acid Rain Is Changing Waterways

September 13, 2013 • The chemistry of dozens of streams and rivers across the U.S. is changing. Waters are becoming more alkaline — the opposite of acidic. And the reason is counterintuitive — researchers believe that acid rain is to blame.

'Rivers On Rolaids': How Acid Rain Is Changing Waterways

Immense Underwater Volcano Is The Biggest On Earth

September 6, 2013 • Scientists report in the journal Nature Geoscience that they've uncovered the largest volcano on Earth in the Northwest Pacific Ocean, about 1,000 miles east of Japan. In fact it's one of the largest in the solar system, second only to Olympus Mons on Mars. Scientists have been studying the massive structure for decades, but now are confirming it's a single volcano about the size of New Mexico. It rises about four miles off the sea floor, but doesn't break through the ocean surface. Called Tamu Massif, it hasn't erupted in more than 130 million years, helping to keep its true nature secret.

Immense Underwater Volcano Is The Biggest On Earth 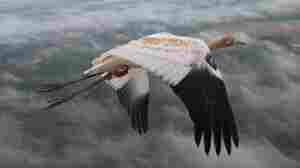 This young whooping crane is on its first fall migration, guided by an Operation Migration ultralight aircraft. Each whooper in this population wears an identification band, and many carry tracking devices that record their movements in detail. Joe Duff/Operation Migration USA Inc. hide caption

August 30, 2013 • A decade ago, cranes that had never before migrated followed the lead of an ultralight plane to learn the route south. Several generations later, old cranes are teaching young birds to navigate that same route. It's a clue that migration is a combination of nature and nurture, researchers say. 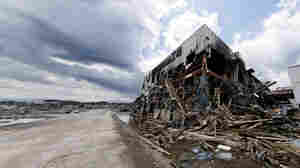 Kesennuma, in the Tohoku region of Japan, was devastated in a March 11, 2011, earthquake and tsunami. A researcher studying recent mega-quakes says this one, centered some 300 miles from Tokyo, could actually mean an increased risk of a quake hitting Japan's capital, one of the most populous metropolitan areas in the world. Suzanne Mooney/Barcroft Media/Landov hide caption

August 23, 2013 • A new scientific report claims that a powerful quake can, in effect, be contagious. The finding could have important implications for hazard planning in earthquake zones. 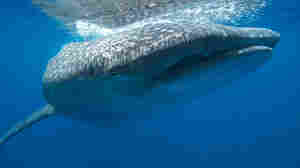 A whale shark dives near the surface in waters off the coast of Mexico. Marj Awai/Georgia Aquarium hide caption

Where The Whale Sharks Go

August 22, 2013 • A nine-year study tracked more than 800 of the massive and largely mysterious whale sharks. For the first time, researchers have tracked the sharks' far-flung migration and where they may go to give birth.

Where The Whale Sharks Go 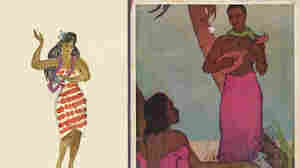 August 9, 2013 • An ecologist wondered if Hawaiian menus might help explain what happened to Hawaii's sea turtle population. But the menus revealed another marine tragedy: that local fish numbers had dropped to about a tenth of what they once were. 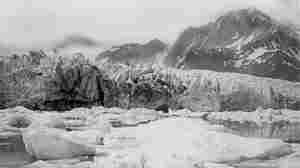 August 6, 2013 • The federal government's top climate scientists announced Tuesday that 2012 was really hot — among the top 10 hottest years on record and the hottest ever in the U.S., with rising sea levels, less Arctic sea ice and warmer oceans. And the American Geophysical Union called humanity "the major influence" on global climate change. 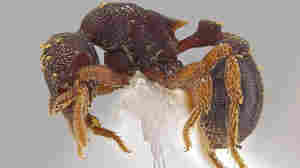 A side view of the new ant species Eurhopalothrix zipacna. Mounting glue and paper appear beneath the ant, one of 33 new species discovered in Central America by Jack Longino, a biologist at the University of Utah. John T. Longino/University of Utah hide caption

August 1, 2013 • All told, the scientist has discovered 131 new species of animals in his career, and some are so scary-looking, he's named them after demons. It's a task that's taken more than 30 years of crawling through rain forests to accomplish, and Longino says he's still only scratched the surface. 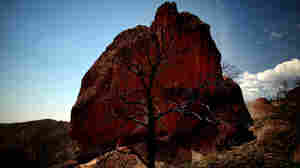 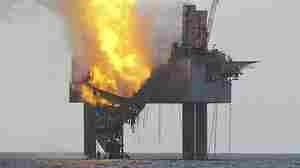 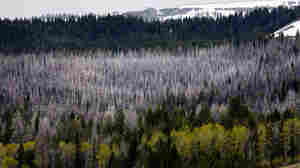 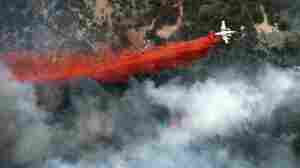 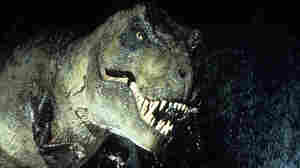 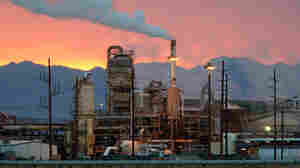