Accessibility links
Rick Karr Rick Karr reports from New York on culture and technology for NPR News. He has also been a contributor to the PBS show NOW with Bill Moyers. 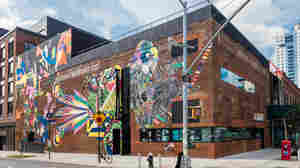 National Sawdust is aiming to be the kind of institution that can do what the Metropolitan Opera or the New York Philharmonic does for mainstream artists. Vicente Muñoz/National Sawdust hide caption

September 22, 2018 • The nonprofit located in Brooklyn functions as performance space, record label and artist incubator. Despite its small size, it has a foundation with a $450,000 fund to develop new work. 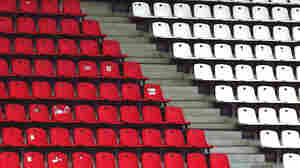 The White Stripes officially broke up in 2011, but the band's presence is still felt in sports stadiums around the world thanks to the song "Seven Nation Army." Jessica Bindernagel/EyeEm/Getty Images hide caption

July 11, 2018 • From the Queen of England to the hounds of hell, just about anyone can sing its hypnotic riff. Here's why The White Stripes' "Seven Nation Army" is the world's biggest sports anthem.

'We Shall Overcome' Ruled Public Domain In Copyright Settlement

January 27, 2018 • The civil rights anthem "We Shall Overcome" is now in the public domain. The music publishers that copyrighted the song in the 1960s settled the lawsuit on Friday.

'We Shall Overcome' Ruled Public Domain In Copyright Settlement

November 20, 2017 • Artwork by current and former detainees of Guantanamo Bay is on display at the John Jay College of Criminal Justice in Manhattan. But what does the art represent and why did the college choose to display it?

October 18, 2017 • The last known privately owned painting by Leonardo da Vinci is going up for auction. But it will probably go back into private hands because no museum can afford the price. "Salvator Mundi" is likely to sell for more than a $100 million.

September 26, 2017 • The Guggenheim Museum in New York City announced late Monday night that it would be withdrawing three works from an upcoming exhibition of contemporary Chinese art over protests from animal rights groups.

August 30, 2017 • The Norman Lear Center at the University of Southern California hands out the Sentinel Awards to TV shows for outstanding accurate depictions of health, climate change and security issues.

August 11, 2017 • The New York museum opened a permanent exhibition on the work of the late Jim Henson, including a Big Bird puppet, David Bowie's costume from Labyrinth and Muppets, all gifts of Henson's estate. 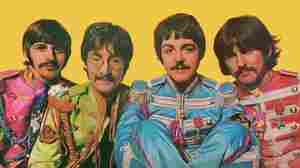 The complex soundscape of Sgt. Pepper's Lonely Hearts Club Band was created under technological limitations that have since disappeared. Courtesy of the artist hide caption

June 1, 2017 • In crafting Sgt. Pepper's, producer George Martin, engineer Geoff Emerick and the Fab Four pushed the recording-studio technology of the late '60s to its limits.

March 4, 2017 • Gary Lucas, known for playing with the late Captain Beefheart and as the late Jeff Buckley's songwriting partner, built reputation with film music. His latest is for an early Orson Welles comedy. 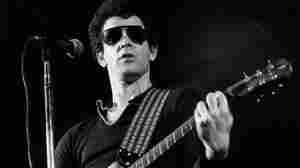 March 2, 2017 • Reed's widow, Laurie Anderson, is donating his personal archive to the New York Public Library on the occasion of what would have been his 75th birthday. 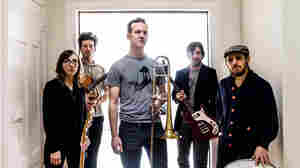 December 13, 2015 • The composer and trombonist has covered a lot of territory, from jazz to Balkan brass bands to arranging for Kronos quartet. His latest album enlists three guitars and one very esoteric concept. 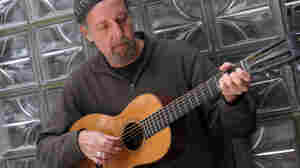 To create his album Tangier Sessions, Sir Richard Bishop had to learn to love a mysterious and temperamental acoustic guitar. Courtesy of the artist hide caption

July 26, 2015 • Bishop's new album, Tangier Sessions, springs from a love affair with a mysterious and temperamental guitar, found in a secondhand store in Switzerland and inscribed with indecipherable writing.