Accessibility links
Allison Keyes Allison Keyes is an award-winning journalist with 20 years of experience in print, radio, and television. Along with reporting for NPR's News & Notes with Ed Gordon from her base in New York, she has served as a substitute host for the program. 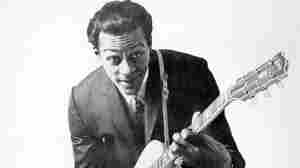 March 18, 2017 • Berry was central to the development of rock 'n' roll, with indelible hits like "Maybelline," "Roll Over Beethoven," "Rock and Roll Music" and "Johnny B. Goode." 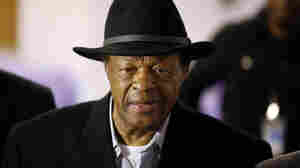 Washington, D.C., Councilman and former Mayor Marion Barry was famously re-elected after going to jail for crack cocaine possession, but started out as a champion for the city's disenfranchised. Alex Brandon/AP hide caption

November 23, 2014 • The fiery Washington, D.C., politician who was famously re-elected after going to jail for crack cocaine possession, has died after months of battling a number of health issues. He was 78. 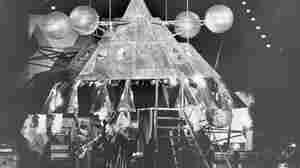 June 4, 2014 • The Smithsonian is bringing back the funk. Parliament-Funkadelic's iconic stage prop, which would descend to the stage in a blaze of flashing lights, will anchor a new exhibit. 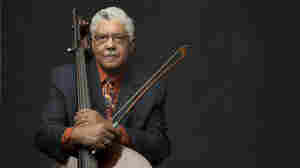 Rufus Reid has played with just about everybody in the mainstream jazz world. His latest project, Quiet Pride, is based on works by the late sculptor and civil rights activist Elizabeth Catlett. Jimmy Katz/Courtesy of the artist hide caption

May 18, 2014 • Jazz bassist Rufus Reid has played with just about everybody in the mainstream jazz world, but his latest project is a work exploring the intersection of music and the visual arts.

May 13, 2014 • Arlington National Cemetery kicks off celebrations of its 150th anniversary by commemorating its first military burial on May 13, 1864. Members of the family of Army Pvt. William Christman will participate in a wreath laying ceremony and place a stone of remembrance from the family's original home. 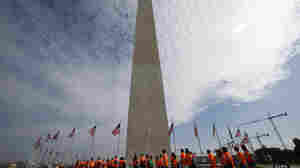 Students from Bridge Street Middle School in Wheeling, W.Va., walk at the Washington Monument, ahead of a ceremony Monday to celebrate its reopening nearly three years after it was closed following damage sustained during an earthquake in August 2011. AP hide caption

May 4, 2014 • A Maryland gun shop owner has backed off on a plan to sell the nation's first smart gun after receiving death threats and protests from gun rights advocates. 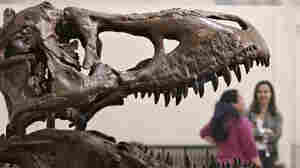 A cast of a Tyrannosaurus rex skull greets visitors as they enter the Smithsonian Museum of Natural History in Washington. J. Scott Applewhite/AP hide caption

April 27, 2014 • The Museum of Natural History in Washington, D.C., got its new T. rex just in time to close its fossil hall for five years of renovations — longer than some dinosaur fans have even been alive.

April 24, 2014 • Customers will be able to send and receive up to $900 at a time at more than 4,000 U.S. stores. Analysts don't think the other money transfer clients will be hurt because of their loyal customer base.

March 19, 2014 • The possible indictment of incumbent D.C. Mayor Vincent Gray has turned what many expected to be a routine election into a referendum on whether voters trust him.

March 11, 2014 • State officials on Monday told a state House panel that if the legislation involving Holocaust reparations passes, it could jeopardize federal funding for a planned light rail project in the state. 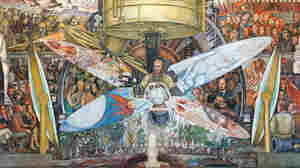 After the Rockefeller Center mural was destroyed in 1934, Diego Rivera recreated this version, named Man, Controller of the Universe, which is on display at the Palacio de Bellas Artes in Mexico City. The story of the original mural's creation and destruction is the focus of a Mexican Cultural Institute exhibition in Washington, D.C. Courtesy of Museo Frida Kahlo hide caption

March 9, 2014 • When Mexican artist Diego Rivera was commissioned to do a mural for Rockefeller Center, some may have wondered whether industrialist tycoon John D. Rockefeller Jr. knew what he was getting into.

As Calendar Flips To March, People Grow Sick Of The Snow

March 3, 2014 • Another winter storm roared through the U.S., grounding flights and shutting down schools and offices from the South through the Mid-Atlantic. Many are getting sick of the winter wonderland.

As Calendar Flips To March, People Grow Sick Of The Snow

February 28, 2014 • The Brady Handgun Violence Prevention Act turns twenty years old on Friday. The law made background checks a requirement for gun purchases for licensed dealers. A lot has changed in two decades.