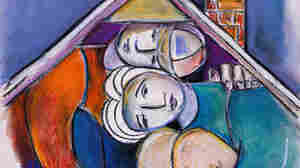 Should Pediatricians Ask Parents If They're Poor?

May 18, 2016 • It may seem like nobody's business, but there's abundant evidence that living in a home with poverty can harm children's health. And there are proven ways that doctors can help with that. 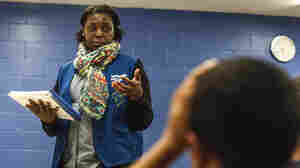 Yolanda Roberson, who directs the Empowerment program, teaches a class at a Boys and Girls Club in the Bronx. The classes are funded by the state of New York. Robert Stolarik/Courtesy of Youth Today hide caption

November 12, 2015 • Many people who become addicted to drugs, tobacco or alcohol start using as teenagers. So more effort is being put into helping teenagers stop before they get in too deep. 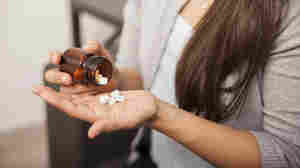 Children and teens in foster care are much more likely to be prescribed antipsychotic drugs. iStockphoto hide caption

California Approves Laws To Cut Use Of Antipsychotics In Foster Care

October 8, 2015 • The laws are intended to reduce inappropriate prescribing of powerful antipsychotics to children and teens in foster care. Public health nurses will monitor medical records. 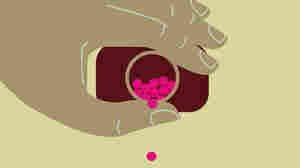 September 2, 2015 • There's ample evidence that children in foster care often get powerful psychiatric medications when other treatments would be safer and more effective. But those treatments can be hard to get.

May 25, 2010 • In California, where community college nursing programs have huge waiting lists, many students are turning to for-profit colleges. Critics say students are being forced to take on more debt than they can afford.

April 5, 2010 • California needs 10,000 nurses, but the waiting list is so long at the state's community colleges that prospective nursing students are waiting for years to get in. Some are turning to private schools despite much higher costs.

November 30, 2009 • Parents and volunteers in Palo Alto, Calif., have begun a nightly watch at a railroad crossing where four teens from the same high school have been victims of suicide in the past six months.

March 4, 2008 • One silver lining in the real estate crisis is that nonprofits are finding great land deals. Developers who had been sitting on tracts of land slated for development are dumping the parcels at fire-sale prices. Habitat for Humanity, which builds housing for needy families, is aggressively buying properties it couldn't afford a few years ago.

February 28, 2008 • The government is releasing a revised figure for fourth-quarter growth Thursday. The initial estimate was a very weak 0.6 percent. The new figure will finally determine if the U.S. economy is headed into recession.

February 8, 2008 • Every time the Federal Reserve cuts interest rates, consumers expect to see lower rates on consumer loans. But many banks are going through hard times, and their customers haven't necessarily seen the benefits of lowered rates, especially with their credit cards.

February 6, 2008 • Say the word "Clorox," and harsh products like bleach may come to mind. But the Oakland, Calif.-based company is making a big push into the market for eco-friendly cleaning supplies. Green Works, a line of "green" cleaning products, is the company's first new brand in decades.

February 4, 2008 • AOL will stop providing technical support for the Netscape browser, which gave millions of Americans their first experience in surfing the Web. But Netscape lives on with Firefox, an open-source alternative to Microsoft's Internet Explorer.

January 28, 2008 • California's real-estate industry awaits a plan to raise the limit on mortgages backed by federal agencies Fannie Mae and Freddie Mac. The move, part of a stimulus package Congress is considering, would lower borrowing costs and open up credit in higher-price housing markets.

January 23, 2008 • A federal court has cleared the way for San Francisco to start charging employers for the health-care costs of uninsured employees. Restaurant owners have sued to block the ordinance, but for now, the court says the city has the right to begin collecting premiums.

January 11, 2008 • Bank of America announces it will acquire Countrywide in a stock deal valued at $4 billion. Countrywide, the nation's largest mortgage lender, had few options after losses related to the subprime mortgage crisis. Analysts believe the company faced bankruptcy if it didn't work out a deal to be acquired.