July 31, 2015 • A series of sting videos targeting Planned Parenthood is raising questions about the field of fetal tissue research. Companies who buy and sell such tissue defend their work.

July 15, 2015 • House Speaker John Boehner is calling for an investigation of Planned Parenthood after a sting video alleged the organization sells aborted fetal body parts, which is illegal.

June 26, 2015 • People from around the country react to Friday's Supreme Court decision on same-sex marriage. 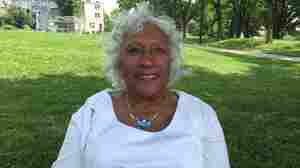 Helena Hicks has remained active in Baltimore through eras of desegregation and the drug trade. Now she gives back to her childhood neighborhood, the same one where Freddie Gray lived. Jennifer Ludden/NPR hide caption

June 26, 2015 • Sixty years ago, Helena Hicks helped desegregate the city's lunch counters. In the wake of Freddie Gray's death, the 80-year-old has continued to advocate for Baltimore's poor, black residents. 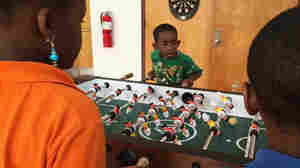 Najuel Gaylord plays foosball at the Lillian S. Jones Recreation Center in West Baltimore's Sandtown neighborhood. Local recreation centers, which have a long tradition in Baltimore, provide a much-needed refuge for children in some of the city's poorest areas. Jennifer Ludden/NPR hide caption

June 23, 2015 • Several dozen recreation centers offer aftercare and summer camp for children in the city's poorest neighborhoods. But they also give kids the family stability and structure that so many of them lack. 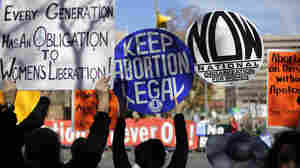 Abortion-rights supporters (foreground) try to disrupt an anti-abortion march to the Texas Capitol during a Texas Rally for Life on Jan. 24 in Austin, Texas. Eric Gay/AP hide caption 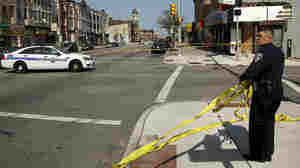 June 5, 2015 • Accusations against police of a slowdown has heightened longstanding mistrust of police. While steps are being taken to rebuild that trust, that's hard to do when police are out combating violence. 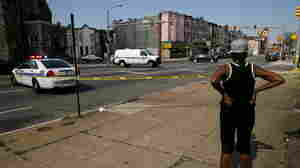 A resident in the neighborhood where Freddie Gray was arrested and where residents rioted over his death in April looks on at the scene of a shooting at the intersection of West North Avenue and Druid Hill Avenue in West Baltimore, Md., on May 30. Jim Bourg/Reuters /Landov hide caption

June 4, 2015 • Homicides have spiked in Baltimore since April, when six police officers were charged in the death of Freddie Gray. But arrests have fallen, and some accuse the police of a deliberate slowdown. 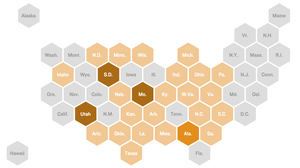 June 2, 2015 • State lawmakers passed dozens of bills to restrict abortion this session. One trend: making women wait ever longer, up to 72 hours in some states, before having the procedure. 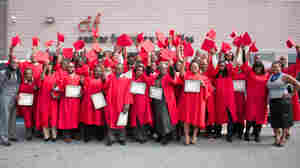 toggle caption
Courtesy of the Center for Urban Families

May 15, 2015 • For years now, the Center for Urban Families has provided training in the city's poorest neighborhood. People don't just work on their resumes, but also attitude and life skills.

May 10, 2015 • A Maryland couple made national headlines after Child Protective Services investigated them for letting their children walk home from a park alone. Now, other parents are staging a defiant protest in support.

May 7, 2015 • A feminist group at the University of Mary Washington is suing the school under Title IX for allegedly failing to respond to various threats made against them. Some are tied to the anonymous social messaging app Yik Yak.