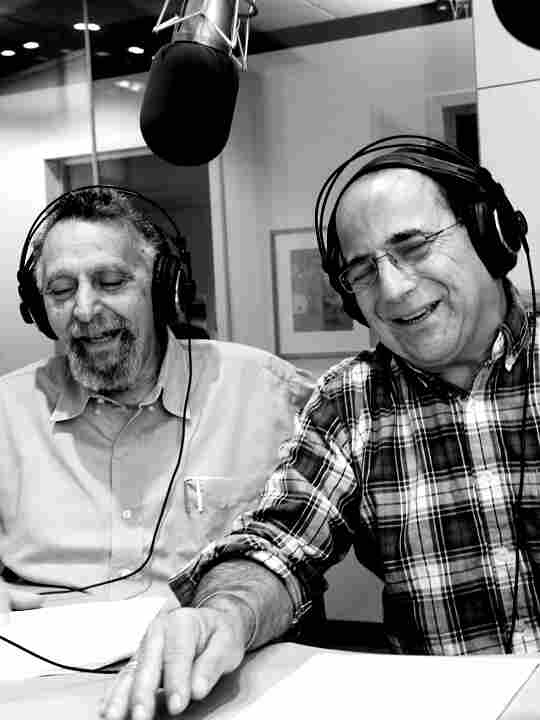 On November 3, 2014, Car Talk co-host Tom Magliozzi passed away from complications of an illness.

Tom and Ray Magliozzi, the Peabody Award-winning hosts of Car Talk on NPR, are better known as "Click and Clack, the Tappet Brothers" — taking their names from the clickety-clack sound made by aging autos. Tom and Ray dispense car advice in the broad accents of the tough East Cambridge neighborhood where they grew up. Both are graduates of the Massachusetts Institute of Technology.

In 1977, Tom and Ray were invited to the studios of NPR member station WBUR in Boston, along with other area mechanics, to discuss car repair. Tom accepted the invitation, and when he was invited back the following week, he asked, "Can I bring my brother, Ray?" The rest, as they say, is history. The Magliozzis were subsequently given their own weekly program, Car Talk, which soon attracted a large local following.

In January 1987, then host Susan Stamberg asked Tom and Ray to be weekly contributors to NPR's Weekend Edition and on October 31, 1987, Car Talk premiered as a national program, presented by NPR.

Tom Magliozzi holds a doctorate in marketing and has taught at Boston and Suffolk Universities; he now runs his own consulting business. Ray Magliozzi is still at the Good News Garage. He has taught adult education automotive courses, worked for the Consumer Affairs Division of the state attorney general's office, and is a member of the National Car Care Council. The brothers also produce a highly successful newspaper column for King Features Syndicate, "Click and Clack Talk Cars," and an award-winning website, the Car Talk section of cars.com.

Car Talk is produced for NPR by Dewey, Cheetham & Howe and WBUR in Boston. Doug Berman is the Executive Producer.